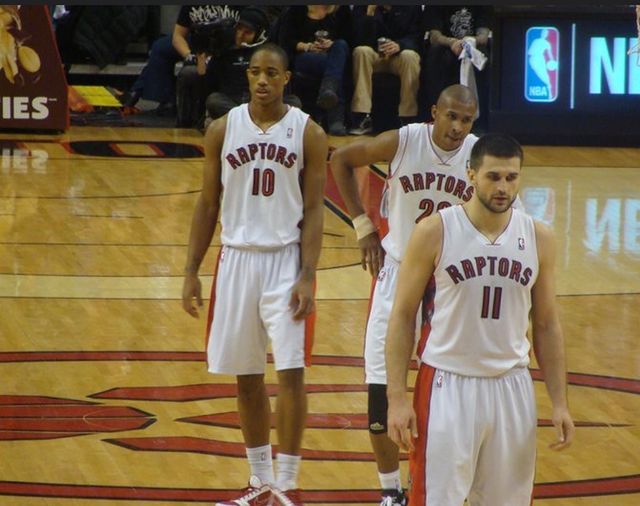 The Toronto Raptors could see their dreams of being in the playoffs this season at stake because of the numerous injuries to their star players. They currently battle for 10th place which will see them battle, along with five other teams, for a place in the playoffs.

The Raptors starting lineup are OG Anonoby, Scottie Barnes, Pascal Siakam, Gary Trent Jr and Fred VanVleet. Preseason injuries had a few of their key players having to undergo surgeries resulting in a few delayed comebacks to the court. Having to improvise the team has them in the bottom five positions in the Eastern Conference standing.

The Toronto Raptors have been able to forge through the injuries sustained by the players, with a three-win to two losses in their five last encounters. The team as a whole seems to have recovered from the battle ahead to the playoffs. This is good news considering reviewed sportsbooks on https://www.maplecasino.ca/sports-betting/ and punters are ready with favourable odds and parlay bets.

Christian Koloko was on the day-to-day injuries listing when he experienced some difficulties with his knee back in December. The player has made a full recovery, but with the playoffs looming, he goes back to the bench with the return of starting lineup Fred VanVleet.

Scottie Barnes suffered a left knee sprain earlier in the season which had him have to be benched for a few games. The team’s management placed him on a day-to-day listing, placing caution so as not to aggravate it. With the new year, fans will be able to see the second-year forward help the team in their fight for the playoffs.

Khem Birch’s off-season surgery to his right knee saw him make a slow comeback to the team this season. Either than a hiccup due to illness in December, the player’s presence is welcome to fans of a season which has been plagued by injuries.

Scottie Barnes is another Raptors player who was not able to escape the pre-season injuries. The player saw a slow start to his season campaign but gained momentum with game stats. His performance might provide a silver lining for the team as they battle for play-in at the playoffs.

Delano Banton has to miss three games in a row because of an ankle sprain injury after the start of the new season. The player came back strong after the hiatus to command a formidable presence against the Raptors game at Iowa and Capital City.

Juancho Hernangomez has also had difficulties due to a right ankle injury this past season. The NBA veteran saw almost two weeks off the court due to the injury. He has made full recoveries and is set to be included in the games to follow until the rest of the season. The player moves from being in the starting lineup to a reserve role in the team.

Fred VanVleet has been on the bench three times this season because of spasms in his back. Though team management has placed him on a day-to-day listing, there is little consolation for the fans as he managed only 23 minutes of play late last month against the Clippers.

In December Gary Trent Jr missed a game due to a quad injury, though his comeback from the injury does not seem to have affected his game. The player has been able to average 38.5 minutes and 23.8 points from games played in January of the 2022-2023 season.

Precious Achiuwa’s right ankle ligament tear injury had seen the player sidelined for 24 games. His name has been on and off the injury list throughout the season. This has resulted that he has had limited time to play on the court this season. He has been able to make his comeback, with his assists in the last games helping the team to some much-needed wins.

It’s official, Otto Porter has been ruled out for the remainder of the season. His dislocated toe injury will require surgery. He will not be able to be a part of any hopes the Raptors have at entering the playoffs or edging higher on the team's log.

Malachi Flynn suffered a cheekbone injury which required him to undergo surgery to correct it. He was not ruled out for the entire season and returned to the basketball court wearing a mask. According to Coach Nurse, the player had been showing promising performance in the preseason, but it seems his promising form was impacted by the injury.

OG Anunoby was out for two separate injuries this season. A fractured finger injury had him out for two weeks to recover and a sore hip required him to rest for just a little while. Based on his stats, Anunoby’s recovery has not affected his game.

Either than Otto Potter who has been ruled out the rest of the season, Raptor's injury list seems to have improved as we move towards the end of the season. The team starting line-up now has to work towards getting back to form if they are to have any chance of seeing the inside of a play-offs court