Raptors Media Day: A View From The Scrum

This morning was Toronto Raptors Media Day, a chance for the team to say hello to all the people who cover the franchise.

Share All sharing options for: Raptors Media Day: A View From The Scrum

The 20th season of the Toronto Raptors officially kicked off today, as it does every year, with Media Day.

Beginning at around 10am for the first time at Real Sports Bar & Grill, the hoi polloi of Toronto's sports media were on hand to meet and greet this year's team. The majority of the morning, however, felt like something of a reunion. The Raptors approach the coming season with most of last year's team intact and momentum on a definite upswing. The event had a fairly loose and informal air to it, but the question of expectations seemed to be on everyone's mind.

As I was a first time attendee to Media Day, keeping my bearings was the first order of business. Fortunately, the event was set up as a series of structured scrums, with each player rolling out to face the cameras and microphones of the assembled media. I stood in, took pictures and listened. Here are some of the highlights.

First up is Patrick Patterson, excited to be back. 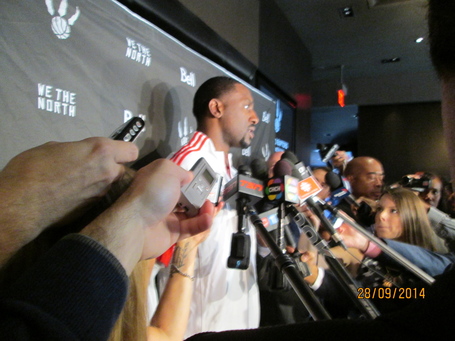 Greivis Vasquez jokes with the crowd. He gets my vote for the roster's best haircut, obviously. 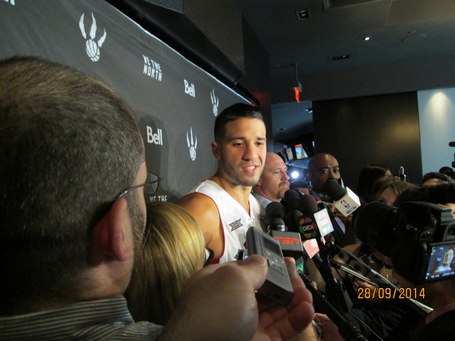 Lou Williams arrives to talk about the Raptors gaining respect. 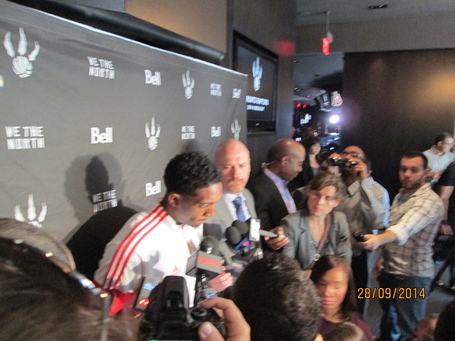 Chuck Hayes reflects on being the oldest player on the team. 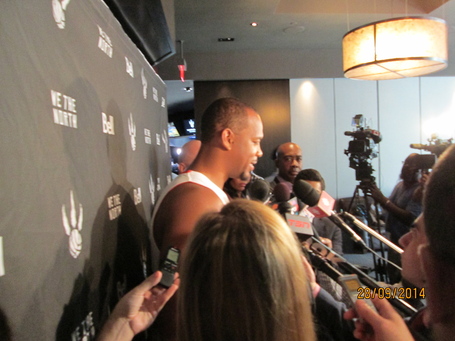 Landry Fields gets candid about his new role with the Raptors. 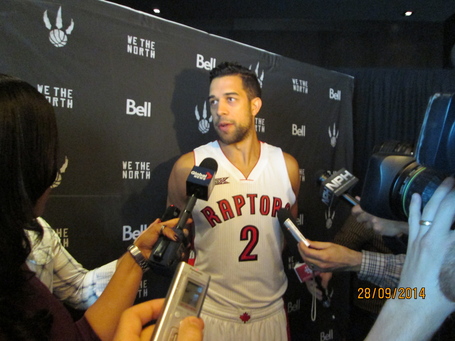 Let's just say Amir was having some fun out there. 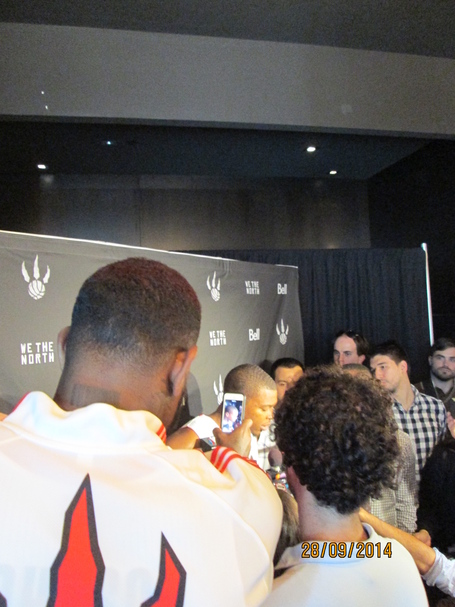 Dwane Casey holds court - and lends the day some gravitas. 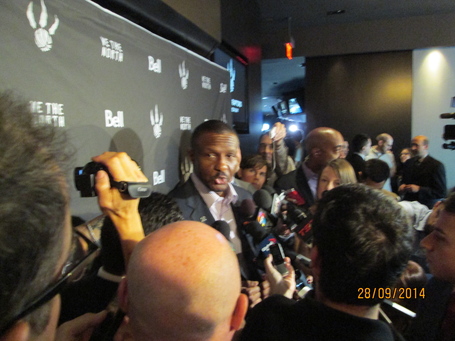 Whoa, a Bruno sighting! Had to go vertical for this pic. 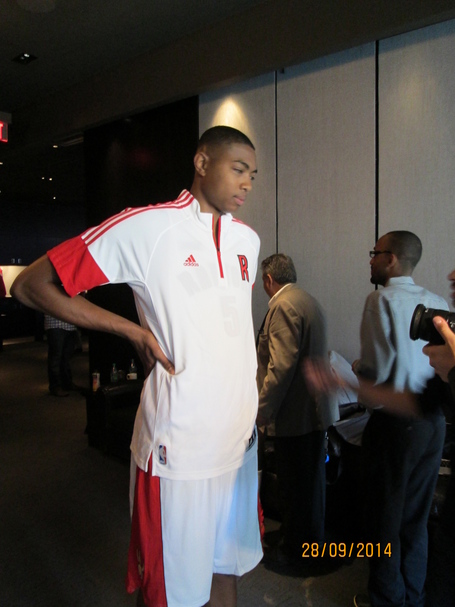 I can report that Bruno's English has improved. He spoke to reporters without the aide of an interpreter (who stuck pretty close to Bebe Nogueira, as far as I could see), and only asked for clarification once or twice. For a young player new to the NBA - and the country - this feels like a huge development.

I asked Bruno how he was enjoying Toronto so far:

"It's a very amazing city. It's beautiful, nice people. I love it here."

Meanwhile, DeMar DeRozan spoke confidently about where the team was at and what they hope to achieve. 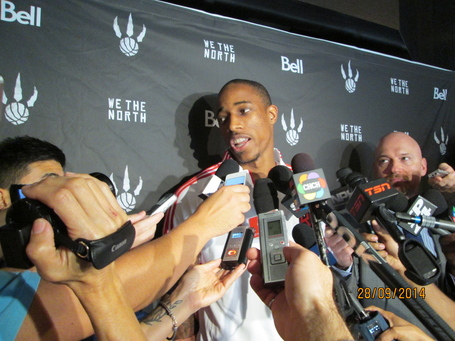 And finally, Terrence Ross was all smiles. 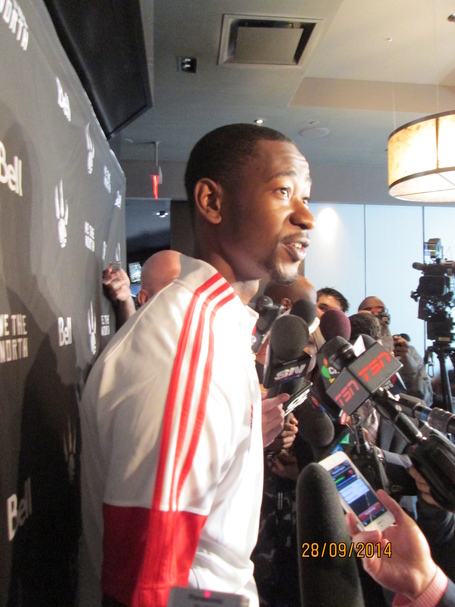 When I asked what he thought of the reaction from the fans as the team has improved, Ross said:

"It's been crazy, it's almost building from last year. It's almost like, you know, we're about to go into Game 7 as soon as you go into the opening game. I don't even know what to expect."

So there you have it. With optimism around the Raptors at the highest level it's been in years, everything - from Media Day onward - feels different. Between the laughs and the smiles, the Raptors' players acknowledged what was at stake; they know that the eyes of a city, and a nation, are upon them.