20Q's: What Should The Team's Intro Music Be?

It's a discussion we all have before the start of the season: what song should be used during player introductions? It's the 20th anniversary, so I suggest we go with a retro theme.

Share All sharing options for: 20Q's: What Should The Team's Intro Music Be?

Leading up to the start of the 2014-15 season, we'll be asking 20 questions about the team. Some of them more serious than others. All of them hopefully interesting or at least enough to spark a meaningful discussion. After hours of brainstorming, we came up with a perfect name for these articles, we're calling them 20Qs.

Before we get into this, let's be clear: the player introductions music is probably going to be Drake. Maybe 0 to 100? Probably 0 to 100. Real quick.

But if the team wants to get creative, they could stretch the whole 20 years ago theme by honoring a golden era of modern hip-hop. Recently, Shea Serrano of Grantland wrote about this exact topic, and presented this very useful rap matrix: 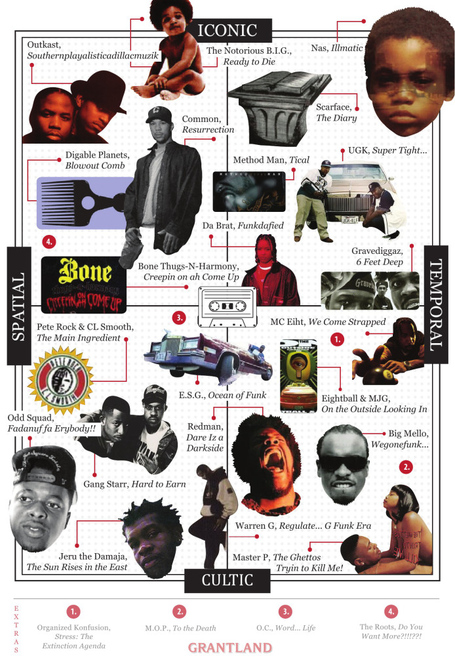 Well, if I was in charge -- and please, put me in charge of this for Drake Night II -- these are five songs I would recommend as introduction music:

I realize now I probably should come up with explanations for these, which means I have to stretch really deep into my mind to make some sort of connection between these songs and the team. Oh hey, you know Outkast got their own show at OVO Fest this year? Alternate explanation: this is one of my favorite songs from one of my favorite albums.

I can't see this song working long-term, but for a few occasional games on a Friday night? Count me in.

For a five year stretch, Redman couldn't miss. Every verse was absolute fire. I would be pretty excited if the Raptors came out to this one. Anything to get people listening to Dare Iz A Darkside, one of the most clutch purchases I've ever made from those Colombia House subscriptions that end up going on for a bit too long after they give you 20 CDs for a dollar. Remember those?

I would have gone with "It Ain't Hard To Tell" just for the half man, half amazing reference. But even nostalgia has its limits. That would be too on the nose, plus Vince ain't around anymore. Maybe we can save that track for when he comes back to get his jersey retired.

I just want you to know this remake exists.

(BTW, if you've never checked out The History of Hip-Hop mixtapes at The Rub, do yourself a favor and go here)

Feel free to leave your suggestions in the comments section, or just enjoy this Puff Daddy Karl Kani ad I came across during my research for this post: 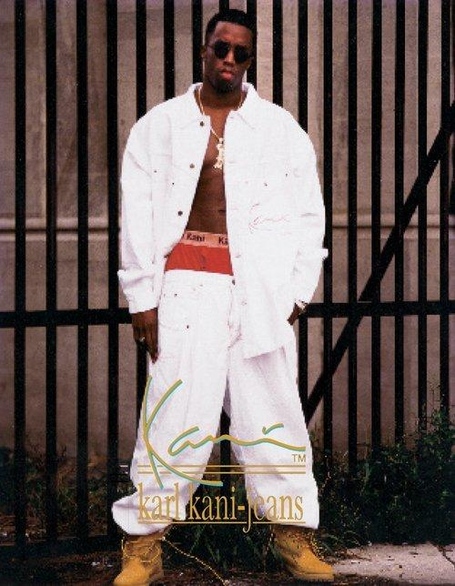 20Q's: Twenty (Or So) Preview Questions Heading Into The Season