Good Night and Good Luck: My Last Post With RaptorsHQ.com

The end of one chapter, the beginning of a new one here at RaptorsHQ.

Well, I'm pretty sure it will be.

I've decided to hang them up, kick back and read a book or something.  I'm about to go golfing, I might even have me a cappuccino and I'm going somewhere nice where no mosquitoes are at, to quote Mr. Sean Carter.  But before I take a final bow, let's take it back to the start...

It was the golden reign of Rob Babcock my friends; Rafael Araujo and Loren Woods were suiting up, Mike James was scoring 20 points a game, the team was barely a blip on the NBA radar, and the Vince Carter era of only a few years earlier, suddenly seemed like something from a Tim Burton movie.  One big, beautiful, expansive...dream.

And yet myself and two of my best friends, Dave Randell (aka Howland) and Jeff Chapman, decided it was the perfect time to create a website dedicated to the Toronto Raptors basketball team, and on that stormy night in mid-May, we put the final pieces into place of what would become RaptorsHQ.com.

And hey, it only took us about 8 rounds of Guinness at Harbour Sports Grille to choose that website name and not RapPack.com, or www.weluvtheraptors.

WE WERE GOING TO SAVE TORONTO RAPTORS' FANS BY GIVING THEM A PLACE TO VENT!!!!

Well, maybe not at first.

Originally I think the three of us just wanted something we could waste time with while we were at work.

However a funny thing happened.  Quite quickly we began to notice how ravenous fans of the team were in the online environment and soon we not only had comments on the posts we were making, but also demands for more frequent posts than the one or two we were then squeezing out.  It was as if Raptors fans post-Vince had been driven underground, but were still so, so hungry for anything resembling in-depth coverage of their basketball team.

And this in turn was akin to lighting a fuse.  The three of us had always bemoaned basketball coverage in Canada and of the Raptors specifically, even at their "Air Canada Carter" heights, and suddenly we had a new mission; to give Raptors fans not only a place to talk about their team, but to give them coverage that was vastly superior to anything the mainstream media was currently providing.

We weren't alone in this quest.  Scott Carefoot had started up the original Raptors blog, Raptorblog.com, a couple years before we came along, and he had already begun to break down the traditional media walls.  While he provided a witty, incisive, "from the heart" take on the club, I decided we would play in both worlds, providing our own take on games ala a true blog, but to cover them in an exacting, mainstream media fashion.  To that end, we began previewing and recapping every game (a first in the Raptors' media space), posting articles on a daily basis, aggregating Raptors news content, and essentially looking to become a Raptors' fan's one-stop-shop so to speak.

Site traffic began pouring in and as a result, we decided to jump to a network with more robust capabilities.  (Remember, back then, even being able to post a photo was a HUGE deal.)  We had been graciously hosted on a friend's network of sports sites called Fan.ca, but in the fall of 2006, we joined Canada's biggest online basketball community, Hooplife.ca,giving us access to all manner of new tricks and tools.

Unfortunately, the team's on-court fortunes didn't change and in fact, the club actually was worse in 2005-06 than the season before, winning only 27 games.  It led to various articles like:

Oh.  And for some reason, this.

Unfortunately, we all know how this eventually turned out.

So in many ways, it's funny saying goodbye today, as between the Babcock and Colangelo debacles, I'm not sure how I didn't pen a piece like this years ago!  Chapman and Howland said their adieus years before, and many a Raptor blog fell by the wayside thanks to the frustrations of covering one of the absolute worst NBA franchises over the last decade.

My saving grace came in the summer of 2009, when we were given the opportunity of a lifetime, joining the fastest growing network of sports blogs in the world, SB Nation.com. The partnership reinvigorated me, giving me an opportunity to work with some of the most talented writers in the field, and a platform and support system that's second to none.

However after nine plus years of running the show here, I realized last season that it was time for a change.  The goals I had personally set out to accomplish such as providing opportunities for my writers, and changing the way the Raptors were being covered had long been checked off.  My staff over the years have now all gone on to bigger and better things, something I'm extremely proud of.

Changing the way the Raptors were being covered?  Obviously that's not something we did by ourselves but our site along with a multitude of others ushered in a new wave of basketball coverage, and it's easy to look at the current Raptors' media landscape and marvel at how much more comprehensive and insightful it's become.

(And this extends outside of the realm of the Raptors to all things basketball-media related.  Work of Zach Lowe's caliber did not exist back in 2005.)

On that note, I'd like to say a big thanks to two individuals in the media in particular who helped open up a great number of doors for our site, Chris Young, formerly of the Toronto Star, and Sportsnet.ca's Michael Grange.  At a time when most mainstream media didn't exactly view bloggers in a very favourable light, both embraced the type of reporting we did, and helped legitimize our work in the eyes of others.

As well, a big thank you to the Raptors PR staff, especially Jim LaBumbard, who has given us press access to the team over the years, something we'll always be extremely grateful for.

The list of contributors who've graced our electronic pages is too long to mention but in particular I'd like to give shout outs to Scott Campsall, Darren Bondy, Canball Ace Ray Bala, Sasha Kalra, Sean Tepper, Geoff Rahal, Braedon Clarke, Zach Salzmann, Kayla Grey, and our first ever contributor, Mr. Kinnon Yee.

From the SB Nation side of things, my hat goes off to Tyler Bleszinski and Seth Pollack, for taking on some crazy Canucks that for some reason just HAD to blog at length about subjects like the idiocy of playing Jarrett Jack, Jose Calderon and Hedo Turkoglu together.  Also, a big shout out to OG bloggers like Matt at Blog-a-Bull and Jeff from Celticsblog for recruiting us to join the SB Nation team, and Ben Golliver and Tom Ziller for guidance along the way.

And on that note, I'm out but don't fret, I'm leaving you in good hands.

Taking over the daily operations of RaptorsHQ will be the two-man team of Alex Wong (aka Steven LeBron) and Daniel Reynolds.  You've already seen their work on the site last week, and they've put together a great team for the coming season and beyond. They're ready to take the site to a level I could only dream of, and I'm very excited to see what they have in store for us fans.

Because that's what it's always come down to.  The fans and the readers, and the biggest thank you is saved for all of you for reading my work over the last near decade, putting up with my rants about players like Marcus Banks and Hedo Turkoglu, and keeping me sane and inspired through the various Sebastian Telfair trades and Nathan Jawai draftings. The site wouldn't be what it is today with all of your feedback and participation so give yourselves a giant round of applause this Monday morning.

Now, please exit through the gift shop, and enjoy the scenery on the way out. 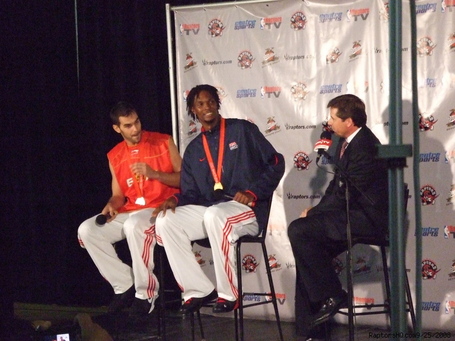 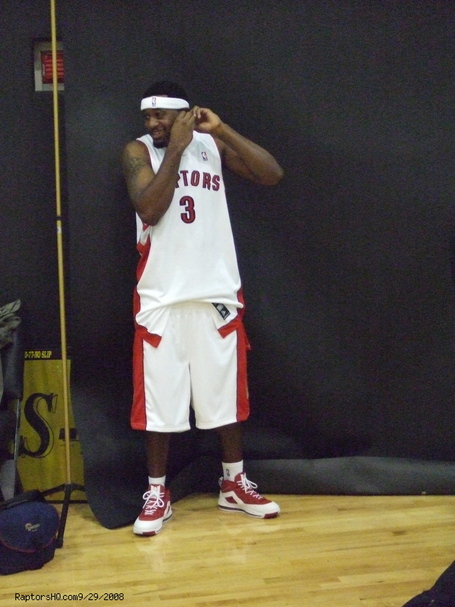 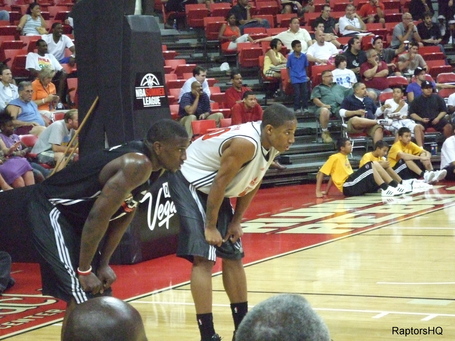 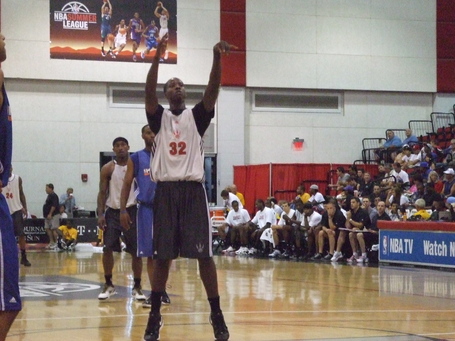 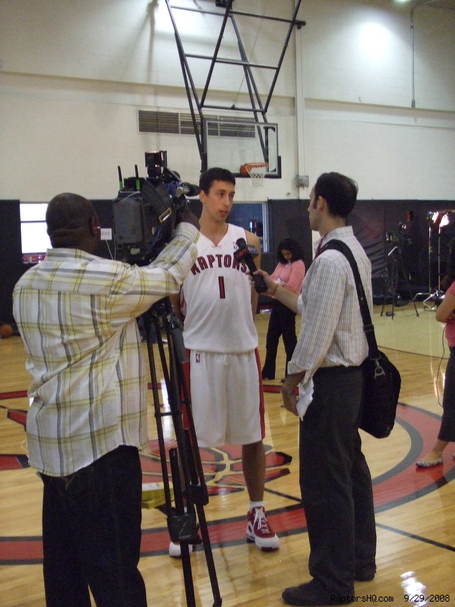 Wait, is that Roko Ukic?? 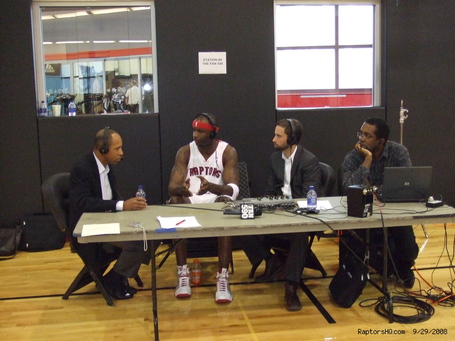 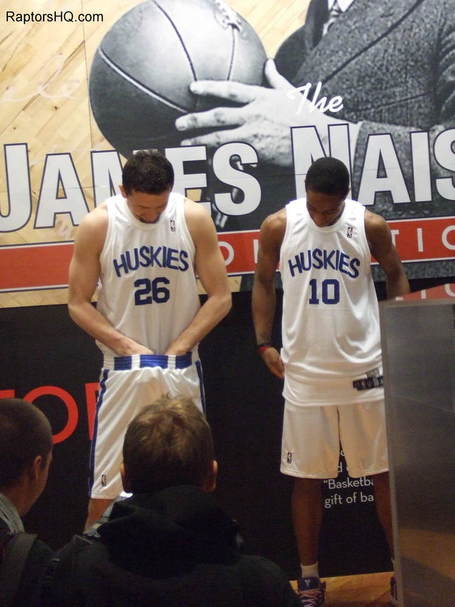 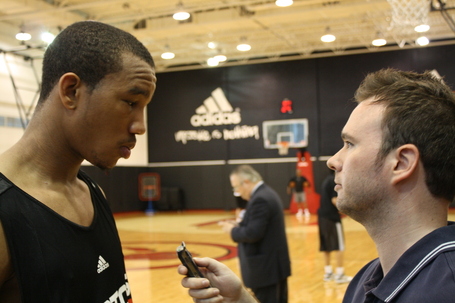