Nets vs Raptors Playoff Gameday Thread: Get Ready to Rumble

Share All sharing options for: Nets vs Raptors Playoff Gameday Thread: Get Ready to Rumble 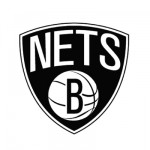 Time for a Raptors' smackdown.

The club was jittery in Game 1, found its footing in Game 2 a little bit, found out how life on the road in the playoffs is in Game 3, and by the end of Game 4, looked a lot more like the Toronto Raptors that tore through the East through the months of February and March.

So let's keep this momentum going.

Let's see a composed Raptors squad, a hungry Raptors squad, feeding off the energy from what will surely be a raucous home crowd this evening, driving the Nets back to Brooklyn, and into a must-win situation for Game 6 of the series.

Let's not give the Nets any hope in this one, let's make Game 5 tonight an extension of the final five minutes of Game 4, where an exasperated Nets squad looked like they'd thrown everything at the Raptors including the kitchen sink, and it didn't matter.

Let's get this W.