Things got underway last night with the BBVA Compass Rising Stars Challenge aka the Rookie/Sophomore game. Only instead of the NBA's top rookies vs the NBA's top sophomores as had been the tradition, this time the league mixed things up a bit.  On one side was a group of both rookies and sophomores led by NBA great Grant Hill, and on the other, a similarly mixed bunch led by Chris Webber.  "Team Hill" beat "Team Webber" 142 to 136 as Andre Drummond took home the MVP trophy thanks to a 33 point and 25 rebound night.

The funny thing is, after watching the game this morning via PVR (last night WAS Valentine's Day so...yeah) was that I realized how little I knew about who was participating in the game!  Names like Drummond, Lillard, Beal, Davis and Oladipo seemed like natural selections but Steven Adams?  The Plumlee Blue Devils?

And wait, Terrence Ross wasn't part of this?

It's funny because while I knew Jonas Valanciunas was participating, (he finished with only 4 points and 2 rebounds in 19 minutes last night) I guess I just assumed Ross was as well.  Ross hasn't been lights out this year, or the most consistent player, but I would have selected him over a number of other options like Tim Hardaway Jr.

The big one for sure as Terrence Ross looks to defend his Slam Dunk champion crown.

No, not exactly LeBron James, Kevin Durant or other marquee names, but you can easily see guys like Wall and George giving the defending champ some stiff competition.

What may be most interesting though is the format this year, which features a freestyle round, and a "team" element.

This year's event will feature the participants competing as a team -- three players representing the Eastern Conference and three players representing the Western Conference -- in an above-the-rim two-round format. In a significant first in the event's history, the competition will tip off with a Freestyle Round where the dunkers for each conference will have 90 seconds to showcase as many dunks as they want. At the conclusion of the Freestyle Round, the panel of judges will then choose a winner by voting "East" or "West." The winning conference will earn the advantage of deciding whether its dunkers will dunk first or second in the head-to-head battles that take place in the Battle Round.

The Battle Round will feature head-to-head matchups pitting East dunkers vs. West dunkers, with the judges choosing a winner for each battle. Upon losing a head-to-head battle, that dunker is then eliminated from the competition. The first team to win three battles will win the competition and be crowned 2014 Sprite Slam Dunk champions. Complete rules for the 2014 Sprite Slam Dunk and State Farm All-Star Saturday Night can be found on mediacentral.nba.com.

After the competition, fans will also have the opportunity to vote for the player of their choice as "Dunker of the Night" through SMS, Twitter, NBA.com and the NBA GameTime app.

So Ross to a certain extent, will be depending on the performance of his Eastern Conference teammates, George and Wall, as well as ensuring he gets the job done himself, something he did a decent job of last year.

He's likely going to need at least the same level of "dunkishness" this year to defend the title since he'll be up against three All-Stars in fan voting to help determine who wins this thing.

The whole event in fact makes me long for days of old, where simply the best dunkers, regardless of superstar status, would compete in this event.  Jordan vs Wilkens vs Nance vs whoever.  Just go out there and compete.

I'll get off my Abe Simpson soap box here though and leave you with two things. 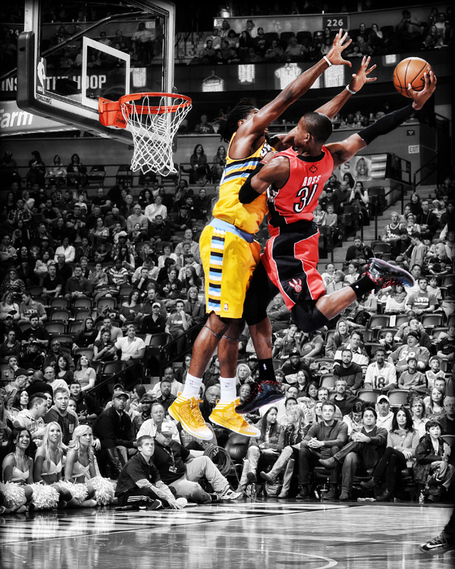 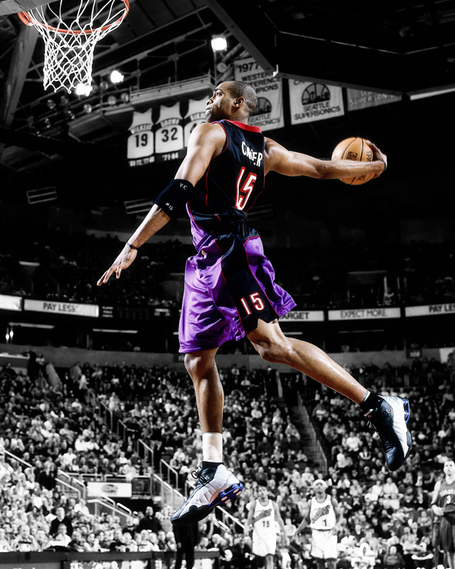 And second, an amazing retrospective of the NBA's Dunk Contest through the years done by our SB Nation crew.

Enjoy the events tonight everyone!