It's official...the 2016 NBA All-Star Game is coming to Toronto. Oh...and something about a new look and feel for the team?

So it's now official. A few hours ago the announcement was made that Toronto would indeed be hosting the 2016 NBA All-Star game. 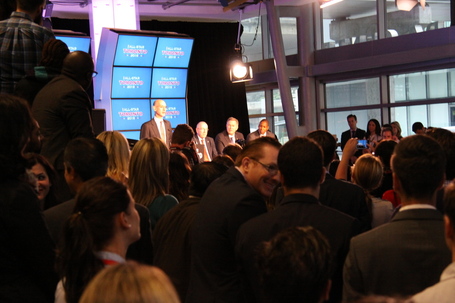 With "soon-to-be Commish Adam Silver" in tow, MLSE and some special guests broke the news to the media this morning that Hogtown would be hosting the NBA's annual All-Star extravaganza, and aligning the timing with yes, a re-brand of the Toronto Raptors.

However from MLSE top boss Tim Leiweke's comments, it sounds like "Raptors" will still be the club's name. Apparently the paperwork has been submitted to the league office, but this will take some time as the team still has contractual obligations with partners that will need to be resolved in the coming months. 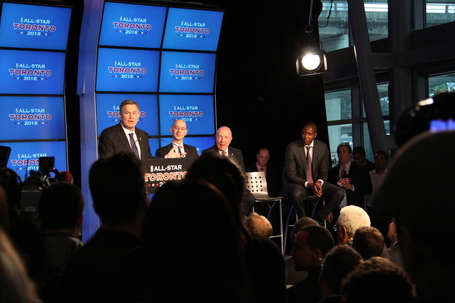 Therefore the timeline appears to be two years, coinciding with the club's 20th anniversary, and as noted, the All-Star game.

The re-brand will get some assistance from none other than October's Very Own, Drizzy Drake. Drake was named the Raptors' "Brand Ambassador," and spoke today about his involvement with the team going forward. 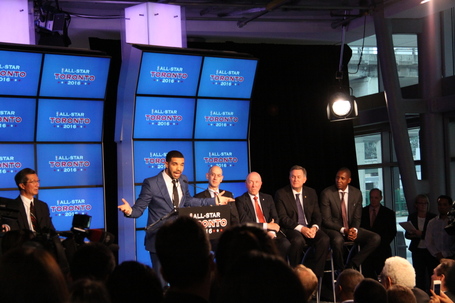 He dodged a few questions regarding the team's outlook, mentioned his friendship with potential 2014 top draft pick Andrew Wiggins, and joked about needing to tone down his suits to match the entourage on stage with him. 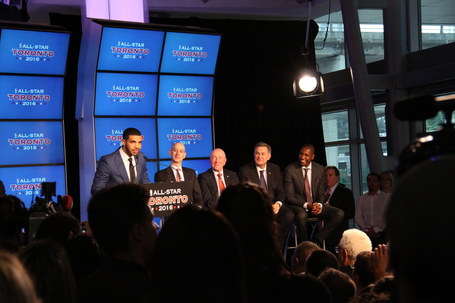 Masai Ujiri got a turn on the mic as well, albeit a brief one where he simply noted the importance of this event for the franchise. 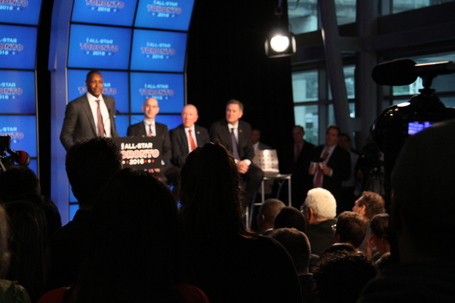 A host of others spoke too, including Mayor Rob Ford, and Minister of Tourism, Culture and Sport, Michael Chan. 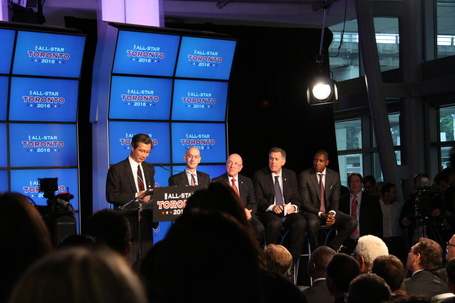 Obviously there's no question this is a huge deal for the city and the franchise but there was one important piece left out of today's orations.

Regardless of All-Star events, or Drizzy, or anything else off-court, the team will continue to dwell amongst the Charlotte's and Sacramento's of the league until it starts making its presence felt each season via playoff wins.

For that part of the story, we'll be back later today with our HQ team as the Dinos kick off their 2013-14 season with their annual Media Day.