The Various Hairstyles of the Raptors' James Johnson

Share All sharing options for: The Various Hairstyles of the Raptors' James Johnson

It's not all doom and gloom around here at the HQ. The fine folks from Adidas had a nice idea for a post regarding top grooming moments, and to break up the end-of-season malaise, we were happy to oblige...

...with a little help from James Johnson.

James Johnson has made an impact on Raptors' fans this season.

As we've discussed recently, he's one of the few bright spots for the team this season, and it will be interesting to see how the club fits him into their future plans. He's still not the most offensively efficient player in the league, but he's got the potential to be a terror on D, a sort of Shawn Marion light thanks to his size, length, athleticism and...

Seriously, has there ever been a member of the Toronto Raptors with as many different hair styles in such a short period of time? Let's take a look, going all the way back to his days at Wake Forest: 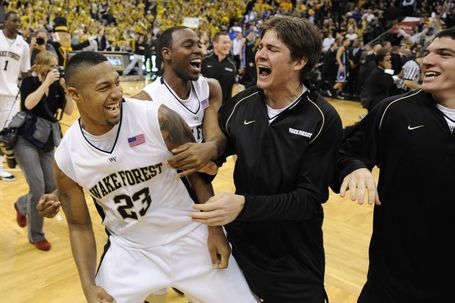 First there was a bit of a fade with somewhat of a mini faux-hawk formation.

But as a Chicago Bull draftee, he went a little more standard, "clean-shaven all over" look. 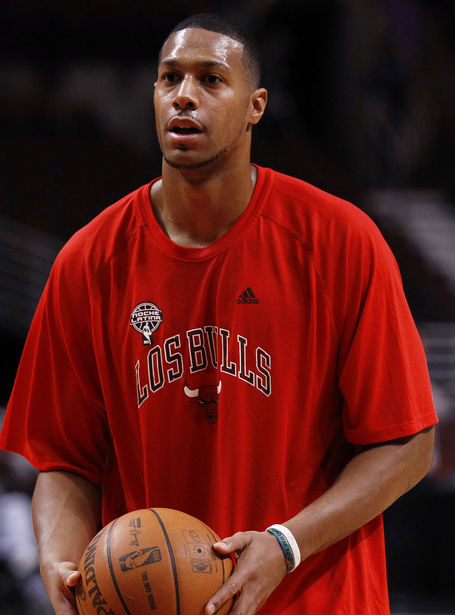 As his tenure with the Bulls increased, so did his hair, and Johnson sported what could have been the early makings of a fro. 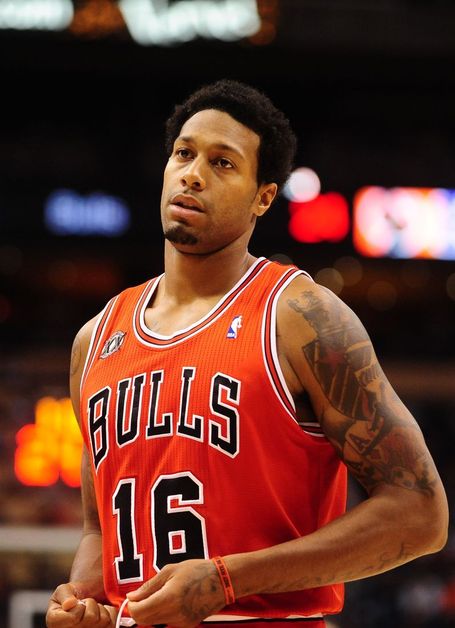 And then came the trade to the Raptors and the fun really began.

We saw short styles, longer styles and finally at the start of this season...um...this: 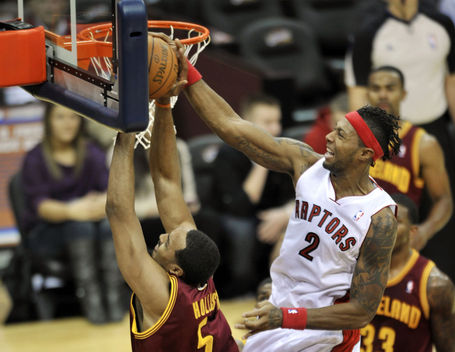 A tribute to various spined Dinosaurs of the Jurassic period?

An homage to Coolio?

No, simply the James Johnson, which inspired its own Facebook page.

Since then Johnson has returned to a less extreme style of cheveux, but who knows if he was contemplating another crazy cut.

Perhaps that benching by Dwane Casey IS explainable after all...

(All photos courtesy of US Presswire)