Rebranding the Toronto Raptors Part II - The Importance of Winning

Share All sharing options for: Rebranding the Toronto Raptors Part II - The Importance of Winning

In the second part of their series on rebranding the Toronto Raptors, the HQ notes the importance of putting substance behind a change in look and culture, citing corporate examples that went awry.

A winning percentage of .409 isn't much to brag about.

It's also hard to create much of a buzz around your team when year after year, you're winning less than half of the games you play.

Unfortunately, that's the reality for the Toronto Raptors' franchise.

While there are some bright spots over that time period, particularly from 1999 to 2002 when the team won nearly 55% of its matches, the rest is pretty ugly.

Since the Raptors' inception in 1996, only three other NBA teams have had worse winning percentages.

The Charlotte Bobcats (.387 - although the club has only been around for seven years), the Los Angeles Clippers (.353) and the Memphis Grizzlies (.352).

Clubs that are often thought of as being more beleaguered such as the Minnesota Timberwolves, New Jersey Nets and Sacramento Kings, best the Dinos in this area with winning percentages of .453 and .432 and .495 respectively.

It's an ugly stat and the sad thing is that it could get worse.

Around last Christmas, Yahoo Sports ranked the five worst NBA franchises of all time, and the Raps took the fifth spot.  However clubs such as the Clippers and Grizz that ranked ahead of Toronto in "awfulness," both have brighter futures currently, thanks to names like Gay, Gasol, Randolph, Griffin and Gordon.  Minnesota and Charlotte still seem to be floundering away, but Toronto hasn't exactly taken a huge step in the right direction personnel-wise to put serious ground between themselves and their possible lottery competition.

So why the history lesson?

When we talk about rebranding the Toronto Raptors, a huge part of a successful such endeavour comes down to the team's actual success on the court.  It's great to change a team's entire look and feel, hoping to breathe new life into the organization, but if the team then goes out and wins 22 games the next season again, or wins even less, then the rebranding efforts may be akin to a raindrop falling in the ocean.

In the corporate world, we've seen tons of examples of this.

Radio Shack in the US rebranded, hoping a hipper look and title (The Shack) would help slumping sales.

Instead, it triggered a huge PR backlash and did little to boost the company's fortunes.

Recently, the GAP experienced a similar fiasco, changing its logo as a first step in turning around the tired retailer. However after an onslaught of negative press and feedback via social media, went back to the original logo design.

Or how about the Syfy channel, who when changing from SciFi to the updated version, failed to realize said version was a slang term for syphilis... 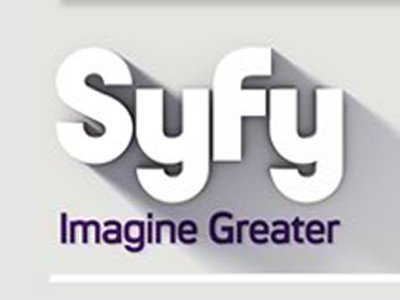 The GAP story is especially pertinent to our discussion regarding the Raps.

One of the biggest lessons that came out of it was that rebranding has to be more than just skin deep.  In fact the visual piece is the last piece that needs to change, and changes to the product and its positioning, should occur first and foremost.  For the Raptors this means upping that .409 franchise winning percentage with a successful season in 2011-12.  (Or 2012-13 depending on your view about the length of the current work stoppage.)  I'd argue that doesn't mean a jump from 22 to 50 wins, but some noticeable improvement has to take place.

In effect then, the two should happen in synch; the team's improvement coinciding with the team's new look and feel.  Some of the best rebrands have occurred in the same fashion, from Apple to Old Spice, the latter using one of the better advertising campaigns of the last decade to change consumer perception to match their new line of bath and shower products. 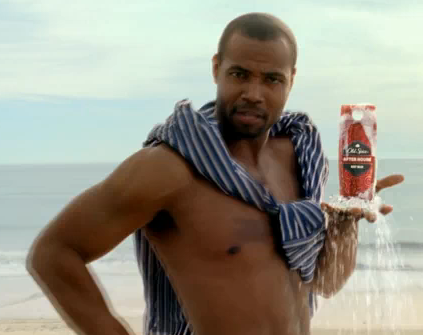 The result was a general public who went from thinking of Old Spice as something old men used, to a fresh and exciting young product.

Sales increased, share of voice and various other positive Brand metrics went through the roof, and accolades abounded.

This is indeed the fine balance the Raptors need to strike.

But how feasible is it to perform such an undertaking?  The club currently is in limbo personnel-wise, and as one former MLSE marketing exec told me, it's pretty hard to craft a marketing campaign, let alone a rebranding strategy, around a team whose roster isn't set in any capacity.

Pre-lockout, we saw MLSE roll out the one sure thing it had for its marketing efforts - new coach Dwane Casey.

That's great, but as we get into this discussion a bit more, we'll see that it's going to take a lot more than a new coach, both to effectively market this club and to get the brand back on track.

Said coach needs to help put W's on the board.