Share All sharing options for: Chris Bosh at AXE Lounge in NYC

Bosh, Bosh and more Bosh today as the HQ makes like TMZ on this Tuesday afternoon...

From being the Toronto Raptors' franchise player to this "I'm finally getting the adulation I deserve" world tour?

What's next - a coffee table book about coffee tables and an appearance on Regis and Kelly?

We posted this morning on how Bryan Colangelo found it "difficult to build around Bosh," and we assume he meant on the court.  But were there off-court issues that Raptors' fans didn't know about?  Was Bosh, the seemingly quiet and reserved superstar, really a Ron Artest-party-goer in the making?  And did this need for the limelight only increase as his tenure wore on here in Toronto?

It would be interesting to get the true story but we're certainly seeing some potential evidence of the latter lately.

Luka from AXE Lounge in NYC fired our man Vicious D some pics of Bosh and his girl partying it up there recently, and a video of CB4 answering some questions on his latest endeavours:

The quality is a bit grainy, but here's the excerpts from it:

About his move to South Beach "I’m excited about the move. Just to get the chance to play in an environment like Miami with a great team. I’ve been dreaming about this since I was a little kid. I think everybody brings the sacrifice that we need in order to win, and to be great, and I think it helps that everyone has a family first attitude."About his the new place he’s going to get when he moves…and who will be doing the decorating. "I think we’ll work together on the decorating of the new place. It will be a collaborative effort, but I’m very particular about what I like. I got my own style. I want it to be that homey look—nice and clean and very comfortable.About the Documentary"This is unprecedented times. It might not ever happen again and I wanted to get some footage and something for me to look back on and enjoy."On a date night with his girlfriend"I saw the new Twilight with my girl, it’s definitely a good date movie."

Luka also sent us over a few other shots from the night: 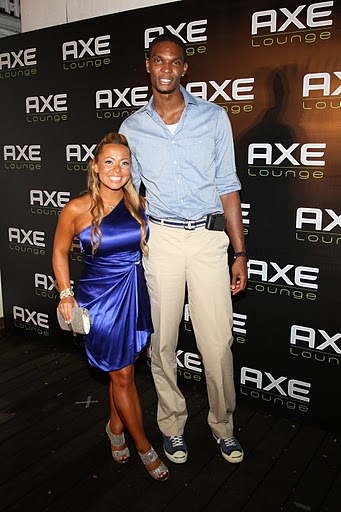 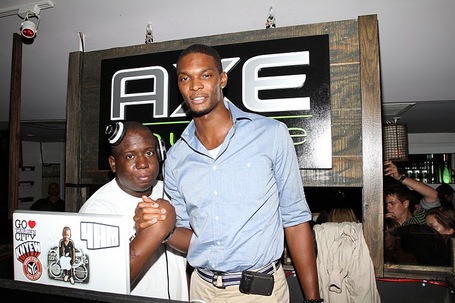 A few thoughts from the HQ team:

Me - Right, so the documentary was made for you.  Well, I guess...considering I can't see why on earth anyone outside of Miami would want to watch it.  And you've really been dreaming about playing in Miami since you were a kid?

Howland - Please tell me that's not really his girlfriend...

Me - Why did we post this again?  Suddenly I'm craving for more news on Louis Amundson...