3 In the Key – Toronto Raptors Game Day Preview vs. Philadelphia

Share All sharing options for: 3 In the Key – Toronto Raptors Game Day Preview vs. Philadelphia 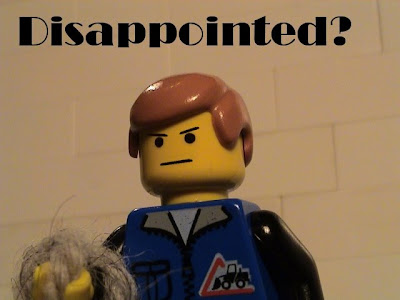 Photo taken by Franchise last night at the Kitchen Table after asking BC about the Raptors...

In what should have been the decision way back in December, the Raptors have finally managed to get a simulcast feed up on Raptors TV for all of us Rogers subscribers. According to the Toronto Star's Doug Smith, the next two games against Philadelphia and Detroit will be shown in their entirety.

Oh, I'm sure we can all say "too little, too late." After all, fans have already missed one of the best games of the year in a win against the Spurs about a month ago.

So I'm sure everyone remembers that earlier this year, both the Raptors and 76ers were greatly underperforming compared to their pre-season expectations. The only difference is that Philly managed to turn things around in a very productive month of January, whereas the Raptors have continued to sputter along to the finish line. The 76ers currently sit second in the Atlantic with almost a .500 record and enter into a crucial final stretch of games to secure their spot in the playoffs.

Well when one of your co-authors (Franchise in this case) runs into the team's General Manager at a grocery store last night and he gives the "eeeek" face when asked about the club, that's not a good thing.

The Raptors will probably have to switch gears within the next week. Every loss now is a game that should bring the Raptors closer to a decision on shutting down Jose Calderon and maybe even Chris Bosh for the season. There should be little doubt that the health of our two star core players has adversely affected this team down the stretch. For the Raptors, having Calderon back at full strength has to be a priority, no matter what protests he may have about sitting out international competition. He might just be more important than Chris Bosh to the overall efficiency of the team, especially if this club wants to run.

However, until the Raptors make that decision, the Dinos will have little choice but to play the act of spoiler and continue to evaluate personnel such as Jay Triano, Joey Graham, Shawn Marion and Anthony Parker. In order to do so, they're going to have to compete, and the only way to compete with the 76ers is by doing the following:

Without Jermaine O'Neal, the Raptors will have to look to Chris Bosh and Andrea Bargnani to contain the big Haitian-Canadian and his former Cyclone teammate. However, the Raptors also have had luck placing fouls on Dalembert by attacking him on the offensive end. Bosh and Bargnani cannot shy away from facing up Dalembert and driving on him. The worry for the Raptors should be that Chris Bosh has not had the same lift since his return from injury, so the Raptors may also have to look Pops Mensah-Bonsu. The Raptors' new hustle player will have his hands full as the Raptors get him to compete with not just Evans, but also the likes of Thaddeus Young and Marreese Speights.

The Raptors have always been able to cause Andre Iguodala to turnover the ball by attacking him aggressively on the defensive end. In tonight's contest, they have to do a better job than the last game they played against the 76ers as they only managed to force Iggy into one turnover however. In his career, Iguodala has averaged almost three turnovers per game against the Raps, so Toronto should not only look to put Anthony Parker on Iguodala, but also Joey Graham and Shawn Marion so that they can remain physical against him for the entire game. To get out and running, the Raps need to rebound the ball as per point one, and if they can force turnovers, this plays right into their "get out and run" game plan.

In what might be a monumental task for an injured Jose Calderon, the Raptors have to stop Andre Miller's penetration. When Miller gets to the inside or pulls up for a jumper, the Raptors have had a tendency to overreact as Calderon's legs are far from 100%. The Raptors should instead look to switch Parker off on Andre Miller as it's far more important to limit Miller's mobility. Making the 76ers into a jump shooting team should be a priority for the Raptors as the 76ers have shot worse than the Raptors for the season (45.5% vs 45.7%) and have averaged fewer points (96.4 vs 97.6). So containing Miller and preventing easy baskets for the 76ers should be a #1 priority for the Raptors if they hope for a win.

Can the Raptors win this game?

Without a doubt. However, the Raptors have often played horribly against the worst teams of the NBA this year. In order to win, the Raptors will have to be aggressive from the get go; something that has been either hit or miss for the entire season.

When it comes down to it, the Raptors have only one last thing to play for right now; pride. Not for the pride of MLSE who have messed up the entire TV situation for the year, nor for the pride of the fans who have been fickle with their support for this year, but for the team's own pride. Because the only way to begin next year successfully is for the entire Raptors roster to believe that they can once again be one of the best in the East, and the first battle that the Raptors must win is a battle in their own minds.

That's something that they can still aim for this year.