Share All sharing options for: Tip-In, Toronto Raptors Post-Game: A Sense of Urgency

Wilcox - One of the Sonics' few remaining players to build around...

It’s no secret how important this game was for the Toronto Raptors.

It’s true, it has been frustrating to be a Raps fan as of late, and it’s more than possible that our frustration has come out in our posts. This simple reality of this game was that the Raps had to bring a sense of urgency, some serious hustle and needed to put this Seattle in a hole early. Having beaten Toronto earlier this year you had believe that the Sonics were going to feel pretty good about their chances despite having been completely blown out in Philadelphia the night before.

A sense of urgency.

This is something that has been missing from the Raptors for some reason, and considering their upcoming road trip, there was no better time than yesterday afternoon to bring the "urgency." The Raps needed to take the bull by the horns and get it done on the offensive end and maybe even more importantly, on the defensive side of things, an area where they’ve struggled recently. The other thing I was interested in seeing was whether the Raps did anything differently in terms of in-game strategy because clearly the status quo was not been working.

Well, right from the get go the Raps looked a step slow and they were not exactly bringing the hustle I expected. Were they that affected by the loss of an hour of sleep with the clocks rolling ahead? If anyone should have been effected it should have been the Sonics! It was the same old story from the opening tip. Letting the Sonics score 31 points in the first quarter is completely unacceptable and once again the team was settling for jump shots, many of which were not falling. Any excitement I had about watching this game quickly disappeared and grew into mounting frustration.

Frustration and confusion are the two best words to describe the first half. In all seriousness watching the game I was racking my brain in terms of how I would capture what I was seeing. Should I just tell people to read the re-caps from the last few games? Were people growing as sick and tired about watching and reading about "Plan A," the lack of defence on the perimeter, and inability to get to the rim as we were writing about it?

There were clearly no adjustments to the Raps’ game plan from the night before and I was left wondering if halftime would bring any changes.
It’s true that it is hard to make any significant adjustments with so little practice time, but something had to change.

Change it did. The second half was a totally different story. The Raps finally started to turn it on and they really elevated their game in the second half. Ford started to get to the rim and the Sonics turnovers really started to catch up with them. The effort was simply much better in the last 24 minutes. Humphries and Delfino really played well and a solid performance from Jason Kapono helped the Raps get over the hump. It was nice to see the Raps team start to turn it on, and as they say, better late than never.

This was the number of turnovers the Sonics committed. The Raps were very fortunate that this young Sonics team had a tough time taking care of the ball because without these turnovers it’s very possible that the Raps would have lost another game. There are two ways to look at this. The first is that it is disappointing that it took a very sloppy game from the Sonics to help the Raps secure the win. The second is that the Raptors’ stepped up their defence, forcing many of these turnovers, and while the Sonics had no business winning this game, a win is a win.

Have to believe the turning point was when the players entered into the locker room at half and they realised they played as if they were wallowing in the winter wonderland outside the ACC. It would have been embarrassing had they lost to Seattle. There was some discussion during the broadcast that Sam Mitchell likely had some strong words at the half yet I would like to believe that Sam didn’t have to say anything considering the ramifications of a loss, and that the team started holding themselves accountable at that point.

Hot – CBCHD – Getting Raps games on the nation’s network was a fantastic idea. Not only is it promoting the game nation-wide, but the production is much better than when the games are broadcast on the other networks. Elliot Friedman is a breath of fresh air, there is no game play missed and everything just seems to run much more smoothly. The other major difference between a CBC production and the rest is that the halftime production is always insightful, interesting and different than the usual.

The TJ Ford interview was a perfect example. The interview provided some solid insight into what is going on in his mind and Friedman did not shy away from asking tough questions. The key query in fact was whether Ford could see himself co-existing with Calderon and the answer was "I don’t see why not."

Hmmm…not the most assuring answer but satisfactory right now I suppose.

Calling Stephon Marbury an idol however? YIKES. Getting advice from him on how to be a great point guard? Maybe not the best move…

Hot – Rasho Nesterovic – Once again another solid performance from the big man. Rasho gave the Raps a post presence which has been lacking. Outside of his high shooting percentage the most impressive part of Rasho’s game this afternoon was his assist numbers. Rasho’s six dimes were a nice surprise.

Hot – Chris Wilcox – I really liked this guy, even when he played with the Clippers. He is a great player to have with Durant and Green. He is a big body, fairly agile and adds some serious muscle to that front line. He had some monster dunks in this game and is one of the few solid pieces for this team to build around.

We all know what’s coming - five games out West against some serious powerhouses. Can the Raps steal a game or two? If they do, it could go a long way towards helping ensure they don’t fall too far in the standings. Based on the interview with BC during the second quarter it doesn’t look like CB4 can be expected back in the short-term so it will be on the guys who played today to continue to hold themselves accountable and fight for victories.

The reality is this road trip could get ugly, but as Franchise and I discussed last night, it could be a great opportunity for these guys to gel. Maybe this team needs a little adversity to play with a little more fire? 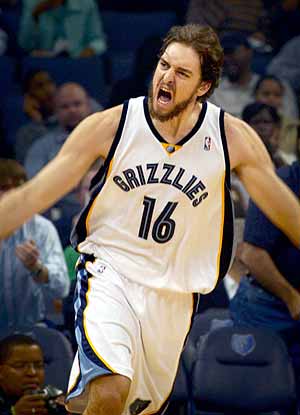 In fact, even if this team loses each game on its road swing, the club needs to look at this stretch as an opportunity for Bargnani to step out of Bosh’s shadow for a while, hopefully so that when he returns, Toronto will be a much more complete, and dangerous squad.

This goes for the entire team in fact, as yesterday guys like Hump and even Ford looked much better than they have recently. The main thing though is that this team really needs to start playing with that "sense of urgency" we've been discussing. Yes, they could probably lose the next five games and still sit in fifth in the East, but that's not going to do them any favours in terms of development in time for the playoffs.

Therefore here’s to hoping Toronto ratchets up the intensity on this West swing, and gives fans some pleasant surprises…