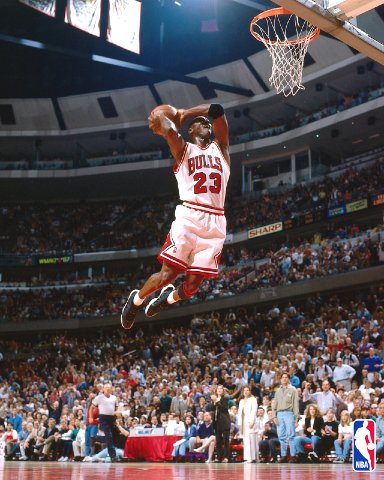 It wasn't quite MJ, but Moon's takeoff from the free-throw line was still pretty sick...

Memphis and UConn escaped upset losses at the last second, Texas Tech and Stanford edged out important wins, and Bill Walker added another piece to his "I'm the player the Toronto Raptors should draft" portfolio.

Oh wait, and the NBA had its annual All-Star festivities featuring a few members of the Raps.

It's tough to get too deep into this contest because it was a mixture of joy and pain. The joy of course was Jason Kapono absolutely destroying the competition and defending his NBA 3-point competition title. Kap-One let the shots fly and barely seemed to have any competition. In retrospect, you had to wonder if players like Kyle Korver, James Jones (albeit injured) and Toronto's own Anthony Parker wouldn't have been better choices to go up against the former UCLA gunner.

Well that would have been Jamario Moon, who turned in a great performance but lost out by a nose (one point) to Gerald Green to advance to the final round. Kenny Smith and Charles Barkley had it right, had Moon not put down the tape to show where he was going to jump from, his dunk would have volleyed him into the final round. However it was not to be and with the show Dwight Howard put on, you had to wonder if Moon would have stood a chance even if he had advanced.

All in all though, it was a great night to be a Raptors' fan. Moon missed his signature dunk but he was no Chris Anderson...nor even a Rudy Gay. Moon's first dunk on replay was unreal considering how long he floated in the air for and how far (check how he jumped from the restricted area) away from the rim he was when he threw it down.

And of course Kapono was simply a flamethrower out there.

Jason Kapono wasn't in a Heat uniform this time...but he was still on fire...

...GET KAPONO MORE INVOLVED ON OFFENSE!

Not a huge mystery here, but considering just how pure a shooter Al Kapono is, Toronto needs to try and take better advantage of that stroke.

And as for Jamario, well, I personally am disappointed that I didn't get to see what other dunks were in his arsenal, but I have a feeling he could be back. Not to mention he earned the respect of the entire league and this should only do wonders for his confidence going forward.

In fact, there's only one game left on the weekend, the main event tomorrow night with Chris Bosh and Jose Calderon, and all in all, Toronto certainly has made a statement in the events so far this weekend.

Oh right...I forgot Kevin Ollie was subbed in for him...