Share All sharing options for: Scouting the Competition - Boston Celtics 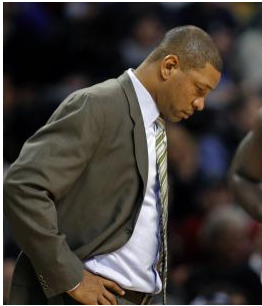 Sure is quiet in Raptorland where the biggest news as of late has been the upcoming construction to the west side of the ACC. With little to discuss Dino wise, the HQ has turned its attention to the competition. Although the Raps have made moves this off-season none of them compare in terms of ink used when discussing the moves of the other Atlantic Division teams. Guys like Randolph, Allen, Garnett, Magloire and others have joined the so called Titanic Division and as a result have righted the sinking ship. No longer will this division be an afterthought....the star power alone will make it one of the most interesting in all of the NBA.

With so much activity the HQ couldn’t just sit back and not discuss. Many of the recent moves will have a huge effect on the upcoming Raps season. As a result, we’ve decided to begin a four part series titled "Scouting the Competition" where we will give our thoughts on the moves made by the Raps divisional rivals and try and predict the effects on our beloved Raps.

There sure is no shortage of material on the Boston Celtics as of late and rightfully so. Danny Ainge has made some huge moves involving both great and potentially great players. With so much being written it’s not surprising that there is little consensus on the potential outcomes for this historic franchise that has lived in mediocrity for what feels like a lifetime.

Writers at ESPN, CNNSI and others have not exactly given Danny Ainge full marks as of late. John Hollinger and his statistical analysis says the Celts won’t win, or get to the elusive NBA Finals. Chris Ekstrand feels like although Boston is at least a player in the East they don’t measure up to teams like the Bulls and the Pistons. The issue for most writers is the lack of depth at the Fleet Center. The argument is that three stars doesn’t make up a full squad. Hard to argue....you do need to put 5 guys on the floor. It’s true that guys like Gabe Pruitt, Leon Powe and Brian Scalabrine won’t exactly strike fear in the hearts of opponents and perhaps the biggest concern for this team will be the possibility of injury, but I have to wonder if guys are not giving Danny Ainge his due.

When the Celtics held their press conference to introduce Kevin Garnett they flanked him with Paul Pierce and Ray Allen. When they collectively held up their respective jersey’s my instant reaction was "Damn". Here were three of the most talented players in the NBA with exactly the characteristics you want in a player. Each has been beyond loyal to their teams in the past, almost to a fault. All three are known for leaving it all on the floor and each of them have spent their careers looking for help. These guys not only are character guys, but as a threesome they leave nothing to be desired.

Each of the three brings something different to the table. Paul Pierce is a fierce scorer who can create his own shot and has no quams about taking it to the rack. Ray Allen is one of the best shooters in the game, brings a quiet swagger and confidence and has an underappreciated all around game. KG is well...KG. Outside, inside, on the glass, blocking shots, defender, and passer Garnett is the full package. It seems to be forgotten that the one year when Garnett had help his T-Wolves went to the Western Conference Final (the equivalent of the Finals). Combine these guys and there isn’t a skill set you have not covered. In this writers opinion this is the best trio in the NBA.

There’s no doubt that there will be a lot of pressure for these guys to play a lot of minutes and gel right away. From and injury standpoint the key will be Garnett. If Pierce or Allen go down for an extended period of time the Celts should manage a strong two-some. If Garnett goes down there will be trouble. The thing that everyone seems to forget is that the Celts are still adding pieces and people seem to be overlooking some of the guys that remain on the roster.

Rajon Rondo may be the happiest PG in the NBA right now. With the offensive talent around him his below average jump-shot becomes less of a concern. As of now, the only shots he should be taking are those where he is wide open. He is quickly becoming a great on the ball defender with his crazy wingspan and with a year under his belt he his more than capable of running the show. Kendrick Perkins is a big...no make that HUGE body in the middle. His job will simply be to clean the glass and get garbage baskets. Players like Powe, House, Tony Allen and now rumoured the ageless Dikembe Mutombo are all talented enough to help hold the fort. If Boston’s owner is truly dedicated to bringing a title to Boston (which he looks to be as the team is already over the luxury tax threshold) there are still some quality free-agents out there who may be willing to take a pay hit to come play with this squad....Earl Boykins, Charlie Bell, Matt Barnes and Ime Udoka to name a few.

Are the Celts good enough to make the Finals? This HQ writer says yes. Look at last years Eastern Conference representative. The Cavs were essentially led by one great player and an average supporting cast and were a team that took full advantage of the match-ups they had. If Lebron can take an average team to the Finals who is to say KG, Allen and Pierce can’t do the same even if their supporting cast is not up to snuff?

So what does it all mean for the Raps? It is pretty obvious that this Celt team is going to be a very tough match-up. Ford vs. Rondo, Parker vs. Allen, Graham/Delfino/Kapono/Garbo vs. Pierce, Bosh vs. KG, and Perkins vs. Bargs. Save for the centre battle is there any other match-up that you feel overly comfortable with? One might suggest the PG position but Rondo is the perfect defender for the speedy Ford and obviously the biggest concern here is the match-up at the three.

The arguments in favour of the Raps are depth, coaching and believe it or not, experience. The depth argument is a strong one, in particular at the PG spot but outside of that, the argument loses a bit of its strength. If you look at match-ups like Mutombo (if he signs) vs. Rasho, Tony Allen vs. Delfino, Scalabrine vs. Humphries there is no distinct advantage. Mitchell will however have a variety of talented bodies to throw at Pierce and Allen to try and wear them out. The question here is whether the depth advantage will be enough to overcome the advantage that the Celts have when the game tips-off.

Speaking of Mitchell he will also have an advantage in that the core of this Raps squad will have all played together for a full season. As mentioned here before, training camp for the Raps will be more fine-tuning than introductions. Mitchell can also take comfort in looking across the court and seeing Doc Rivers. The Celtics are also being coached by one of the worst coaches in the NBA. This could prove extremely detrimental to the Celts when the games really start to count.

It’s clear that the Raptors-Celtics match-ups will now be much more exciting that in years past and may in fact be THE match-up to look forward to the most this season. The Bosh-KG battles should be a treat to watch. The one downside is that it will now be very difficult for CB4 to grab the starting All-Star PF spot.

From a long term perspective you have to believe the Raps are in a better position than the Celts based solely on the age of the players. Boston essentially has a two-four year window to do what other Boston teams like the Pats and Red-Sox have done as of late....win a championship. Of course based on how the Legomaster has built this Raps squad contractually, this is the exact time frame given to the Raps to do the same thing. At the end of the day it makes for great battles ahead.