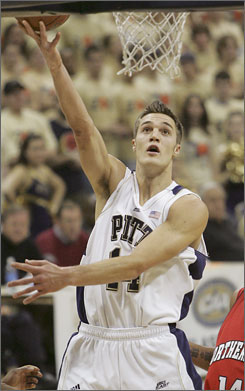 Today’s game against the US could get ugly.

Canada plays its southern neighbors at 4 PM (on the Score for our Canadian readers) and while they’re sitting at a respectable two wins and one loss record, I just don’t know how they’re going to compete with the more more talented team from the States.

That’s because even though Canada played its best game of the tournament yesterday evening in their 93 to 83 win over the Virgin Islands, it was still a bit too close for comfort at times.

Team Canada was lead once again by Samuel Dalembert (15 points, eight rebounds and five blocks), Carl English (15 points on 63 per cent shooting), and Juan Mendez (22 points and seven rebounds) however it was the supporting cast that really sealed the win for the Canucks.

David Thomas had 11 points and played some excellent defense, Jessie Young eight, Levon Kendall had six in only eight minutes of action and while Jermaine Anderson wasn’t the scoring threat that he was last game, he did dish out 12 assists.

Even back-up point guard Ryan Bell got in on the action with a basket and a few dimes and team red and white’s depth was simply too much for the Virgin Islands to overcome.

The Virgin Islands was lead by Jason Edwin who 26 points and was almost unstoppable from down-town. When coach Rautins didn’t have David Thomas guarding Edwin, Edwin looked to gun from long range and finished the game going six for eight from beyond the arc.

Kevin Sheppard also had a good game and former Pitt point guard Carl Krauser did everything in his power in the second half to get his squad back in it. It was an admirable show as after being crushed by the latest incarnation of the US’s "Dream Team," I thought the Virgin Islands wouldn’t put up much of a fight.

However even after the Canadian squad upped its lead to 18 at one point, there was no quit in the Virgin Islands as they eventually closed to within three.

But for the first time so far in Vegas, Team Canada got a full team effort as every player who saw the floor scored and impacted the game’s final outcome.

With the US up next later today, Team Canada is definitely going to need more of this type of play and if the team can keep things at least reasonably close, it could end up being a solid learning experience to take into the later rounds of this tournament.