Share All sharing options for: 15 Questions with the National Post’s Matt Sekeres 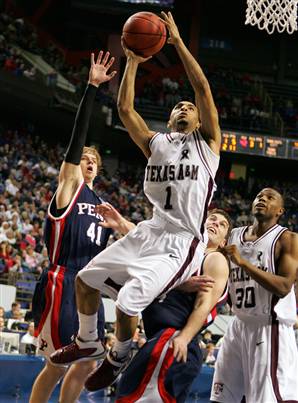 RaptorsHQ - 1. How did you get your start in sports writing or in journalism in general?

Matt - I started by volunteering at the school paper at Carleton University (the Charlatan) where I covered football and basketball games. I eventually became a sports editor, then became the editor and chief and parlayed that into a weekly amateur sports column with the Ottawa Sun. From there, I had a few internships with the Globe and Mail and Ottawa Citizen and in the fall of 2001, I was offered a job by TSN doing audio and written reports on Leafs for their website - TSNmax.ca. A year later I found myself back at the Citizen doing football and I started covering football at large providing Can Con in American Football ranks on top of my coverage of CFL and the Ottawa Renegades. I also covered the bankruptcy of the Ottawa Senators for six months and the eventual purchase by Eugene Melnyk. Finally, it was just this winter that I got a call from the National Post asking if I’d do basketball. This was a great opportunity, especially given the rebirth of the Raptors.

HQ - 2. What's it like being so up and close and personal with the players you cover?

M - There’s not a huge difference truthfully as it’s not like you get to intimately "know" the players. Up close, athletes tend to "put up the curtain." And if they let you behind the curtain, it’s usually only to see another one.

HQ - 3. Where were you born and how did you end up in Toronto?

M - I was born in Montreal but raised primarily in Ottawa spending some time in Calgary as well. I moved Toronto at the end of April for third time in last seven years!

HQ - 4. What are some of your favourite sports teams?

M - As a kid – the Chicago Bears, the Toronto Blue Jays, the Chicago Bulls and all University of Michigan sports teams.

HQ - 5. Currently you're covering basketball for the
National Post, were you always a bigger basketball fan than one of other sports?

M - Football was the bigger game but basketball second, mostly for two reason:

1) I was always tall so played basketball. 2) People my age grew up in the MJ world or what I like to call "The basketball generation." It was nearly impossible therefore to escape its impact.

HQ - 6. How surprised were you concerning the Raptors turn-around last season? How many games did you expect them to realistically win going into the pre-season?

M - I thought they had a chance to be better than people thought until that 2-8 start. After that I was worried it was going to be another reckless year, one in which the team would make progress internally in terms of "building" but that that would not be reflected in their record. I therefore thought that if they got to .500 that would be sensational.

HQ - 7. Did you think Toronto was going to beat New Jersey in the playoffs? From your vantage point, what did you see as the main reason Toronto lost the series?

M - No I did not. And I think the main reason they lost was due to lack of experience. The Raptors need to learn how to win in the playoffs however got some valuable experience this past year.

HQ - 8. The off-season is upon us. After such a successful year, what do you foresee the Raptors doing this summer to upgrade the team?

M - Signing Vince! (Laughs.) I think BC will add one significant piece to the rotation...that’s about all they can do cap and draft-wise. Perhaps Toronto goes out and gets a wing replacement for Mo Pete who will be gone; someone who will need to play good D and create his own shot. Otherwise they may target a deadly outside shooter. In any event, I think there’ll be more tinkering than overall moves like last summer.

HQ - 9. Are you expecting the Raptors to grab a pick in the upcoming draft? Who are some of the players you'd like to see BC make a play for?

M - I think BC would like to be able to get into this draft, but not sure what he has to peddle. Unless it’s someone like a Joey Graham, who’s upside may still intrigue other teams. I mean, where does Joey fit with this team? Of the draftees, I like AC Laww who’s tough, and a winner. I really like Spencer Hawes game, but don’t think he’s a fit for Toronto. I also like Jared Dudley who could really help a team if put in the right spot.

HQ – 10. Earlier this year you told us about witnessing a hilarious 3 point shooting contest at Pistons practice involving Dale Davis, Ty Law, Rasheed Wallace and a stack of Benjamins at center court. Any good Raptors locker room tales you can share?

M - No, not yet as I’ve just started in this role - but some will probably be forthcoming next season!

HQ - 11. There's been a lot of discussion lately that traditional sports media no longer holds the same meaning in today's world of blogs, vlogs and Youtube. What is your opinion on Blogs in general? There seems to be this reluctance on the part of mainstream media to recognize the other side of the coin, why do you think that is?

M - I’ve always felt that truth can only be obtained by getting to as much INFORMATION as possible. Therefore blogs etc have a role in terms of providing another avenue through which information is conveyed. It’s a niche world now, blogs have their place, especially the good ones. Hopefully the bad ones just die off...

The other side of the coin of course is that blogs etc eat into traditional media’s business and on top of this, push them in a stream they’re not used to going. This brings about a good deal of the resistance we see as blogs can update almost instantaneously thus forcing quicker turnaround times for traditional articles. As well, blogs tend to be more speculative and therefore we’re seeing more "open ended" pieces from traditional media as of late.

HQ - 12. When you are researching or compiling an article do you read other sports blogs? Have you read the HQ and do you think a site like ours offers something that traditional media can’t always deliver?

M - I have, for example I’d monitor message boards etc, but it’s not a consistent thing. It depends at times on the type of article I’m working on.

I have read the HQ, and I plan to read more of it next season. And yes, there are things that the HQ can deliver, some of which I mentioned in the previous question, and the ability for fans to ahem, "express themselves" in a way that wouldn’t be allowed in say a mainstream newspaper (laughs.)

HQ - 13. Dave Feschuk, Doug Smith and others all bring a certain element to their reporting styles...how will you differ from these guys?

M - I like to think I have an eye for the analytical and I do think I have a unique experience following the business of sport. When you start with the standpoint that sports is a business, sometimes you can provide a very different take on situation.

HQ - 14. What was your most embarassing moment as a sports writer?

M - It would probably have been at a press conference featuring former Ottawa Senators owner Rod Bryden. I introduced myself as being from "the Ottawa Senators" to which he said "Freudian Slip..." to which I said "for the sake of my pay-cheque, I hope not!"

This was of course around the time the Sens were going through their bankruptcy issues.

HQ – 15. And finally, who was your favorite basketball player growing up and who do you consider the greatest of all time?

HQ – Thanks for your time Matt, and we’ll be chatting with you this upcoming season for sure!