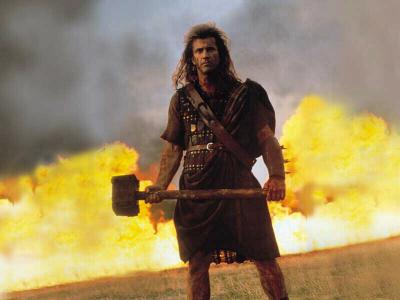 Howland: When I sat around thinking about last night’s game and the possible outcomes I came to this conclusion...I was not ready to watch this team lose. After watching the great introduction on the Score I was sure of it. I am not ready for this season to end.

Apparently neither are the Toronto Raptors.

In what can only be described as the most gut wrenching game of the series, the Raptors beat the Nets 98-96 as Bostjan Nachbar missed the potential game-winning three-point shot at the buzzer (his second of the series.) Call it luck, call it whatever you want, but the Raps did just enough to win, something they had a tough time doing in the swamp.

Of course there were a lot of differences between games three and four and this one. The first was obviously the starting line-up which included Mo Peterson at the 3 and Andrea Bargnani at the 5. This will undoubtedly be the starting line-up this Friday and for good reason. Both these guys performed more than admirably and perhaps more importantly played well from the get go.

Yes that’s right, the Toronto Raptors played well right from the opening tip and much of this credit has to go to Il Mago who was unstoppable in the first quarter. Matched-up against Mikki Moore and Jason Collins, Bargnani made the most of his opportunities stroking it from the outside and taking the slower Jason Collins off the bounce. Before you knew it Andrea had 13 points and was leading the Raps to a 20 point opening quarter lead. Although the team seemed to go away from him in the second half, his play in the opening quarter really set the tone and got the fans into the game. The significance of his contribution is magnified by the fact that Chris Bosh again was essentially a non-factor.

Bosh, much like in game one, was burdened with foul trouble for most of the game and was ineffective for most of the time that he was on the court. Although some of the calls against CB4 were questionable at best (I really don’t know whether to hate the refereeing done by Bob Delaney or love it because he was consistent...consistently bad that is) Bosh just couldn’t find a way to harness his enthusiasm and excitement. Although CB4 did have a huge block on Vince Carter late in the fourth (my personal highlight of the game) and did hit some key free-throws, the franchise player needs to find a way to take his energy and channel it in a positive way, in particular this Friday where the chips will once again all be on the table. Of course it was great to see this team enthused and excited at all after the debacles that were the past few games.

The next star that needs to be addressed is Jose Calderon, who due to TJ Ford’s early-game injury, was forced to play 38 minutes mostly matched-up against Jason Kidd. Not only did the Spanish Fly do a great job on the defensive end for the most part, but he carried this team offensively for stretches. It is almost impossible to believe the difference a year makes. Last year, teams would lay-off Calderon and challenge him to shoot. Now Calderon is a threat to hit the J, and if you step out on him, he drives the lane. It’s not easy to make Jason Kidd look a step slow on the defensive end but Jose is doing just that. Perhaps the biggest part of Calderon’s night was not that he introduced himself to the American public through the TNT televised game, but that he truly showed how lucky this team is to have two starting point guards. Had it been Kidd who had gone down like Ford early in the game, this would have been a cake walk for the Raps. Sure there have been moments in this series where Calderon has driven us a little mad with some shots, but it has not been because they were bad shots per se, but that he was just not making them. Tonight he did. Unfortunately the tweaking of his ankle leaves a cloud hanging over Jose’s performance as his and the status of TJ Ford is up in the air for game six. Obviously there will be more on the point guard’s injuries as the week progresses but the team needs both healthy.

This team also needs another full team effort this Friday. As much as Mo Pete, Bargnani and Calderon were the three stars for us at the HQ, almost every player who saw time brought something to the table. It was Raptors basketball. After his NBA career prospects were challenged in the press by a usually credible basketball writer, Joey Graham came into the game and brought great energy. His rebounding (10 boards) was a nice addition to a solid game. Although he didn’t light-up the score board he was aggressive and had some hard fouls. Anthony Parker was back on his A-game as well and hit some ridiculously tough shots on the way to 18 points and six rebounds.

To beat the Nets this is indeed the type of production Toronto needs from its entire club and Friday night back in Jersey, I’m hoping to see them get it done.

However I’d prefer it if Toronto could hold a bit bigger lead down the stretch. The rubber padding I had installed for the playoffs on my condo walls can’t take much more abuse!

Last night at the ACC I’m not sure having a seat would have mattered as the place was jumping from the get-go.

I can’t even describe the intensity of the "Let’s Go Raptors/VC Sucks" chants and the fact that you could hear a pin drop when CB4 was shooting his crucial free-throws near game’s end.

Toronto truly plays like a different team at home and with an amazing home crowd like this, why wouldn’t they?

I caught the second half of the Dallas/Golden State game (which I couldn’t believe Golden State blew by the way) and even in a do-or-die situation, the Dallas fans weren’t half as loud or cohesive in their chants. Perhaps we should get an HQ charter bus going to head to Jersey for Friday night’s contest…it’s not like our cheers would be over-powered by the Nets fans or anything…

But enough about the crowd, as there was more than one MVP on this night for Toronto. Howland touched on a few players but my first star has to be Sam Mitchell. Talk about seeing a coach grow.

Sam learned from the error in his ways by playing Bargnani at the 3 and stuck him in the middle as he should have. He also set Mo Pete on the wing as anticipated and after TJ Ford’s early injury, the starters for the rest of the game matched my desired starting group perfectly.

And the outcome was as I had expected.

Calderon’s shooting ability gave the other Raptors room to operate and early on Andrea Bargnani riddled New Jersey’s defence with long-range bullets. And with Mo Pete and Anthony Parker on the wings, the Nets could never stray too far for fear of allowing them to bomb away.

Of course I took a particular joy in seeing Peterson have his best game in months, particularly on the defensive end as although Vince Carter had 30 points, a number of them came on broken plays, and not once did he beat Peterson to the rim one on one. Mo also grabbed some huge rebounds and now looks to be a permanent fixture in Mitchell’s starting five.

And back to Mitchell again.

I thought his substitution patters last night were the work of a chess master.

-Juan Dixon turning the ball over and not producing offensively, bring in Joey Graham.

-Need to get Calderon some rest, here comes Darrick Martin.

-Need some quick offence and rest for his wing-men, let’s see how Vince likes a little Luke Jackson?!

On top of this, he did a great job of moving Bosh in and out knowing what was at stake in terms of last night’s game.

My only critique I suppose is that Toronto still needs to execute better offensively in the half court.

For all the offensive wizardry of Jose Calderon, the team had only 12 assists in total signifying that they are still far too reliant on jump shots. And in the second half when those stopped falling, Jersey crept back.

In addition, Toronto needs to be more aware of Vince Carter on the break. The team is so focussed on stopping Jason Kidd’s penetration that they are losing sight of Vince Carter trailing the play. This is one of the Nets favourite plays as Kidd simply drops the ball back to Carter who pulls up for a wide-open 3.

But I’m not going to go overboard considering the way this team battled for the win. A foul-laden (and once again too timid) Chris Bosh, a fouled-out Mo Pete and two injured point guards later, the team still emerges victorious.

This Friday I’ll be expecting to see that same fight and desperation as Toronto tries to force a Game 7.

Before last night’s match apparently the team took in a viewing of part of Braveheart, a nice tactic by Sam Mitchell and co.

Maybe a little Return of the Jedi for Chris Bosh and some Rocky for the rest of the team?