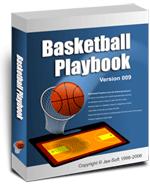 Ok so maybe hoping this team would win out was a bit of a pipe dream. In fact even thinking that is a result of a bit of a hangover from the joy felt when this team finally clinched a playoff spot. Nevertheless the joy I felt watching this team clinch was quickly swept away with 44.1 seconds to go in the fourth quarter and the game hanging in the balance.

Maybe it shouldn’t surprise me that just a few days after singing Sam Mitchell’s praises he has now got me in a tizzy. The decisions made tonight in the final seconds of this game baffle my mind more than miscellaneous diophantine equations...or hell even the pythagorean theorem. It seems simple to me. TJ Ford looked good for the first few minutes of the game racking-up four quick assists. From that point forward, to put it in simple terms, TJ Ford sucked. He was having an off night from the floor and couldn’t get anything to drop. Enter Calderon. The right move. Slowly as the game progressed into the fourth quarter the team finally started mounting a bit of a comeback after trailing for essentially the whole game. Momentum was going the Raps way and they had closed the game to 1 point with less than a minute left. Ford had not seen the floor since 1:39 left in the third quarter. So seems like Calderon should stay in right? Apparently not in Sam Mitchell’s world.

What happened over the next 45 seconds should not have surprised anyone. The team ran an isolation with Ford (missed), and then with the game in the balance Ford jacked the three and missed. I am not blaming Ford for missing, he had been sitting for an eternity. I blame Mitchell for having Ford in the game in the last minute in the first place. All I can ask myself is whether the critics are all bang-on with their synopsis of Mitchell. Does he really have no other late game play other than the isolation with Ford? That is the only feasible explanation for what happened last night. I can see the thought process now:

"The boys are looking good out there, we may have a chance. I am going to need to draw up a play, ok what about a Ford isolation? S***, Ford has been on the bench. What else could I run? (Cricket, cricket, tumbleweeds roll by). Let’s put Ford in."

Is there any other explanation? Any? Bueller? How about a play for Bosh? Is there no other way to get a guy a look at the hoop?

It is going to be plays like these that will dictate how the Raps do in the playoffs. Having a number of plays to go to down the stretch is key. Knowing what situations to use them in is also key. I am a fan of the TJ isolation play, I really am. I am more of a fan when it is used in the right situations and this was clearly not one of them. As a result, it is times like these when Colangelo has to be debating whether Mitchell is the guy or is not the guy. Sure if it was a Hugo Boss fashion show Mitchell would be the first guy on the list (a white suit in South Beach? TIGHT!), but for as many "pros" there are about Mitchell there are an equal number of "cons" and this game was one of those times when the cons came shining through.

Aside from the questionable coaching last night and some poor shooting there were some positives to be taken from last nights game. Luke Jackson finally played some significant minutes and looked more than serviceable. You just knew Leo Rautins was going to love this guy as he is not the most gifted athletically but plays sound basketball. Hump continued to play tough under the hoop and refuses to back down from anyone, and the Raps continued to show how deep this team really is.

It is this depth that the Raps will have to rely on once again as they play the second half of this back-to-back against the disappointing Magic team who is for one of the first times all year fielding a healthy team. Getting a W in Orlando is key (along with every game until the Raps season comes to an end) for securing the third spot. Obviously the focus will be on Dwight Howard and Chris Bosh but players like Grant Hill, Trevor Ariza and yes even Darko have started to come on as of late as the Magic are hoping to hold on to the last playoff spot in the East.

It should be another solid game. Should the game get close in the fourth quarter hopefully Mitchell will have come up with something new....