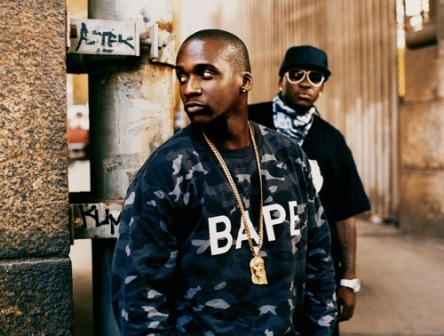 So this is playoff basketball.

After a season which saw the Raptors boast one of the league’s top offenses, so far this series has shown little of that.

And surprisingly a lot of defense.

It was the Raptors’ defense last night that got the job done until some clutch free-throw shooting by TJ Ford sealed the deal 89-83 victory over the Nets.

Where to start in terms of discussing this win?

The overly raucous sellout crowd that made me ponder whether the win or the fact that the city was going Raptor-crazy gave me more satisfaction?

LaDanian Tomlinson’s appearance at the ACC, marking the second game in a row in which marquee athletes have taken in the "boooo Vince" playoff atmosphere?

Or how about with Sam Mitchell, who after being awarded the coach of the year award by Commissioner David Stern in an emotional ceremony, was outmaneuvered early in this contest by his New Jersey counterpart. Lawrence Frank threw a new wrinkle into his zone defense by having Mikki Moore and Jason Kidd meet TJ Ford above half in order to get the ball out of his hands.

As a result, the Raptors’ offense was further ground to a halt and at times, the Raptors were only beginning to run their offense with 10 seconds left on the shot clock.

However I felt that Mitchell did a much better job as the game went on. The team still struggled to make shots but at least looked to attack the zone better. Most importantly, I felt that Mitchell did a great job in terms of doling out minutes. His re-insertion of TJ Ford (who essentially hit the game winning free-throws) was ballsy for sure but ended up being a great decision. His use of Bargnani (getting him some more run without hurting the team) was also very efficient and hopefully this leads to improved play from Il Mago as this series goes on.

In addition, after struggling on offense in Game 1, Joey Graham wasn’t much help at either end last night and Sam Mitchell gave him the quick hook in favour of Morris Peterson. Peterson played 34 minutes and was a huge factor in the Toronto win. Besides hitting two big 3’s, Peterson grabbed some key rebounds and did a great job defensively on both Richard Jefferson and Vince Carter. I’d be surprised to see Graham getting major minutes again in this series now and hopefully we start seeing the rebirth of Mo Pete, someone who I’ve contended is still a big part of this team’s playoff success.

Words can not describe how huge he was to this team last night. When Toronto’s offense sputtered early on, it was Parker who got into the teeth of New Jersey’s defense for baskets or to create open looks for his team-mates. He did a number on Vince Carter and co. once again defensively and on top of this, was Toronto’s leading scorer with 26 points. He also grabbed eight rebounds and had four steals, and you could see it in his eyes all night - this guy just competes.

Make no mistake, for Toronto to continue to have success in this series, and until Bargs and the rest of the bench find their stroke, the Raps need Parker’s offense almost as much as his defense.

And they also need more Bosh.

CB4, apparently battling the flu, wouldn’t let this team lose last night. He ended up with 25 points and 11 rebounds but once again had to battle for each and every basket. The Nets threw double and sometimes triple teams at Bosh but in the fourth quarter when the Raps started knocking down their shots, things opened up for Chris and he started to be able to operate down low. Early in the game, he was limited to touches on the perimeter and this hurt Toronto’s attack. I still feel that the Dyno’s coaching staff needs to do a better job getting CB4 touches early in the game (the lackadaisical starts as of late are a bit concerning) but as the series’ progresses, I’m hoping to see the entire team do a much better job running their sets. There were still some jitters (Bargs and Humphries being very hesitant in terms of decision making with the basketball) but I’m actually expecting to see a calmer squad in New Jersey.

And speaking of Juzzzzy, what a mess.

When Bostjan Nachbar is your best player (he had only two less points than VC and took 13 less shots) offensively, you’ve got problems. Not that Nachbar isn’t a good player and didn’t almost kill the Raps sell-out faithful with a 3 in the game’s final seconds, but he’s no Vince Carter or Richard Jefferson.

Together, Carter and Jefferson were 12 for 40 from the field and shot only eight foul shots. EIGHT?? Jefferson alone should be able to do that!

And don’t get me started on Carter, who’s performance against the Raptors so far has been downright disgusting for someone of his talent.

The boos and "VC Sucks" chants were more merciless last night but regardless of whether they affected Vince’s shots or not, I just can’t fathom his decisions with the ball at times.

One play in particular summed things up.

Thanks to a screen and roll at one point late in the game, TJ Ford ended up being switched off on Carter. The mismatch looked to be a sure Vince trek to the foul line but instead, Carter shoots a fade-away jump shot, which doesn’t come close.

And while it’s been stated time and time again, this is the main difference between Vince and other elite players like Kobe Bryant. Bryant badly rolled his ankle last night against Phoenix yet still attempted to play, even though his team was down by almost 30 points.

However I’m not going to take away anything from Toronto’s defense in terms of forcing New Jersey into such poor shots.

This team has really buckled down on this end of the court and this has made the difference so far this series, something I never thought I’d say.

Games one and two resulted in each team grinding out a win and I expect to see more of this the rest of the series.
It won’t be the prettiest playoff basketball, but as Raptor fans we

could care less as long as it’s effective in getting Toronto through to the next round.

As the Clipse once said:

Filthy, the word that best defines me, I'm just grinding man, y'all nevermind me...