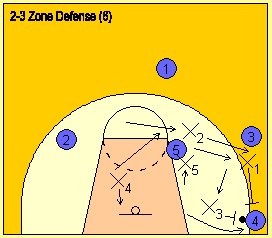 Before becoming a basketball fan I was a huge hockey fan. Played hockey, watched hockey and could quote random stats about anyone from Peter Sidorkiewicz to Glen Hanlon.

However above all else I was a huge Calgary Flames fan. The Flames fielded some of the best clubs in the NHL in the late 80’s and early 90’s however with the exception of two years, never could seem to deliver considering their immense talent. And as the team waned in strength in the mid to late 90’s, so did my interest until they became a distant second-thought to basketball.

On Monday night, the Flames were eliminated by the Detroit Red Wings from this year’s playoffs and as I lazily flipped between Detroit’s shellacking of Mikka Kiprusoff, and Golden State beating up on the Dallas Mavericks, I noted that in both series’ it was the winning teams that were dictating the tempo of the game.

It also made me think back to the Raptors loss on Saturday to the Nets and just how effective that zone defense was. Sometimes you forget that the purpose of a zone is not only to protect foul-prone players, force jump shooting and perhaps hide weak man-to-man defenders, but also to set the tempo for a game. New Jersey can get out and run with the best of them (as seen in Richard Jefferson’s numerous wide open dunks) however Lawrence Frank knows that by slowing the pace and forcing Toronto to play in the half-court, it negates many of the Raptors’ strengths. Even during their run in the late fourth quarter I remember Jose Calderon trying to get the ball up the court as quickly as possible and find players who could get to the rim in transition, only to have to pull up just after half as he attempted to wade through the muck and mire of the Nets half-court zone D.

Yes, New Jersey truly did bring the swamp to the ACC.

And besides slowing up Toronto’s offence, the other issue with the zone obviously was that the Raptors settled for perimeter jump shots or were forced into difficult looks (Anthony Parker’s fade-away off the side of the back-board jumper comes to mind.) These led to long rebounds which New Jersey would then simply run down for easy transition baskets.

Having said all that, what do the Dynos need to do tonight to fix this?

Well for starters, calm down.

The Raptors looked a tad jittery and need to play the way they have most of the season. If the team can settle down and start to run their offense and make stops defensively, that’s a big first step.

Secondly, Chris Bosh needs to get more involved offensively. Even when he wasn’t plagued with fouls, as some of our readers pointed out, he settled for jump shots through the entire first half and needs to start attacking the rim. As I discussed on Friday’s Game One Preview, as Bosh goes, so does Toronto. If he’s not getting touches inside, or is settling for outside shots, it makes New Jersey’s zone that much more effective. Therefore CB4 needs to establish position and make good decisions with the ball. Even when he’s not scoring 30 points a game Bosh can have a huge impact with his passing and rebounding, two other areas that were noticeably absent in Saturday’s loss. Above everything though, I don’t want to see him being guarded by Josh Boone and settling for fade-aways. Much to my horror, that was the case numerous times on Saturday and for Toronto to win tonight’s game, it must have an aggressive Bosh drawing fouls and more importantly, being that inside threat to help shift the zone around.

Interestingly, as effective as the zone was, the Raptors need to remember that they still only lost Saturday’s game by a very small margin. Therefore a few tweaks should go a long way. I felt that TJ Ford carried the club offensively and without him the Raps may not have even been in the game as the offense was so stagnant in the first half. However tonight, I’d like to see Ford get into the paint and help to collapse New Jersey’s defense beside look for his own scoring.

One of the best ways to beat a zone is to have your point guard split the top two defenders. This causes the "three" players in the 2-3 zone formation to have to come to the ball leaving Ford’s team-mates on the wing, wide open. Anthony Parker is about as deadly as they come from the outside so if Ford can use his speed to get open shots for Parker and others, this might force Lawrence Frank to abandon his zone schemes.

The problem is, even when Toronto had open looks, they weren’t making them Saturday, especially in regards to the Raps’ bench crew. If Dixon, Bargs and Peterson aren’t nailing those open looks, Ford can penetrate all day and it won’t matter. Bargnani simply looks rusty and unfortunately I’m not sure Toronto can expect to see the February/March version of Il Mago again for a while. The same might now be said about Dixon, battling a wrist injury. Therefore Sam Mitchell needs to get maximum productivity out of the likes of Joey Graham and Mo Pete. Graham’s defense was solid for the most part on Saturday but offensively he looked lost. It was indeed Graham (instead of Darrick Martin) who should have been where Jose threw the ball in the fourth quarter and I too was not at all clear why he logged so many minutes. This evening, Toronto’s supporting cast needs to come out with a much stronger performance. I don’t expect Vince Carter to shoot so poorly and therefore the Raptors need all the offensive help they can get.

And how about Coach Mitchell? It seems like this remarkable Raptor season is going to continue tonight with a coach of the year award for Sam, something I’m not entirely sure all of Raptor-nation is in agreement with. If anything, it’s going to make this off-season very interesting should the Raptors under-perform in the playoffs.

While I didn’t feel as strongly as some about him being out-coached, I will be glued to the set tonight to see what adjustments Mitchell’s tried to make. It wasn’t him telling Chris Bosh to shoot 3’s, have his players catch the ball in corners and easily trappable areas on the court or making Bargnani force the issue on offence last game. That was the players themselves and while Mitchell isn’t the videophile that Lawrence Frank is, I am expecting some improved offensive execution based on two full days of practice.

More than anything though, I’m expecting a win tonight.

The Raptors have come back from adversity all season and while Saturday’s loss was disappointing, the team knows they were close even though they played one of their poorest games of the season.

Toronto also knows that they’ll once again have some ridiculously boisterous fan support. I was at the game and while it looked impressive live, on TV it looked even more impressive and reminded me of Calgary’s "Sea of Red," an imposing sight for opponents regardless of the fact that the Nets one-upped Toronto by wearing their red "third jerseys." Under NBA rules, New Jersey will now have to sport these on the road for the rest of the series so unless MLSE decides to switch to an all-white motif, Richard Jefferson will be able to keep making his "it was so nice for the fans to come out and support us" jokes.

I guess that’s all he can do.

A quick glance at ticketmaster.com reveals plenty of empty seats in the swamp for the rest of this series, a sad, sad declaration of the state of affairs in Juzzy.

Here in Toronto tonight, I’ll be waiting for the Raps’ zone-busters to tear the roof off an ACC that’s just waiting to explode.