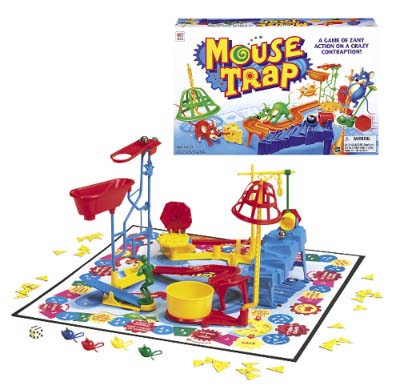 This was a trap game. It had all the makings of one and it was exactly that. The Raps have obviously been flying high as of late and the Bucks, having been ravaged by injuries this season are not exactly known around the league as a force to be reckoned with. Their record before last nights game was 21-37. The thing is, a healthy or even near healthy Milwaukee Bucks team is a solid squad that should not be overlooked. Unfortunately the Raps seemed to do just that.

With their money man Michael Redd having returned and Charlie Villaneuva recently back from injury as well this Bucks team has some real talent, make no mistake about it. On Friday night at the ACC they put that talent on display as players like Charlie Bell, Mo Williams and others not only did some nice things offensively but as a unit they held the Dinos to an ugly 36.8% shooting performance.

Yes, ugly it was. Early on in last night’s match-up it was turn-overs. Later in the match-up it was resorting to outside jumpers to get back into the game. It was those same outside jumpers that were just not willing to fall. Of course bad shooting nights are inevitable during an 82 game season, but not all of this 36.8% shooting can be attributed to simply missing. Some props need to be given out to the Bucks coaching staff (never in my life did I think I would praise Terry Stotts) who clearly decided to focus all of their squads defensive efforts on getting the ball out of CB4's hands...even if it meant fouling before the shot. The plan worked however as Bosh had a tough time last night only managing four field-goals to match his four turn-overs.

As a result much of the pressure was on guys like Bargnani, Peterson and Ford to pick-up the slack but a combined 12-38 for the floor and 5-19 from behind the arc is just not getting it done and the Raps had their lowest point total since December 11 against the Miami Heat. I mean 81 points? That number seems familiar...oh yeah the same number of points one guy put up against the Raps last year.

The thing about last nights game that made it interesting was that the Bucks players knew they were making it hard on the Raps and their team showed an enormous amount of energy. During time-outs guys were doing the usual high-fives and the like but they were also pushing each other to keep up the intensity. Leading the way was Michael Redd who during the fourth looked like a man possessed knocking down some big shots and helping lead his teams way to victory. After the game Redd was quoted as saying "We’re hungry now." That much was obvious. It’s also obvious that these guys like playing with each other.

Along with Redd there is a lot to like about this Bucks team and although injuries have essentially killed their season, if there is one team in the East who could challenge the Raps for years to come it could be this squad, not Orlando like many people think. You saw last night the tough battles being wages between Bogut and Bargs, CB4 and CV Smooth and others. These big guys will be doing battle against each other for years to come. With Redd, a re-signed Mo Williams, a healthy glue guy in Bobby Simmons and even Earl Boykins, this Bucks team could be a force.

If there was one positive to take from last nights game it is that the team continues to play hard and the players consistently do the little things to make a difference. Two plays in particular stood out in my mind, the first was the charge that Calderon took at mid-court when Ruben Patterson turned and absolutely flattened him. For hits like that you need football gear and you would be hard pressed to find more than a handful of guys in the L who would try and take that charge. The second was Garbo’s willingness to hit the deck on a number of occasions. This guy does so many little things on the court that go unnoticed. One of my old roommates from university who played varsity ball was at the game with me last night and said, "Garbajosa is going to be a beast in the playoffs". Considering how important all the little things are come playoff time I couldn’t agree more.

There is one thing I completely disagree with though. Booing after a loss. The booing is totally unnecessary and shows a complete lack of respect for what the players have done this season. The guys didn’t play their best, but no wonder some people still question whether fans in Canada really understand the game....one minute they are chanting MVP, the next booing the team off because they had an off night. Pathetic.

Up next is the Cavs for the second time in just over-two weeks and if you look back on why the Raps lost the last time these two teams faced each other it was the "little things" that didn’t get done. This will be a test for the Raps. Parker remains sidelined which could make containing Lebron that much harder. Big pressure on the likes of Peterson, Dixon (who is currently the first guy off the bench), and Joey Graham to bring some defensive intensity to the game. Bargnani will miss this match-up which takes away some serious fire-power despite his 33% shooting last night, and of course this is the second game of a home-away back-to-back.

The key to victory for the Raps is simple. Get Bosh a ton of touches and when doubled (which is inevitable) the guys around him have to make some shots. It is sounds simple in theory but if there’s a cover on the hoop like there was last night it may not be so easy in practice.

Oh and a shout out to Evelyn for the great seats last night.