Tip-In: From Perfect to Painful

Share All sharing options for: Tip-In: From Perfect to Painful 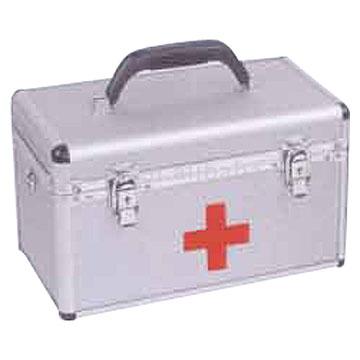 Just when you thought the Raps were hot....they’re not. After a few days off and with the magic number at 7 the Raps looked to take it to the lowly Celtics. Unfortunately, the Raps never got it going until it was much too late and a winnable game became loss number 32.

Comparing Friday’s game to Monday’s is like comparing Apples to Oranges....or Jessica Alba to Rosie O’Donnell. There is a lot of adjectives that one could use to describe the Raps performance against the Celtics....choppy, half-hearted, and after watching Garbo go down with what looked like a terrible leg injury....sickening. Before we get to Garbs though let’s discuss the game.

Anytime a team scores less than 20 points in three straight quarters a few things are very obvious. One, the team had an off night shooting. The second, they are turning the ball over. Both of these things rang true on this evening. The Raps shot 40%, a number inflated by a 31 point fourth quarter, and turned the ball over a whopping 19 times. For most of the first three quarters the Raps had little ball movement, forced the issue and guys just were not ready, either to (i) accept a pass from Ford, or (ii) to shoot the rock.

Chris Bosh had a particularly tough night at the office trying to get his offensive game going. Be it in-and-outs, back-iron or even air balls the rock would just not fall for the Raps big man whether he was taking the ball in the post, shooting from the elbow or trying to take the defender off the bounce. As much as Bosh had an off night much of the credit has to go to the Celtics defenders who swarmed CB4 time and time again. Doc Rivers clearly had a game plan to stop the All-Star (sorry...Doc Rivers and game plan in the same sentence...pretty sure Sportsguy just regurgitated) and for whatever reason the Raps couldn’t take advantage of Boston’s defensive tactics. In particular, they couldn’t find the one guy who was having a solid night....Anthony Parker.

No-one on the Raps squad managed to continue their high level of play from Friday, and in a strange twist of fate it was the guy who didn’t play Friday who had the hot hand. No.18 had another Parker like game and it was disappointing that his teammates didn’t recognize that he was in the groove. For whatever reason the ball just never found its way into his hands despite shooting a high percentage from both inside and outside the arc. Parker is such a key component to the Raps success on both sides of the ball and is slowly becoming a favorite player of this HQ member.

If there was one guy the Raps could have used on the court tonight it would have been Andrea Bargnani. Someone who could stretch the D and make space for Bosh was exactly what was missing from tonight’s game. The three was not falling for Garbo, Mo Pete and Coach Mitchell must have had some sort of disagreement since Friday as Mo has suddenly been pulled from the rotation again (perhaps rightfully so as Mo was forcing his game to unprecedented levels) only logging 7 minutes, and Juan Dixon was out of tonight’s match-up with a bad neck. That’s right another injury to the Raps.

Speaking of injuries we now come to Jorge Garbajosa. We at the HQ have been promoting Garbo as the X-factor ever since the idea was floated to us a few weeks back by an old roommate of mine (thanks B-Ross). With the playoffs looming and having seen his impact on the Friday night debacle against the Nuggets we were sure he was a key element to the Raps post-season success. Well now there is no doubt we won’t find out if that was to be the case.

In attempting to block an Al Jefferson dunk Jorge came down HARD on his left ankle/lower leg. The reaction by Al Jefferson said it all when he turned away in disgust. If a picture says a thousand words what is a sound worth? If you have a squeamish stomach seeing Garbo’s leg post-fall is not for you as it was disjointed and simply in an unnatural position. What was even more blood curdling though were his screams of pain. Carted off the court on a stretcher you don’t need to be a doctor to know that Garbo likely sustained some serious damage to the leg. Broken bones? Or even worse torn ligaments? X-Rays will reveal the breaks almost immediately but it could be a little bit before the full nature of the damage is revealed. To quote Chuck "I am not a doctor", but I can tell you it looks real bad.

Suddenly as the injuries mount the Raps run the risk of stumbling into the playoffs. With Andrea still weeks away, Parker, Bosh and Calderon all with weakened ankles, Garbo more than likely finished and Dixon with a bad neck the injuries are starting to mount. This is exactly what this team doesn’t want coming down the stretch which is what makes this loss a tough one. The quicker this team can clinch the division the quicker they can rest some players and develop some others, like the new guy, Luke Jackson.

In another strange twist of fate the Jackson signing could not have come at a better time. It is almost like BC foresaw the Jorge injury on the horizon. If Jackson is able to get some minutes and spread the D while making the smart play and helping on the glass he may be able to off-set some of what this team lost. That’s not to say that Luke is going to be an x-factor for this team but the importance of any possible contribution he can provide has just been amplified. It is tough to tell what he will bring as he hasn’t really been healthy since he was drafted, but he can play a role on this team and provide some things that will be missing as a result of this current string of injuries.

Hopefully the Raps can rally around each other and make due with what they have. With a couple of tough Eastern Conference match-ups on the horizon this week they will need to draw on their depth and get the same effort out of each guy that they saw on Friday night.