Share All sharing options for: Game-Day Preview - Raptors vs. Spurs 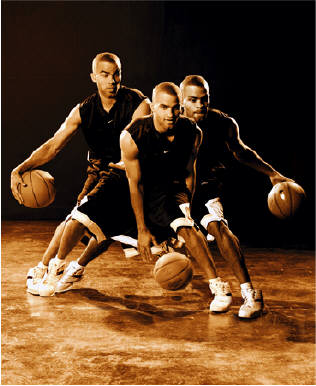 And now, a real test.

As much as we’ve discussed Toronto’s proficiency of late, and overall record since the start of 2007, it’s games like these next two which should really put things into perspective.

Tonight, Toronto takes on the San Antonio Spurs in S.A. before heading to Houston to take on the Rockets on Wednesday. Together, these two teams stand with a record of 73 wins and 38 losses and represent the league’s top two defensive squads. It’s one thing to beat up on an under-manned Bobcats squad...but yet another to beat these Texas’ two-some.

Nevertheless, both of these clubs are beatable.

The Spurs simply haven’t looked to be in the same class as Phoenix or Dallas (or even Utah or Houston at times for that matter) and while they do hold the league’s fourth best record, seem to be a step behind where they were at this point last season.

And for all of its defence, Houston has been one of the league’s worst offensive clubs and has struggled with injuries to its two stars, Tracy McGrady and Yao Ming.

I see both matches as being low-scoring, closely fought affairs, but specifically let’s take a look at the match versus the Spurs tonight and some keys to a Toronto victory.

Point guard play: In the last few games, Jose Calderon and TJ Ford have terrorized their opponents and led the Raptors in various ways. Whether it be in the assist category by breaking opponents down off the dribble or by scoring the ball, these two have played major parts in Toronto’s last two wins. The Spurs have their own version of Calderon and Ford in Tony Parker and while Toronto needs its guards to penetrate and get to the rim, they also need to stop Parker from doing the same thing. One of the league’s quickest guards, Parker, has destroyed the Raptors in the past and keeping him on the perimeter and forcing him to shoot a shaky long-range jumpers will be high on the Raps "To Do" list tonight.

Rebounding: This seems to be a common thread on these previews and once again, it’s an area that bears addressing for tonight’s match. Toronto, even in its wins, has had issues with the opposing team’s "Bigs" and the Spurs have them a-plenty. From Tim Duncan (who I’m guessing will be guarded most of the night by either Rasho or CB4) to Francisco Elson and Jackie Butler, San Antonio has some size to throw around. However none of these possess the same physical skills as Emeka Okafor or Anderson Varejao so with a solid commitment to glass-work (especially from the ever-improving in this category, Andrea Bargnani) and Toronto should be able to prevent second and third possessions which would play right into key number three...

3 Point Shooting: While San Antonio’s not exactly Phoenix in terms of offensive execution, they are one of the league’s best long-range shooting clubs currently hitting on 38 per cent of their 3-point shots. If Toronto doesn’t rebound the ball effectively, the likes of Manu Ginobili, Bruce Bowen, Brent Barry and even Robert Horry will lurking like vultures for kick-outs leading to open shots. At the same time, Toronto needs to recognize this in their defensive sets and ensure that they rotate out accordingly.

In any event, I can’t understate how much I’m looking forward to these two matches. I think Toronto and San Antonio are very similar in many ways (aside from the fact that the Red Rocket has played for both clubs) and tonight’s game is certainly one Toronto can steal. Doing so would not only give them win 32, but would be a huge statement to the rest of the league and be a great precursor to Wednesday night’s tilt with Houston.