Tip-In: The Hunger For More

Share All sharing options for: Tip-In: The Hunger For More 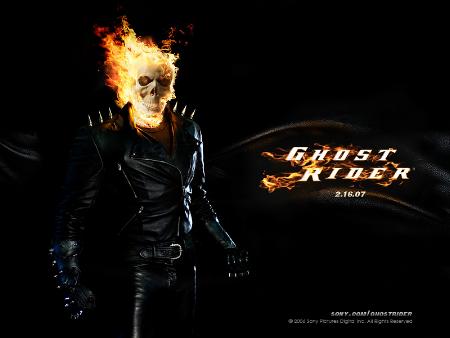 Ya gotta feel for Uros Slokar.

He finally gets up off the bench, even just to get some garbage minutes, and the Raps run out the clock leaving him sitting on the sidelines as time expires...

I guess I had to start with that as it was just about the only negative I could find from last night’s 110-88 win Raptors’ win over the Pacers.

Other than a ridiculous Darrell Armstrong full-court heave and a fourth quarter 18-1 run by the Pacers to get them within 10, the Raptors played maybe their most complete game of the season putting on an absolute clinic offensively. Toronto shot 56.2 per cent from the field (including going a ridiculous 13 for 20 from beyond the arc) and had 32 assists in the game.

They were no slouch defensively either holding the Pacers to 38.6 per cent from the field and did an outstanding rotating out on shooters. Anthony Parker, Chris Bosh, TJ Ford, Jorge Garbajosa and Rasho Nesterovic each made a number of great defensive plays that really set the tone for the Raptors and Toronto did a great job on the glass out-rebounding the Pacers 48 to 37.

In fact for those who saw the game on RaptorsTV, it was as if Toronto was playing like a team possessed. Maybe it’s because I recently took in a viewing of Ghostrider (which was actually a lot better than I expected) but at times last night I could have sworn that Jorge Garbajosa had flames emanating from the back of his skull!

Even when the Pacers made their run, Toronto seemed to have this look in its collective eye as if to say "is that the best you’ve got?

And that was my favourite part of last night’s win.

Not that nearly had seven players in double figures.

Not that Chris Bosh was once again serenaded with chants of "MVP" by a chorus of a near sold-out ACC faithful.

And not that Toronto won its thirtieth game of the season, a mark that seemed like such a huge hurdle only a season ago.

But that the Raptors came out with the energy and intensity that they needed to get this important win and just looked to be on a mission all night.

Now (regardless of the fact that our schedule says Toronto plays the Cavs again next) the Raptors have to bring that same sort of mentality to Charlotte tonight against a Bobcats squad that’s won four straight.

And just like last night, Toronto needs to focus in on similar things to get the win, namely doing a number on the glass. Emeka Okafor had 16 points and 16 rebounds last night in Charlotte’s win over Philly and the Raps’ bigs need to rebound with the ferocity they displayed against the Pacers in order to keep him in check.

They also need to move the ball on offense to get open looks like yesterday evening. Jose Calderon and TJ Ford had 20 assists between them and their play tonight will be key in determining tonight’s victor.

But perhaps the player who I’m starting to notice as a nightly X Factor, is Andrea Bargnani.

When Il Mago comes into the game and is on, it’s downright scary. He’s such a threat from long range and now he knows it. Last night he used the deep threat fake on Jeff Foster to get to the rim and more and more he’s getting to know when to put the ball on the floor and when to pull the trigger from downtown.

On top of this, Bargnani seems to have no problem hitting the big shot. He’s done it countless times this year already and last night when the Pacers got within 10, it was Il Mago who drained the three after a number of jab steps to put the Raps ahead for good.

In one of his most humorous columns of the year yesterday, Bill Simmons aka The Sportsguy even touched on Bargnani’s mean streak and gave Bryan Colangelo an A+ for his work with the Raps. (Wait till you read what the rest of the GM’s got for grades...) It was Simmons who after the draft believed that the Raptors made a huge mistake taking Bargnani over Morrison.

Ironically, it will be those two facing off tonight and I for one am looking for some more Ghostrider fury and a 31st victory.