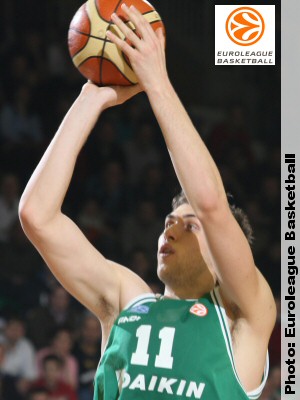 Ok that was too close for comfort. Way too close.

Last night the Raps won game number 28, 112-111 over the Chicago Bulls, surpassing last year's win total even before reaching the All-Star break. It sure wasn’t pretty though with the Dinos blowing a 12 point lead with just over five minutes to go in the fourth. In fact, this game was eerily reminiscent of the LA Lakers game where the Raps just couldn’t close the deal without giving the other team a shot.

If you look at the recap from the Lakers game (Tip-In: Don’t Get Too Comfy) you will read the following:

"With 5:41 to go the Raps were up thirteen and the game seemed to be in hand. The Dinos looked good. Before you could say "Bob’s your uncle" however, things started to change and after a few bad turnovers later the Lakers made a last push and in fact took the lead with just over two minutes left."

Hmmm...ok so there was less than a minute left when the Bulls took the lead, but you can see some very concerning similarities, mainly letting a beaten team back into the game. One bounce that goes the other way in both of these games and suddenly the Raps are looking .500 ball right back in the face.

So what is going on here? Sure it’s hard to poo-poo a win, but there is a reason to be concerned. When playoffs roll around you absolutely cannot let teams climb back into the game with so little time left. Well last night the reason for the Raps collapse was glaringly obvious. Although it wasn’t turnovers that killed the team on this night, from the 3:28 mark in the fourth up until there was just over 30 seconds left, the Raps did exactly what they needed to avoid...they fell in love with the three-ball. Actually "love" is a bit of an understatement. How about infatuated! In that time period the Raps took 6 shots. Five of them were from beyond the arc and none of those shots dropped. Sure they shot 50 per cent for the game from the land beyond but it baffles my mind why there was no penetration.

The most likely explanation would be the fact that the Bulls played a zone for most of that time and the Raps had a tough time breaking it down. Even so, does that really explain taking five 3's to one jump-shot during that period? On the flip side the Bulls were attacking the rim, Ben Gordon in particular, and although Duhon hit two large long-range shots of his own, they were within the flow of the offence. With that in mind, it should not then surprise you that the Raps managed to pull this game out when TJ Ford went to the hoop. Although we was blocked by Tyrus "Pay-cheque" Thomas, CB4 snagged the ball and on the rebound was fouled. Bosh was then sent to the line where he nailed the game winning free-throws. Yes, the free-throw line, that place where the Raps should have been going for most of the last 12 minutes of the game...

While mentioning CB4, he deserves some props for coming back after the rough performance against ‘Sheed and putting up another solid double-double with 25 and 14 to accompany his two blocks. Bosh didn’t go it alone tonight though as another Raps big man put on a performance. The second part of the Killer B’s, Andrea Bargnani, played his best half of ball during this, his rookie season. By the time the first 24 minutes of the game had passed Bargs had 17 points and was showing all of his talents, from outside the arc, to putting the ball on the floor, to throwing it down and putting some hurt on the Chicago iron. The only concern, which was accurately pointed out by Leo almost immediately in the third Q, was that the rest of the team seemed to forget how well Bargnani had played early and they did not look to ride the hot hand. The young guy needed some more love!

Of course young guys is something Chicago has lots of. After watching last nights game it is hard not to love Luol Deng. Kid is a baller and much like Rip Hamilton, loves the mid-range game. He, along with Hinrich, Gordon, Tyrus Thomas and Thabo Sefolosha give that team some solid young players. But I have to ask, does this team want to win a championship? Why not move some of these pieces and/or the Knicks pick for Gasol? If they don’t want to see Ben Wallace and his huge contract go to waste I truly believe they have to make a deal for the big Spaniard. It’s not like they would be brining on an over the hill veteran. The guy is 26!

Speaking of Spaniards, Calderon was excellent again last night and did an excellent job breaking down Hinrich off the bounce. Of course to get back to my original point which was the similarities as between this game and the Lakers match-up, I give you this, again from the Lakers recap:

"...am I the only one who noticed that when Calderon was pulled the wheels fell off? I will let you draw your own conclusions."

Once it is a fluke. Twice it’s a concern. If it happens a third time it starts becoming a bothersome trend, and one that needs to be fixed by playing #8 during the crunch time...

And so now we're onto tonight's match against the Nets. We've got it posted as the Raps versus the Raps on our schedule in error but you could argue that that's exactly who Toronto WILL be playing tonight...themselves.

New Jersey was destroyed by San Antonio last night and there's absolutely no reason Toronto shouldn't win tonight's game easily. No Jason Kidd, no Richard Jefferson and of course no Nenad Krstic...which means Toronto needs to beat a lineup consisting of the likes of Mikki Moore, Marcus Williams, Antoine Wright, Jason Collins and Eddie House...oh...and some guy named Vince. But Carter aside, unless the current blizzard in the T-Dot prevents the team from getting back here on time, the only way Toronto should lose this game is if they get sloppy and beat themselves. In last night's affair they showed just how deadly they can be offensively when their guards are cutting to the basket and finding open wings.

They also showed that they need to improve on finding ways to beat teams who throw different defensive looks at them. Scott Skiles' zone last night absolutely shut Toronto down but in many ways, it was the Raps themselves who helped out by not penetrating into the heart of the zone to force it to move. Other teams will have scouted this now and Toronto needs to be able to adjust accordingly. Some of this obviously falls on Sam Mitchell and you can bet it's something he and his staff will be working on next practice.

I'm looking to see another dominant performance by CB4 who the Nets have no answer for and for the Raps to use their depth to wear the Nets down. Vince may get his, but as long as Eddie House isn't pitching in 40, Toronto should move one win away from 30 on the season.

For those attending the game tonight in spite of the snow, one of our readers suggested a new cheer aimed at V.C. to be sung to the tune of the Beatles "Yellow Submarine." It's a catch jingle that goes like this: