From Bandwagon to Bitter Bus

Share All sharing options for: From Bandwagon to Bitter Bus 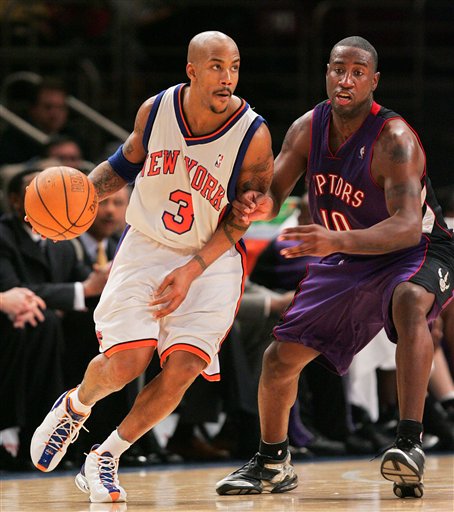 As we head into the stretch run one thing is starting to become glaringly obvious. Well at least it is to me. It will be a long, long time before this franchise finds itself back in the dark days of years past. The changes are obvious on the court and now we are all going to see some changes off the court as well. No I don’t mean changes to the front-office or ownership, or anything like that. What I mean is this team is no longer going to fly under the radar and what it is to be a Raptors "fan" is going to change.

For years now there has been little talk about this franchise except how dysfunctional it is, how no player wants to be in Toronto, and how this team is simply destined to lose. When ever I mentioned my passion for Raptors basketball it was generally met with a snicker, a laugh, or a quick and simple reply - "They Suck." I am sure many of you have experienced the same thing.

Of course comments like those have been harder to come by as of late. In fact, lately when I talk ball with people from work, other friends, or simply the occasional sports fan, the conversation now usually starts with "Hey did you see the Raptors’ game last night?" and generally ends with "This team is starting to look really good." I mean just this Friday my father called me from Halifax after the Lakers game to talk Raps ball and the game’s finish! Seeing how my father has never been a big sports fan but yet somehow is now drawn to watch Raps games, it became crystal clear to me that the Raptors, and how people view this team, is really changing.

In some ways it is exciting. It won’t be too long before ESPN and ABC start doing Raptors games again. When this team makes the playoffs, and at this pace wins the Atlantic, there will be a new found spotlight on CB4 and the rest of "Team International." Imagine if this squad goes a couple of rounds!? The momentum would be huge. Suddenly the Raps will be a hot ticket in town. The days of buying under-priced scalped tickets will be long-gone and the ACC will be filled with an electricity not seen since the playoff years that feel like ages ago. There is no doubt, times are a changing.

Of course in some ways it is bitter sweet for the hard-core fan. Everyone loves a winner. That’s just reality. In some ways you can’t blame folks for shifting their attention away from the Raps during the losing seasons, although for whatever reason, no matter how much the Leafs struggle, the city of Toronto still seems to live and breathe the Buds. Now, however people are coming back to Raptors ball. There is a new-found interest. People are, getting on the bandwagon. There’s no doubt it is great for the franchise, for people who make $$ of the Raptors’ success, and for the future of basketball in this country.

So why is it then that there is a little part of me that is bitter about this new revival of interest? I have no real attachment to the team. I watch the games and I get into them and yes, I write about them. Not for profit, not for exposure, but simply because I like to. Watching this new squad grow is exciting and that really should be the end of the story. In a weird way though, I feel like I have the right to be enjoying this success more than those people who are getting on the bandwagon now. More than those same people that will now make it tougher to get a seat at the ACC, the same people who said "They Suck," and the same people who lost interest when the going got tough. I have a feeling I am not the only one that has this feeling. In some ways I believe that the hard-core fan has the right to enjoy this success more than anyone else. I mean we are the same people that had to sit through seasons of Hoffa blocking less shots than Milt Palacio, hoping that Omar Cook could solve the PG issue, and seeing the bench lined with guys who couldn’t get an NBA gig in any other city. Like I said, I don’t have an attachment to the team...formally...but my commitment as a fan I believe gives me the right to enjoy this new-found success a little more than everyone else.

Maybe the feeling I have about this success is not so strange. I am sure this happened with the New England Patriots, the Calgary Flames during their run, and other franchises who had tough years and fought their way back (I guess Yankees fans over the last decade can’t appreciate this.) Maybe it is just natural. The thing is I want this team to succeed. Although I will miss the hardcore debates about high draft picks and the like, I guess in the end I am ready for people to jump on the bandwagon. It’s time. We, the hard-core fans deserve a winning squad and finally we are getting what we deserve.

For me it’s just too bad that when everyone starts piling on the bandwagon it will be impossible to determine who has been on this bus since day one, and who is just along for the "ride." I don’t want to single anyone out, but it is hard to appreciate the good things in life without experiencing the bad and once the Raps catch on, it will only be a hand-full of people who will really truly appreciate what’s taken place. Of course seeing the ACC packed during the playoffs will ease my apprehension to a certain degree and my intention is not to say that the bandwagon is slowly turning into the bitter bus for me...I just think that over the next 20 games or so, provided this team is still building momentum, it is the last opportunity for the hardcore fan to enjoy it before the rest of the NBA, and fans really start "jumping on."