3 in the Key – Toronto Raptors Game-Day Preview vs. Celtics

Share All sharing options for: 3 in the Key – Toronto Raptors Game-Day Preview vs. Celtics 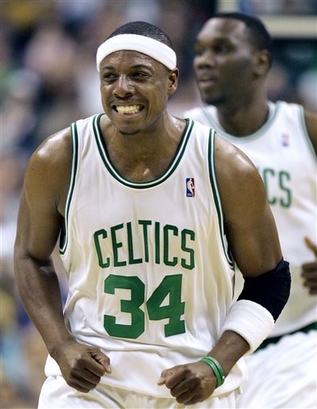 I was so hyped for this game.

After the close-fought loss last month in which neither team played well, I couldn’t wait for Celtics/Raps II.

I envisioned these games as being the start of a great rivalry and with Boston drawing first blood, I was expecting Toronto to come back and even things up.

Now, with reports out of yesterday’s practice that Chris Bosh and Andrea Bargnani weren’t making the trip to Beantown, my excitement level has admittedly died down.

While Bargs has been inconsistent at best, I really think Toronto needs all hands on deck including these two, to get the job done tonight against a Celtics’ team that’s yet to lose a single game at home.

So let’s not waste any time and get right into it, starting with our three keys:

1) More Moonshine. Ok…yes, that was lame. But in all seriousness, without CB4 the team needs someone to start getting to the rim. TJ’s back so that should help in this area but Moon’s shown he has the athletic ability to be a factor here as well. In practice yesterday Sam Mitchell was joking that Moon is holding a rookie record – 123 minutes of game-time action without a free throw. It’s good to see Sam recognize this fact and it seems that Mitchell is taking the same "tough love" approach with Jamario as he did with a young Chris Bosh. This should be encouraging for Raptors fans considering how CB4 has turned out. As one of our readers pointed out yesterday, Moon is everywhere from being featured on Yahoo’s sports home-page to rising to number four in ESPN.com’s rookie rankings.(insider – may require account.)

Our associates at Celticsblog were asking about Moon as well and once again for this game, we went back and forth on a few topics. Here were our questions and their responses:

1. RaptorsHQ: The Celtics have only two losses this year so far and only a few games that have been close. Do you think this is due to the Celtics' play, or has it been a reflection of the relative weakness of their schedule?

CelticsBlog: The Celtics are the best team ever, why even play the games? Just hand us
the title now and we'll raise the banner and we can save ourselves all the hassle of the 82 game schedule and playoffs and all that. Works for me.

No? We have to play the games? Ok, if you insist.

The schedule has been pretty tame but when it has been tough, the team has come through (we swept all 3 of our back-to-backs). And yes, this team is really, really good. The bench has been better than advertised (though nothing to bank on), the health has been good so far (knock on wood), and there have been no issues with egos (not that I expected there to be, but
some threw that out there early on).

2. RaptorsHQ: How has the Rajon Rondo experiment been going? Do you still think this team needs to make a deal to get a more experienced player at the 1?

Celticsblog: Mostly good. He's still young, so there will be games when Doc will yank him for letting an opposing player get past him on dribble penetration (which is odd since his calling card has always been defense). Still, he's got all the tools and a lot of the smarts to be a very good to possibly great point guard. He just has to keep learning and growing. He's improved his mid range jump shot tremendously, but he still has to learn better when to use it. That will come.

Also, for the time being, the combo of Eddie House and Tony Allen playing combo guard minutes has given us a surprisingly good mix in the backcourt. They aren't point guards, but they get the ball across half-court and get it
in the hands of the big three and let them do their thing. Plus Eddie brings instant offense and Tony brings defense and relentless (if sometimes rudderless) dribble drives. So far it works.

3. RaptorsHQ: If Bosh and Bargnani can't go, do you think the Raptors can mount much
of a stand against the Big 3?

Ok, I guess you wanted more than that. Umm, lets just say that the Cavs didn't have LeBron and they made things interesting the other day. Anything can happen, especially if your three pointers are falling. Games like this
tend to be quirky and hard to gameplan for. It should be fun to see what happens.

2) Dictate the pace. As we saw against the Suns Wednesday night, Toronto can get out and run with the best of them (ie the Suns.) The Celtics can run, but are much more effective in an organized half-court game where they can play inside and out with their big 3. TJ Ford has shown in the past that he can exploit the inexperience Rajon Rondo so he may get the start tonight according to Sam Mitchell. I’m hoping Mitchell goes small actually all evening and gets his team to push the tempo, just like they did against Phoenix. This might be Toronto’s best chance as if Boston has a chance to set-up and run their offense, we could be in for a long night.

If they can’t, there’s a good chance Raptors fans will be looking forward to round three of this rivalry before tonight’s game concludes…