Tip-In: Toronto Raptors Post-Game: Every Raptor is a Factor

Share All sharing options for: Tip-In: Toronto Raptors Post-Game: Every Raptor is a Factor 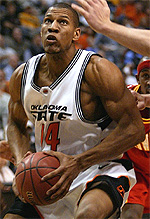 Lacing Them Up: After finding every possible way not to steal a game in Washington, things were not going to be any easier for the Toronto Raptors Monday night facing an improved Charlotte Bobcats squad sans the three franchise players; CB4, Andrea Bargnani and TJ Ford.

Despite playing short handed this is many ways was an important game for the Dino’s to have considering their next three match-ups are against Phoenix, Boston and Houston. Those are some tough games. Knowing what was coming this would be the best chance so far this season for the Raps to really display the team's depth. It was inevitable that Sam Mitchell would be calling on guys who had not gotten much burn thus far this season and relying on guys to play more than usual.

That’s the number of fouls that Okafor had on this evening. Early on Emeka picked up two quick fouls and this was just what the Raps needed. When missing two seven-footers, getting the opposing team’s low-post presence in foul trouble is key and the Raps managed to do just that. In limiting Okafor’s effectiveness and PT in the first half the Raps were able to dictate the tempo and get to the rim (see Temperature Check below). Very little will be written about this elsewhere but to me this was the primary reason for the Raps 98-79 win. By the time Okafor could get back into the game the Raps had it more or less in hand.

On a lighter note the other number of night was 98, the Raps score. At the end of the game it was hysterical listening to the 17,000 plus fans cheering for pizza only having Darrick Martin dribble on the spot and run out the clock. You can say that to score here would have been unsportsmanlike and these teams have to see each other a handful of times again this season, but Martin should have at least made an attempt for the fans who brought the team good energy on a cold Monday night. We’re in a time when running up the score in the NFL is totally acceptable so why not get the fans their free slice?! There’s some unhappy homeless people tonight.

Not sure if there really was a turning point because this game was over early. There was no particular moment when the tides turned or things changed. The Raps defense was very solid on this night and their offense was clicking. This game was truly a testament to what BC has done for this franchise. The depth of this squad was clearly on display. You think the 02-03 squad could have pulled out a W missing VC, AD and Mo Pete?

BC has to be extremely satisfied with this win, maybe more than any other this season. That being said Juan Dixon and Maceo Baston have to be wondering what they’ve done to deserve zero minutes on a night like this one.

Hot: Calderon. Talk about setting the tone. Calderon came out with his Astro Boy boots on and began abusing the Charlotte PG combo of Raymond Felton and Jeff McInnis. Calderon was getting to the hoop at will against a horrific defense and really filled up the stat sheet. Jose has done an A+ job with TJ either out or limited and tonight was no exception. The Raps needed to start fast and Calderon was undoubtedly the catalyst in this respect.

Cold: Jason Richardson. There’s no hiding that this guy is one of my top two players to watch. He is so athletic and can do pretty much everything on the court. That being said he had a terrible night. He, like everyone else on his squad looked like they were shooting at a can with its lid firmly attached. J-Rich couldn’t find the bottom of the net until the second half and by then it was simply too late. A low shooting percentage has plagued this guy all year though and you can tell that many of the guys on this team are still looking for a role. It was just one of those nights for the ‘Cats and the Raps took advantage.

Hot: Super Jamario. What else can you say, other than you should apparently log onto raptors.com to vote for his nickname. If Super Jamario isn’t there it is an absolute travesty. (UPDATE** The possible choices are Apollo 33, Moonshine, Moon Walker and Alabama Slammer. WEAK. Yeah, that's what we should do, nickname a player after a drink?! Did Jack Armstrong pick these out?) He is becoming this teams Bruce Bowen, just more athletic. He rarely forces a shot, is more than happy doing the dirty work and is a great defender. His ability to alter shots and force some of the league’s best athletes to think twice before driving to the hoop is something this franchise has been missing for a long, long time.

Hot: Joey Graham. Ahhh...good Joey. I wrote last week that without a few injuries and some luck this guy was done. Well the injuries hit and Graham took advantage. He was more than efficient on the offensive end and played decent D. I love Sam’s use of Graham when he slots him at the 4 and plays the undersized game. We have harped on the fact that he has had a tough time in the transition from the PF spot in college to the 3 in the pro’s. So why not let him play where he is comfortable? They are doing this with Bargnani, only makes sense to do the same with Graham.

Moving On: Hope you enjoyed last night's game because things get really tough, really fast. As mentioned the Raps have three rough games coming up and hopefully Bosh, Bargs and Ford will be available. Tonight’s match-up was just what the doctor ordered in terms of getting some guys some more minutes and experimenting with line-ups. You can’t do that against a Phoenix, Boston or Houston. That being said guys like Graham, Hump and others could be called on, whether it’s to slow the pace of the game, put a body on someone, or simply cause mismatches.

The next three games will definitely be a test for this squad and we should be able to learn a thing or to.

Oh, and yes I stole the title for this article from a brilliant sign in the crowd last night.