Tip-In: Toronto Raptors Post-Game - Getting Back on Track

Share All sharing options for: Tip-In: Toronto Raptors Post-Game - Getting Back on Track 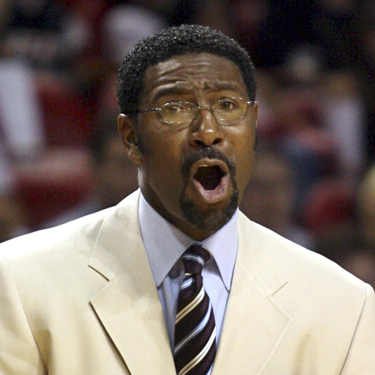 Watching this morning's NBA Fantasy show on NBA TV, Kris Humphries was selected as one of the five players to use tonight in your lineups along with the likes of Kevin Durant and Dwight Howard.

Well my eyes and ears did not deceive me and it was Kris Humphries hustle, energy and yes, scoring, that played a key role in the Raptors huge win last night over the San Antonio Spurs.

The Raptors played their best defense of the season and while San Antonio was missing one of its big three in Manu Ginobili, I'm not sure he would have made the difference considering how sloppy San Antonio's offensive execution was.

The win was a great way to kick off the last section of the Raptors western road swing but before we get to the keys to tonight's game against the Rockets, let's talk about Toronto's 83 to 73 victory.

As mentioned, the Raptors rediscovered their ability to stop teams on the defensive end and held the Spurs to under 32 per cent shooting from the field. San Antonio didn't help themselves much by missing some of the easy looks they did get last night. And 19 turnovers gave Toronto lots of opportunities to build on the Spurs poor shooting.

For me the turning point in this one was the third quarter. You know San Antonio was going to make a good run in the second part of the game after coming out flat in the first. However unlike most of the previous matches the Raptors played on this road trip, Toronto bent, but did not break. San Antonio charged back to withing one point (57 to 56 with 30 seconds left in the quarter) on a Matt Bonner 3 but Toronto put the clamps down again and eventually extended their lead to go on to win.

Hot - Sam Mitchel and the Toronto Raptors' Defence: I've been critical of Mitchell lately but last night we saw a great combination of preparation and coaching, and players carrying out this instruction on the court. The Raptors' red jerseys seemed to be everywhere, swarming Duncan, charging at shooters, and keeping Tony Parker from getting easy points in the paint. The team looked fresh, came out aggressive unlike San Antonio, and obviously needed the extended break. This team is capable of getting the job done defensively and now must play like this on a consistent basis. My hat goes off to Sam Mitchell for he and his team's defensive strategy on Duncan and Parker as the "physical, pack the paint" approach made things frustrating for the Spurs all evening.

Hot - Toronto's Bench: On a night when Chris Bosh sat out the fourth quarter, players like Kris Humphries, Carlos Delfino, Juan Dixon and Jason Kapono were huge in the win. Toronto's bench outscored San Antonio's 41 to 15 and simply wore out the defending champs. Humphries, as mentioned off the top, has been invaluable to Toronto over the past few weeks and has made Rasho's benching much more palatable and is giving Toronto something it hasn't had in years; a physical inside presence that can score with his back to the basket and around the rim. Chris Bosh is still a much better face-up player than a back to the basket scorer so Humphries adds a dimension that neither CB4 or Andrea Bargnani really provide at this point. And how about a little love for Juan Dixon? He still took a few ill advised shots, which he admitted to post-game, but was a GAME HIGH plus 19 last night.

Perhaps the recent trade rumblings are having a positive impact...

Cold - The San Antonio Spurs: There's not much to say here except that San Antonio really looked flat last night. They looked like the missed Manu Ginobili and Brent Barry more than they should have and I feel sorry for the Grizzlies, the Spurs next opponent. You might see a lot of Greg Popovich's vengeance exercised in that one...

Hot - Greg Popovich: Speaking of Pop, the San Antonio coach is appropriately in the "hot" section for his "calore" last night at the lack of foul calls against Toronto. He's also in this category for providing one of the season's best moments of unintentional comedy thinking he was tossed from the game only to return to ensure he really did get the old "heave-ho."

No time for delay, Toronto now takes on the second of the Texas Triangle tonight, the Houston Rockets, and it's going to be very interesting to see how this team plays.

They're coming off perhaps their best win of the season in terms of the opponent they faced coupled with their recent road struggles. Houston has been one of the league's most disappointing clubs this year, is missing Tracy McGrady, and is still struggling to find consitent production offensively from anyone not named Yao.

Therefore it would seem like a definite W for the Raptors wouldn't it?

Well as Raps fans, we've learned so far this season that the consistency just isn't there yet so Toronto just can't go out and pencil in W's on the calendar yet. Houston pounded on Memphis last night and will be looking to finish 2007 off with some solid wins to get back in the Western Conference playoff race.

So here are our keys to tonight's game:

1) Keep Bargnani out of foul trouble. Last night Il Mago still had some issues shooting the ball going three for nine but he was very aggressive going to the rim early and played some solid defence on Tim Duncan. He'll need to do the same tonight against an even bigger opponent in Yao Ming so hopefully Sam Mitchell gets this through to the big Soph. They need him to stay in this one and create mismatches to help draw Ming out of the paint.

3) Set the tone from the tip-off. This seeems to be the new re-occuring theme for Toronto. When the team gets out to a good start and sets tone with physical, aggressive play, good things usually follow. Playing away from home without the crowd help, this is even more important and I'll be looking to see Toronto carry-over last night's intensity to this evening's match.