3 In the Key - Toronto Raptors Game-Day Preview vs. Clippers

Share All sharing options for: 3 In the Key - Toronto Raptors Game-Day Preview vs. Clippers 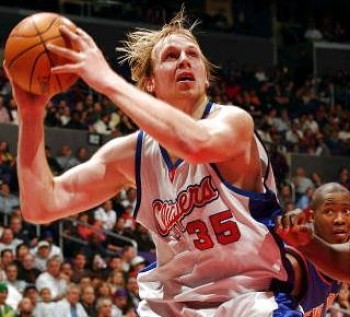 Has anyone looked at the Eastern Conference playoff picture lately?

Not that the playoffs are going to start tomorrow or anything but it’s just damn weird.

What decade is this?

Where are New Jersey, Chicago, and Miami?

Well that’s more of a rhetorical question than anything I know, but compared to the West where the expected contenders (with the exception of maybe Houston) are in the hunt, the East right now just looks wacky.

(And what’s stranger is that Miami, Chicago and New Jersey don’t look to be getting back into the race anytime soon! It took an extra heavy dose of Dwyane Wade for Miami to even beat Minnesota last night!)

Maybe the one team though that many expected to be fighting for a playoff spot in that Western race this year is the LA Clippers. The Clips faltered down the stretch last year but were hoping that a healthy Shaun Livingston and some off-season additions and draft picks could buoy the club.

As we all know however, that has been the farthest thing from reality. Not only has Livingston not returned yet, but franchise cornerstone Elton Brand suffered what looked like a season-ending injury back in August which required surgery on a ruptured achilles tendon. Brand was cleared to start dribbling and taking stationary shots last week and is intending to return in a few months...but he won’t be around to help the Clippers tonight against the Raps.

The Toronto Raptors start their seven game Western Conference road trip this evening against the Los Angeles Clippers who started off the season strong, but have since faded. Their lone bright spot has been the emergence of Chris Kaman in Brand’s absence who has come out of nowhere to put up nearly Dwight Howard-ish stats on a nightly basis. For those who have him on their fantasy league squads you know the type of numbers we’re talking about but let’s take a closer look.

Last season Kaman averaged about 10 points and eight rebounds and this year he’s jumped to almost 19 points and 14 rebounds!

He’s a match-up problem for many of the league’s teams and part of our first key to the game:

1) Protect the paint. I’ve actually seen quite a few Clippers games this season - must be the local LA TV station that’s part of my Rogers package. In each one, it never ceases to amaze me at how dominant Kaman is. I remember Kaman when he was at Central Michigan and his team was playing Duke in the first round of the NCAA’s. Duke beat Central but not without some difficulty as Kaman was unstoppable. Yes, he was that prototypical "Big White Guy" that had flop written all over him, but I really felt that Kaman had the tools to be a solid pro in the NBA. Last year he struggled and looked to be headed down the path blazed by the likes of Alek Redojevic, Frederick Weis and Hoffa but in the off-season he slimmed down, worked on his game and with Brand out, he’s playing at an All-Star level!

The Raptors have had issues being outscored in the paint all season and I’ll be watching the action in this area closely. Not only will Kaman be a load but Tim Thomas, Cuttino Mobley, Corey Maggette and even rookie Al Thornton can all slash to the basket. The Raptors need to bang cutters and clear people out of that area in addition to providing strong perimeter D. Hopefully this turns the Clippers into a jump-shooting team, something they hardly excel at. The Clippers rank second last in the league in field goal percentage shooting just over 42 per cent so the less easy looks in the paint for the Clips, the better for the Raps.

2) Start strong. The Raptors have been victims of slow starts too often this year and with a long stretch on the road over the next little while, not too mention another game tomorrow night, I’m hoping Toronto puts this one away early. Hopefully weather hasn’t played too much havoc on their travel plans and provided the team got some rest and practice, they should be able to come out guns blazing.

3) Get back to Raptors basketball. Boston took the Raptors out of their element last game and Toronto needs to get back to what made them so successful prior to last Sunday’s game. The Clippers are three and seven in their last 10 and struggling in the absence of veteran leadership on the court; a perfect rebound match therefore for the Dinos after the beating laid on them by the Celtics. This however means guys like Moon and Bargnani need to start playing back up to their potential and the entire team needs to dig in at both ends of the court to get this victory. The Clips are indeed having problems winning games but considering the superiority of their conference, this Western foe might just be licking its chops at the prospect of playing a team from the East.