Share All sharing options for: Tip-In, Toronto Raptors Post-Game: One for TJ 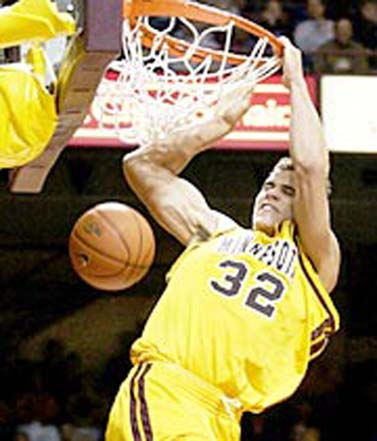 Around this time yesterday I was in no mood to write a recap.

Yep, the Raptors had won an important game, but due to the injury to TJ Ford in the game’s final few minutes, most fans I expect were left with the same sick feeling in their stomach that I was and were not exactly in a celebratory mood.

But that quickly changed last night when TJ Ford apparently sauntered into the Raptors locker room pre-game. It seemed to motivate the Raptors who then came out and got the job done against the Mavs in a 92 to 76 win. TJ also made a goose-bump and ovation inducing appearance during the game when he joined the Raptors’ bench and after the worries yesterday, it was great to see TJ smiling away.

There still aren’t a ton of details regarding TJ’s injuries but suffice to say he’s going to be out of action for at least a week as his body, which he revealed last night was still sore, heals up. The encouraging thing is that Ford spoke with reporters afterwards and not only promised to return as soon as he could to the team, but also that this latest injury wouldn’t affect his helter-skelter playing style, that which makes him so effective.

And once again without TJ, Jose Calderon stepped in wonderfully for the Dinos. The team finished with 23 assists and even got some unintentional comedy from Darrick Martin. Martin dished out a few nice assists but highlighted the whole affair by stealing the ball from Dirk Nowitzki on a post-up and doing the slowest sprint in NBA history to the Mavericks’ goal. It was poetry in motion…sort of. Unfortunately the comedy ended there as Eddie Jones (my next candidate on the Penny Hardaway I Shouldn’t Be Playing in this League Anymore" list) fouled Martin across the face causing Darrick to fall to the ground. It was eerily reminiscent of last night’s play involving Ford although Martin got up on his own accord and hit both free throws.

The play might spark some more discussion tomorrow concerning Toronto’s lack of response but perhaps the team did respond – by pounding the Mavericks into the ground on the scoreboard.

Those were the percentages from the field and from beyond the arc for the Mavericks on the evening. Once again the Raptors did a number at the defensive end and turned Dallas into a jump-shooting club. The individual challenges were great but so were Sam Mitchell’s defensive switches from zone to man-to-man which seemed to keep the Mavs guessing all night.

This was the number of free-throws the Raptors shot last night as they topped the Mavericks in this domain by five. We’ve said it before and we’ll say it again – when this team is aggressive inside and gets to the line, it makes the rest of the game so much easier for the team and is such a huge advantage for the Raps.

Hot - Kris Humphries. I never thought I’d be writing this in a recap but Hump was absolutely the MVP of this game for Toronto. Besides notching his first double-double of the season, Humphries gave Toronto a physical presence inside, great hustle and energy when they sorely needed it. I don’t want to get my hopes up yet, but I also saw some moves on the offensive end by Hump that I’d never seen before including a few ball fake and go pull-up jumpers. If he can give this type of performance for Toronto on a regular basis this just adds yet another dimension to this club and will pay huge dividends in terms of resting CB4. Best of all though, was that these came within the flow of the offence and each time he didn’t have an ideal look or match-up, Humphries kicked it back out. This is the player I want to see against Boston this weekend.

Finally, besides an MVP-type performance on the court, Hump was the post-game MVP as well. While being interviewed after the match, a reporter asked Kris if he had heard the chants of his name from the fans. Modestly Humphries said that he only noticed a few times as he was so into the game itself. However when the reporter pressed on and asked if that was a first for him in terms of hearing his name chanted, Humphries responded with:

Cold – The Dallas Mavericks. Just like I’m still scratching my head about the Chicago Bulls to a certain extent, this Mavericks team is starting to make me rub my noggin as well. Sure they were missing Devin Harris but Dallas has a great combination of athletes, shooters, defenders and shot blockers and yet seem so mediocre lately. I’ve watched this team play numerous times in the past two weeks and as Charles Barkley alluded to last week, "something needs to be shaken up." They’re not defending, they’re not playing with any fire and they’re definitely not taking advantage of the pieces they have. Admittedly the Raptors didn’t play that well for most of the second half but Dallas just kept trying to go one-on-one, had no ball movement, and were incapable of getting consistent touches for Dirk Nowitzki, the one who should be their go-to option on offense.

Hot – The Raptors TV Production Crew. I usually have these guys in the "cold" section but last night represented some fine examples of humour, whether intentional or not I’m not sure. First they found one of the best signs I’ve ever seen at the ACC, one that read "the making of a legend" and pictures from Kris Humphries’ playing career from high school to the NBA. Then, they topped that by titling one of the post-game segments "Defence Does Dallas…"

Add in a little Jack Armstrong singing Christmas carols and it was a pretty solid night for RapsTV all-around.

This was a big win for the league's 14th most valuable team, no doubt about it. Besides beating a formidable opponent, it pushed Toronto three games over .500 and continues to build confidence on this current win streak as they head towards a rematch with Boston this weekend. Up first though is the surprising Indiana Pacers and the Raptors can’t afford to look too far past this match. The Pacers got back to the .500 mark with a victory last night and play a run-and-gun style that the Raptors have struggled against at times this season.

But there’s plenty of time to talk about that match on Friday. Right now Raptors’ fans should enjoy this win and the fact that the team looks to be getting healthy once again. The schedule really ramps up next week and I have a feeling the Raptors are going to need all hands on deck.