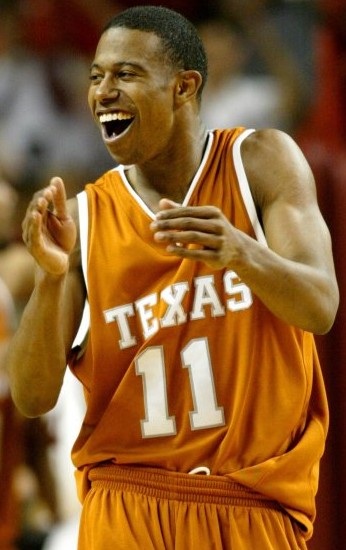 Maybe no news is good news.

For the few who didn’t see it last night, TJ Ford was fouled by Atlanta’s Al Horford on a lay-up attempt with about a minute to go in the game. He took a nasty fall to the floor where he lay until he was loaded on a stretcher and taken to the hospital.

The incident took all pleasure out of a hard-fought Raptors win, one of their best team efforts of the season, and both teams looked like they couldn’t get the final minute over with soon enough. TJ Ford led Toronto to the 100 – 88 win with 26 points and eight assists in only 29 minutes and Jose Calderon, Anthony Parker and Chris Bosh all played big parts in getting the W.

But all thoughts are obviously on Ford – not only in terms of his return to the court, but his overall health. This of course is a player with a history of scary falls and who missed the entire 2004-05 season due to surgery to fuse vertebrae in his neck.

The latest update is that Ford was kept overnight at the hospital for monitoring but he had feelings in his extremities.

I’m sure a lot of fans are going to be ready to get the amo out for Al Horford but I can’t bring myself to find too much fault in the rookie’s actions. Yes it was a hard foul, but even immediately after striking TJ, you could see from the look on Horford’s face that he by no means intended to harm TJ. In addition, I think Ford’s quick move in transition by faking like he was going to attack the rim from the right and then changing directions to go for the reverse lay-up threw Horford off. Therefore instead of trying to get all ball on the block, he was out of position and got all of TJ’s head.

Post-game you could see the worry about TJ in the eyes of all the Raptors, especially coach Sam Mitchell. "We’re just concerned about TJ," Mitchell said, "there’s not much more to say…"

For the second straight game the Raptors defense helped seal the deal in this win as they held the Hawks to under 40 per cent shooting. Toronto’s play in the paint particularly impressed me as they forced Atlanta into a number of awkward shots and lay-up attempts.

I felt in the second quarter that Toronto really seized the game’s momentum. While Atlanta made a run to start the early third, the Raptors started hitting the open looks that they were missing early in the game and things on offence just started to flow. TJ Ford was instrumental in this constantly looking to get the Hawks’ defence back on their heels.

Hot – TJ Ford. Up until he was injured, Ford was torching the Hawks all game. Great passes, key buckets, up and unders, darts to the paint, he was doing it all. Together with Jose Calderon the Hawks had no answer for the Raptors’ point guards who answered the call time and time again when Toronto needed a big basket.

Hot – Chris Bosh. CB4 made his presence felt immediately in this game with a savage dunk and finished with another double double. 20 points, 13 rebounds and three assists was just what the doctor ordered on a night when Andrea Bargnani returned but was ineffective going 0 for four.

Not – Josh Smith. While Jamario Moon didn’t have his best scoring or rebounding game, he and other Raptors hounded Smith all night long resulting in a 5 point two for 11 shooting eve. Oh yeah, and he got up close and personal with Kris Humphries as well...

Just when I thought this team was getting its health back...

First it was Jason Kapono, who may not play tonight after injuring his wrist taking a charge early in the game. X-Rays came back negative but for a player who’s sole skill depends so much on his hands and wrists, not good news.

Then Jose Calderon dislocated his finger. I’m not sure if he’s subscribing now to the Jorge Garbajosa pain threshold but the trainer’s simply popped it back in and Jose returned later in the game draining key buckets to keep the Raps ahead for good.

And speaking of Garbs, he had his surgery yesterday and will miss at least 10 weeks.

Last but certainly not least of course, was the injury to Ford.

How on earth Toronto is going to play tonight against Dallas, I have no idea, especially if we don’t know any more about TJ’s status prior to game-time. The result could be a dark cloud emotion-wise hanging over the club and with Dallas rested and ready to play having arrived in Toronto yesterday, this could get ugly. Regardless of Ford’ s situation, this team has to come out with some fight tonight if they want to have any chance at all. This Mavericks team has struggled as of late and as the Raptors showed the last time these clubs met, Toronto can beat this team…they just need to hold onto leads and show some scrappyness.

Perhaps that’s what upset me most initially after TJ was fouled. Why on earth was Toronto’s coach the first person to rush to his player’s defence? Anthony Parker was on the scene seeing how bad TJ was hurt but I expected the rest of the team to jump in and at least engage in some heated discussions. This is the third time this year that one of the Raptors has been knocked around and once again the rest of the team has just sorted of said "yeah, that was a foul." I’m not saying they need to engage in an all-out brawl, but a little more grit would be nice. As fans we see this lack of grit transfer to other areas of the Raptors’ on-court play at times and it can be beyond frustrating.

So can the Toronto Raptors bring this edge tonight against the Mavs? I think that will depend a lot on any developments we hear today regarding TJ but here are the three keys we’ll be looking at this evening:

1) Make Dirk Work. Toronto has had great success in the past two games when they’ve made the opposing team’s stars work at the defensive end. Both T Mac and Josh Smith were rendered ineffective as the Raptors’ wings went hard at these two at both ends of the court. Toronto needs to do the same tonight, particularly considering how well Dirk, Josh Howard and Jason Terry have played against the Raptors in the past.

2) Stop ball. Last time these teams played Toronto built a huge lead before letting Dallas back in the game. Nowitzki was sensational of course but the other issue Toronto had was stopping the Mavs’ ultra-quick point guards, Devin Harris, Jason Terry and even JJ Bareas. Not having TJ Ford to help out on this is going to hurt but Jose, and most likely Juan Dixon, need to get force these players into shooters, not penetrators. If these Dallas guards get into the paint it opens things up for the Mavs’ bevy of shooters and what will probably be a long night.

3) Fast start. I think this is going to be the most important thing. If Toronto looks to have their collective minds somewhere else, I expect Dallas to jump on Toronto early and not look back. The Mavericks have the offense to do this and if the Raptors don’t start strong, this could be a repeat of last weekend’s Celtics game.

On a final note, the HQ will be checking in all day to report any updates on Ford and hopefully as the day progresses we’ll get an idea of what the situation is. Something that hasn’t been discussed much at this point is not only the impact this injury could have on the team, but on Ford’s style of play should he indeed return to the club. You never want to wish a player to be injured but I was actually hoping for a concussion when I first saw the hit by Horford. I immediately got that "sick feeling" in my stomach but was hoping if Ford had simply hit his head that it would have nothing to do with his neck, back, or previous injuries and therefore might result in a better chance for a complete recovery.

There’s a game to be played tonight but right now, our thoughts here at the HQ are with him and his family.