Share All sharing options for: Tip-In: Toronto Raptors Post-Game: Hitting On All Cylinders 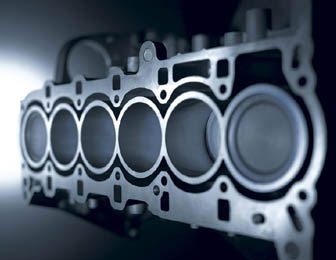 Lacing The Up: I admit I’ve been out of the box the past week or so, as a birthday present from the significant other I was in St. Louis watching the "other" team that I follow passionately. The St. Louis Rams. For those of you who are football fans you know how heartbroken I was this past weekend, but now with the season at a COMPLETE loss the focus now solely lies on priority number one, the Raps.

It’s funny, when you follow a team so closely and you miss a couple of games you feel like you have totally lost touch. Ironically, the last time I actually watched this team play a whole 48 minutes was against last nights opponents....the Memphis Grizz. Well, what a difference a week makes. Last time the Raps faced Pau and the gang I wrote that it was essentially like watching YMCA ball, and that the team, although getting the job done, had essentially played down to its competition.

On this night, despite having lost CB4 relatively early the Raps did what great teams do - they handily beat lesser competition. Last night’s effort was a full team effort and as a result the Grizz couldn’t keep up.

Try 10. That’s the number of points the Memphis team put up in the second quarter. After starting out strong it’s like Marc Iavaroni’s team lost total focus and as a result seemed to move away from what was making them successful (getting inside and working the glass) and instead started shooting from the outside to no avail. Hell the Grizz probably would have had a tough time hitting the broadside of barn and when all was said and done in the second quarter they had shot a horrific 15.78%. Yes, you are reading that right.

Perhaps the other number that jumps off the page, and is really surprising given the outcome was that the Memphis players, as a team, got to the line 32 times as compared to the Raptors 9. That is a huge discrepancy and without their ability to draw fouls against the Raps defenders this game could easily have been a bigger loss than it was. The Raps countered the Grizzlies free-throw numbers with rebounds however out-rebounding them 46-38. Of course in some ways the free-throw discrepancy can be attributed to the fact that Bosh left the game with the groin injury early on, hence removing the player who gets to the line the most frequently for the Raps. That being said, if Bosh’s injury is at all serious it’s highly unlikely that the Raps can survive his absence (as well as TJ’s) while allowing teams to get line so often.

Last, but not least, the team effort displayed by the Raps is evident in the fact that 7 guys scored in double figures on this evening. It’s this sort of effort I am sure Colangelo envisaged when he made this team as deep as it is.

As discussed in the section above this game turned in the second quarter and the Raps really never looked back. Toronto never really let the Grizz get back on track and did a magnificent job limiting opportunities and easy looks for key players like Mike Miller and Rudy Gay. Maybe the most important question that has to be asked at this point is whether this game could be a turning point for the foreseeable future. With Ford still day to day and both Bosh and Bargs worse for wear, what’s the short term diagnosis for this squad? If the trifecta are out even a couple of games can the rest of the guys step up and ensure that the team continues in the right direction and can avoid two and three game losing streaks. As I write this there has been nothing reported as to the extent of the injuries suffered by both Raps big men, so this may all be moot. That being said, and coming full circle to the intro, Steven Jackson hurt his groin early in the season and his absence was a crippling blow to the Rams. Hopefully Bosh is neither hurt that badly, or scheduled to miss much time, if any.

Hot: Pretty much the whole squad, but in particular role players like Rasho and Delfino. Rasho did some solid work around the rim (although his unwillingness to dunk is almost comical now and will remain so provided he stays effective) and Delfino had a great night offensively. He was lights-out from the floor and managed 7 boards. Except for the five fouls he giving the kind of performance we the fans were hoping for when Colangelo grabbed him for a bag of hammers. I would also be doing an injustice if I didn’t mention AP’s best game of the year stuffing the stat sheet and looking extremely confident at the offensive end.

Not: Joey Graham. If you have read the site for a while you know I have been a big backer of Joey. I think it is pretty safe to say now that his ship has sailed. Whether it was the calf injury that kept him in civvies at the beginning of the season or simply that he was being outplayed in practice it is safe to assume that a lot is going to have to transpire in his favour for him to get another opportunity to play any significant minutes. With so many other 2/3's getting minutes in front of him it now, more than ever, looks like a foregone conclusion that he will be known as a first round bust (to accompany his draft classmates, Korolev, Frye, Vazquez, Green, Hodge, etc.)

Luke-warm: Navarro. Damn, the guy can shoot, but can he do much else? Having just recently been inserted into the starting line-up it may take some time to figure out what this guy can and cannot do. It’s possible that Navarro has more value in his ability to quash the Pau Gasol trade rumours than anything else but he does has a quick trigger and obviously is not having major issues getting used to the NBA 3-point arc. The question I have with this guy is whether he shoot too often.

Moving On: It seems like deja-vu. Much like last week the Raps have a day off after facing the Memphis Grizzlies and then face the Cavs. Having missed the last match-up I’ll be attending this affair (see it’s like I wasn’t even gone). Until we hear about CB4, TJ and Andrea’s status for the game it is hard to know what to expect. Of course the Raps may not be the only squad with some injuries as King James left last nights game with the Pistons with a sprained finger. If James can’t go you have to believe that the Raps, whatever their situation will have a good shot at a W. Of course speaking of deja-vu, if all the stars from this match-up are on the shelf I might be writing another re-cap titled YMCA Ball.....