Share All sharing options for: Tip-In, Toronto Raptors Post-Game: Howling at the Moon 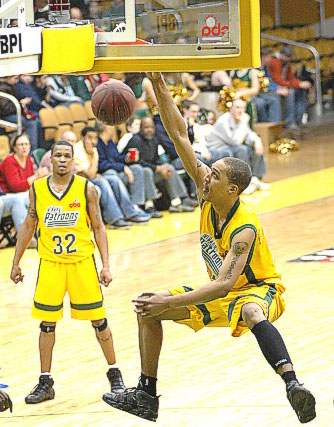 Lacing Them Up: As much as Chuck and Leo want to harp about fans panicking too early in the season, and Bargnani going to the bench as "not being a demotion," there was something obviously that needed to be changed. Last night the Raptors TV commentators acted like the last four games were all part of early season jitters that needed to be worked out but let’s be serious, there were some obvious chinks in the Raptors’ armour. Otherwise Sam Mitchell wouldn’t have started a rookie 27 year old last night, put Rasho back in the night before, and changed the way he doled out minutes.

In any event, the changes appeared to have worked like a charm as Toronto destroyed Chicago last night 101 to 71 in a game that was over five minutes into the third quarter. The Bulls never lead, were held in check by a stifling Toronto defence, and once Toronto heated up, there was no cooling them down.

More importantly in my mind, the team seemed to have rediscovered its chemistry and looked like it was starting to figure things out rotation-wise.

A Numbers Game: 36 – This was the number of assists the Raptors doled out last night in the win. An indication of great point guard play? Well, they did get excellent court leadership from TJ Ford and Jose Calderon who took only three shots and had 23 assists between them. But no, I really thought this high assist total was a reflection of the chemistry between the groups of players on the floor together. We’ll dig into this in a minute but it was the improved offensive execution that enabled the Raps to find the open man and get this fantastic assist number.

The Turning Point: The Raptors had their collective feet on the accelerator all night so I’m not going to touch on an individual turning point for the game. Instead, I think this game and how Toronto got the win will be remembered as one of the turning points this season.

For the first time, it looked to me like players were playing in the roles they were meant to be playing in. Even against New Jersey, when Toronto played a near perfect game, players seemed to be forcing the issue at times. In that game though, the Raptors just couldn’t miss and so perhaps the cracks were slightly camouflaged. However in the past few games some obvious issues had surfaced and for a team whose core had spent a year together, it looked like they had just met at times.

Take Jason Kapono for example. As I discussed prior to the start of the season, I always felt his game was better served for coming off the bench. Now in my wildest dreams I never thought it would be Jamario Moon who would be taking his place in the starting lineup but Moon I feel makes a much better fit beside Anthony Parker. This way Parker can be more of a spot up long-range shooter and Moon can handle the raw athleticism role and do the little things. In the second unit, Delfino takes over for Moon in that role (one he played superbly again last night) and Kapono for Parker. This gives Toronto a much more balanced attack with players who seem to mesh better together.

Jose of course is a great replacement for Ford, Bargnani for Rasho and for Bosh, Mitchell can either go big with Hump or Garbo or go small and bring Dixon in to play with perhaps Delfino and Kapono.

I’m not sure we’ll see Moon start for the rest of the year as it may depend on various match-ups, but I’m pretty sure we won’t see Kapono back in that role for a while. I don’t think Kap-one will have an issue with this as he’ll probably see more court-time in his new situation.

These moves should help solidify the Raptors’ rotation and give the players a much better idea of what they can expect from game to game. And when we look back later in the season, I’m thinking that will be a key moment.

Hot –Anthony Parker and Jamario Moon. Both played key parts in last night’s win. Parker has found his shooting touch again and Moon gave the Raptors some much need athleticism and energy in a surprise start. His block on Deng and his dunks throughout really set the tone and gave Toronto a huge lift. It also seemingly deflated the Bulls who must have been wondering "who the hell are all these guys they keep bringing into the game?"

Not – The Bulls. This really doesn’t look like last year’s 49 win team does it? Right now it’s Deng and Gordon and not much else as no one seems to be able to find the basket even with a GPS navigation system. They have too many similar players (Wallace, Thomas and Noah), no inside game whatsoever and nothing to show for a bench. If the Bulls can’t find a way to get out of this funk, the Chi-town winds will start gusting Kobe rumours once more.

Hot – The Raptors’ Defence. They held the Bulls to 33 per cent from the field and less than 24 per cent from beyond the arc. They forced 20 turnovers, out-rebounded the Bulls and seemed to be getting in the passing lanes all night. This was the best defensive performance so far for Toronto and here’s to hoping there’s more like this to come as this just proves what the team is capable of.

Does Mitchell now have the rotation he wants?

Even though Toronto won by a landslide last night, I’d have to agree. With players in new roles, Mitchell and co. must be anxious to get the guys acclimatized and spend some time working through the various offensive and defensive sets with them.

All this depth for the Raptors is a good thing at the end of the day, but as Howland pointed out in yesterday’s recap, it seemed lately to be putting Mitchell between a rock and a hard place in terms of rotations. The annoying thing is that members of the local media and the Raptors TV crew in general seem to be missing this and chalking up the win to "oh they just played better and did a good job moving the ball." Yes they did, but it was the line-up changes that facilitated this and the fact that Toronto was facing a Bulls team who seems to have quite a few issues of their own.

Prior to last night’s match, Sherman Hamilton was discussing the shift of Jamario Moon into the starting lineup, replacing Jason Kapono.

"That’s the beauty of the Raptors’ depth," he said. "Sam Mitchell has a lot of options and can bring in a number of players." Then he continued by saying "the thing is, he (Mitchell) needs guys to be consistent when they come in the game so he knows what he’s going to get from them."

This statement had me just about climbing the walls.

As a former basketball player, Hamilton should know how difficult it is for players who play 22 minutes one night and two the next to give a consistent performance. Consistent effort perhaps, but it’s pretty hard to get in any sort of rhythm offensively when you’re in and out of the game somewhat sporadically.

Last night though that was not the case and I was extremely pleased with Sam’s decisions. I especially loved his fourth quarter line-up. The blowout gave Mitchell the opportunity to get some run in for his back-bench and almost a full quarter of it in fact. Strategically this was great as it gave players like Kapono, Moon, Humphries and Garbo (who as an aside looked to be in top form) a chance to work on their game in a real game setting and get some run in.