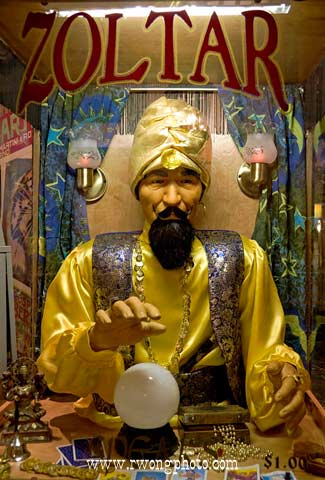 Ryan McNeill (from hoopsaddict) and Franchise played email tag over the past few days discussing the prospects for this years Raps squad. Here's the outcome....

Shortly after the draft Colangelo added Carlos Delfino for two second round picks. Delfino loathed being stuck behind Richard Hamilton and Tayshaun Prince and his trade to Toronto provides him with a chance to earn extended minutes this season. I feel that Delfino will be a great addition because the franchise only had to part with two second round picks and he has a cap friendly salary of $1.9 million. If Delfino can step in and play 25-30 minutes per game while averaging 10-12 points and 5-7 boards he will be considered the steal of the summer.

The other big move this summer was the addition of Jason Kapono on the first day of free agency. While many fans disliked this move I believe it was a masterstroke by Colangelo for what it will mean to the team’s spacing this season. Before you get all riled up over spending $24 million on a guy who will help with spacing hear me out. Last season teams were able to collapse on Chris Bosh because the team lacked a consistent outsider scorer. Now with Kapono in the mix that problem has been solved and the guards will have a proven perimeter scorer to kick the ball back out to when opposing defenses collapse on them. While Kapono may not look great in the boxscore each night his addition will prove to be invaluable this season.

The move that didn’t make a lot of noise was the addition of Maceo Baston. After playing in Italy for a couple of seasons Baston returned to the NBA last season with the Pacers and was a valuable role player for the team. Look for Baston to be another big for Sam Mitchell to turn to when he needs some help on the glass.

What are your thoughts on these moves Franchise?

Franchise: It’s funny because for a "quiet summer" the Raptors actually made a fair number of transactions. I love the Delfino move, this is one I was rooting for at the trade deadline last season. I’m starting to come around a bit on Kapono but I worry that his stats in Miami are slightly inflated due to all their injuries last year and that fans will miss Mo Pete’s D at that position. Other than that, I really like the Baston move and love a small transaction that no one’s really talking about - the signing of Jamario Moon. I think Moon might be able to come in and surprise some folks even in limited minutes.

Finally, the one move we haven’t discussed that was maybe the biggest move of all for the Raptors - the re-signing of coach of the year Sam Mitchell. Mitchell has polarized Raptors fans more than anyone since Damon Stoudamire but there’s no denying he’s improved each season as bench boss. I like the re-signing of Mitchell. I still think he’s got a ways to go in some facets but his rapport with the players is second to none, and something that’s extremely hard to come by in the league. Therefore besides Kapono, which is more "wait and see," I think the Raptors got top value for the dollars they spent.

What are the team’s biggest strengths?

Franchise: Without a doubt this team’s biggest strength is it’s depth. From players one through 15 you’ll be hard-pressed to find a deeper team in the league. As an example, it’s quite possible that layers like Jose Calderon and Juan Dixon will be the seventh and eighth guys off the bench for this team, and on certain other clubs (especially in the East) both would be staters.

That depth should give the Raps the upper hand on division rivals like Boston and New Jersey, who, on paper, have a better starting five.

McNeill: I agree that the Raps biggest strength is their depth as Sam Mitchell will require players to battle for minutes on a daily basis and the player who don’t rise to this challenge will quickly find themselves picking splinters out of their butts. Besides Chris Bosh, TJ Ford and possibly Anthony Parker no player is guaranteed minutes and that will only help the team as the season progresses.

What Is The Team’s Biggest Weakness?

McNeill: I think the team’s biggest weakness is the lack of an established second option on offense. Ford, Parker and Bargnani all provide the team with solid options but none of those guys are the locked in as the second scorer for Sam Mitchell. On some nights that will be a blessing because opposing teams won’t be able to lock into one or two players but on other nights it will drive Mitchell and fans crazy because there isn’t an established second option to turn to when Bosh is struggling.

Franchise: I worry about the team’s rebounding. Last year the Raptors were the worst offensive rebounding team in basketball and we saw players like Anderson Varejao and Mikki Moore feast on Toronto’s interior time and time again. This is the team’s biggest weakness in my opinion and one that I’m not sure was addressed this offseason. Toronto brought in Maceo Baston to help and Carlos Delfino is a good rebounder for his position, but I’m just not sure that’s going to be enough… especially given the size increases made by Toronto’s divisional competitors. Improvement in this area is going to have to come from within and Andrea Bargnani’s going to have to prove that he can do some damage on the inside of the paint as well as on the outside.

What are the goals for this team?

Franchise: The goals for this team are simple - build on last year’s hugely successful season. That means increasing the wins total, improving collectively at the defensive end of the court, obviously
getting back to the playoffs, and getting out of the first round. Ryan?

McNeill: If I’m going to look through my rose coloured glasses I’m going to peg the Raptors in for 52 wins and status as alpha dog in the Titanic, um, I mean Atlantic Division. f the injury bug ravishes this squad - or even just Chris Bosh - then this team could be looking at another lottery pick and an abysmal record with less than 40 wins. Blech! I think I just threw up a little in my mouth.

All things considered, I wouldn’t be surprised to see the team match their output from last season of 47 wins. While Boston, New York and New Jersey all did a good job this summer of reloading the Raps lost more than a half dozen games by less than three points. Plus the team had an atrocious start last season which won’t happen this year because they have a year of playing together under their belts and BC didn’t gut the roster again this summer.

Throwing it back to you Franchise for the grand finale…

I agree that injuries could really put a hurt on the Raptors improving on last year’s success. However the team’s depth should help buoy the squad if players go down for short periods of time so long as several key players hold up. Otherwise you’re right, with the increases in talent in the East, Toronto could fall right back out of the picture if say Bosh were to miss an extended period of time.

For now though, I’m looking at 48 wins for the team. I think they make small improvements internally but I’m not looking for this team to take the next big step until the season after this.

That being said, I think after another full season of playing together, the Raptors will get out of the first round and continue to gain playoff experience.

One last question for you Ryan, who do you think will be the starting point guard by season’s end? I think despite all the controversy the local media likes to drum up, it will be an improved TJ Ford… however Calderon will still be a very important part of the team’s success.

McNeill: Could Jose start on other NBA teams? Absolutely.

Will he start on the Raptors ahead of TJ? No way.

I agree that both are talented point guards but I don’t think there’s anything Jose could do to pry the starting gig out of his grasp. Sam’s a huge fan of TJ’s and the way he plays is great for the starting unit. I love the way he plays with reckless abandon and I feel it gets the Raptors off to a great start. In regards to talent they are pretty comparable but TJ’s personality is perfect to start games while Jose is great in short bursts off the bench. Last season when TJ was out you could see the difference in Jose when he was with the starting unit and I wasn’t a huge fan of him in that role.

Check out all the previews at www.celticsblog.com