Pieces to the Puzzle

Share All sharing options for: Pieces to the Puzzle 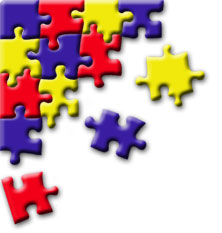 Franchise and Howland put their collective minds together to come up with their biggest questions and their best answers.

1. Who should start at the five?

Howland: It seems like everyone has pencilled in Bargnani as the Raps starting centre this season. Is this the best move? Once last season came to an end I, like everyone else, thought with an off-season of conditioning and training from Bars, that Rasho would in some ways become a second thought. Right now I am not so sure. Rasho has had a great summer and is in great shape. No he’s not jumping out of the gym, nor is he looking to dunk on anyone’s head, but he looks spry and ready to go. For a team who looks to have rebounding problems this season starting Rasho and hooking him up with some minutes may not be a bad course of action. Andrea has shown flashes on the boards but Bosh is going to need some consistent help. That being said I still favour starting Bargnani. The future of this team is Bargnani and Bosh and these two guys need time on the floor together. They need time to gel, develop chemistry and learn to play off each other. The quicker these guys grow, not only individually but collectively, the better off this team will be. Provided Bargs is assertive and doesn’t float, the long term benefits seem to outweigh any potential gain to be realized from playing the big Slovenian.

Franchise: Let’s start this off with a good disagreement. I think Bargs should still come off the bench and here’s why. First of all, I don’t think he’s physically ready. Not just in terms of size, but in terms of rebounding prowess, something that’s not a natural attribute of Andrea’s. Secondly, with the additional size in the Atlantic, I think Toronto is REALLY going to struggle on the boards some nights. Starting Bargnani, who just can’t compete yet in that area (he was regularly man-handled by inferior bigs in the games in Europe) is going to make it tough for Sam later in the game. With Nesterovic starting and providing some girth, Il Mago can come off the bench and switch things up with his outside shooting. But if he starts, do you want to switch things up by bringing in Rasho? I think not. At this point in time, I’d like to see Bargnani as the team’s sixth man, able to play the 4 as well when Bosh moves to the 5.

2. Who should start at the three spot?

Howland: So far no one has exactly grabbed the opportunity to prove that they should be the starting three. Kapono has been hot and cold, Delfino has not shown much more than he did in Detroit and in the last pre-season game Joey Graham had more fouls than points, rebounds or assists. So what’s the answer?

To me the answer to this question is directly related to the last one. If Bargnani starts than Graham is the answer because of his rebounding ability and defense. If Rasho starts I’d like to see Kapono for his shooting. Of course the easy answer is "whoever is playing better" and that may very well be one of the approaches that Sam Mitchell takes. Or, maybe it will come down to match-ups. Looking at the Atlantic Division alone there are some really tough match-ups at the three. Vince. Pierce. Iggy. Making these guys work on both ends of the court will be essential to getting W’s. Is Kapono going to take on these types of assignments and get a passing grade? Unlikely. Joey may not be perfect but he’s the best suited for the job.

Delfino has an outside shot at taking the starting spot but it may take him a while to get comfortable. It’s possible that later on in the season he pushes for starters minutes but right now he’ll be outside looking in.

Franchise: I’m going to agree with you on this Howland. Of the three options, Kapono has impressed me the least and right now I think I’d prefer to see him come off the bench with Joey starting. Yes, I can’t believe I said that. Delfino has been playing better with each game and while I think he’d be a great option to help at either the two or three, I’m just not sure about him starting at this point. At least with Joey we can hopefully get a few hard fouls. The other thing that’s been forgotten to a certain degree is that Garbo manned this position quite well last year. Perhaps when all is said and done Mitchell throws his arms up in despair and gives Garbs the job. Right now though my money is on Kapono starting, but not getting the bulk of the minutes at this spot.

3. Who ends up getting the team’s final roster spot?

Franchise: Nice, I get to play high school coach. Here we go. I think Darrick Martin stays on the club in his usual "point guard/mentor/comedy relief/guy who’s around to make sure the consecutive games with a 3-pointer record stays intact" role. That leaves the 15th spot to either Luke "Stiffler" Jackson, or Jamario Moon. I’m personally hoping it’s Moon simply because I think this really is a player who can help the club. I’m not talking in a raw, Pape Sow type way either. I really think this guy could contribute during the season, especially on the defensive end, and he’s my pick. More than anything though, I just think that Jackson’s skill-set is duplicated by the Kapono’s and Parker’s of this team already so he’s not really bringing anything new to the table. I wish him the best of luck but I think strategically it makes more sense to keep Moon.

Howland: Agreed. Despite Moon’s nice performance on Friday I still would have argued that Jackson was the guy to go and considering the limited minutes he has been given I think the writing is on the wall. What does Jackson bring that the other swingmen don’t other than a resemblance to an American Pie character? There is enough 2's and 3's on this team already. Moon is much more versatile and we all know how much BC like versatile players. It’s disappointing for Jackson who did show some things late last season and really has had a tough career injury and minutes wise, but don’t tell Moon that cause you will get no sympathy there.

4. Who’s the X Factor for the team this season?

Franchise: This one’s easy for me. Il Mago is my top pick as another big season from him probably means that this team becomes very difficult to stop. It also means the questions surround the 5 spot calm down and the Legomaster can focus his resources on other areas that need improvement etc. However, I also think Joey Graham is a big X Factor for this club. The team still desperately needs someone who can get to the rim and he’s the best candidate. I can’t even contemplate how good this team would be if Graham even started to morph into an Eddie Jones circa the Lakers type - ie a player who’s perhaps not the most adept at getting past his man, but uses his physical tools to get the job done. This would open things up wide for the rest of this team-mates and Toronto would be one of the top offensive clubs in the league by a long shot.

Howland: I actually think the biggest x-factor this season is TJ Ford. When we were at Friday’s game it was amazing how much support Calderon was getting. In fact, I almost felt a little bad for Ford. He has been solid since he got here and clearly has worked on his game but it’s like no matter what he does there is going to be a call for Calderon. How will Ford react? We have seen him less than happy on the bench at times and he (despite what is said in the press) wants the lion share of the minutes. Who wouldn’t? How he deals with being second fiddle in the eyes of the fans and with another year of time sharing will have a huge impact on the team this season. Add in the fact that Calderon is in a contract year and this could (underline could) get ugly. Looking ahead, how these guys play, and how much they play, will be a huge factor in deciding whether Calderon re-signs and at what price. Would Ford even want to continue the time sharing? Has he deserved the right to carry the load?

Who know’s, this is all just theory and conjecture but it will be the thing I watch the most closely this season and the one thing that could really determine how high or how low this team goes.