Share All sharing options for: Game-Day Preview - Raptors vs. Nets 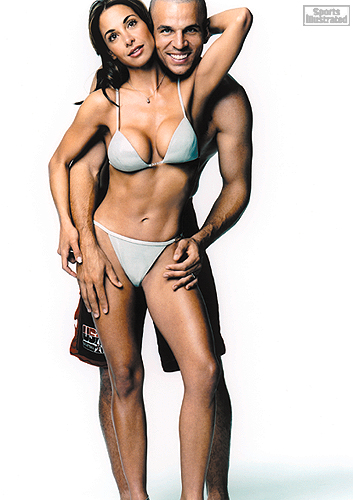 The Toronto Raptors are banged up.

So are the New Jersey Nets.

Neither team will be at full strength when they face-off tonight in what looks to be a good match pitting the under-performing Nets against the (some would say) over-achieving Raptors.

While Toronto had its full roster basically intact for Sunday’s win over the Wizards, the team is still not 100 per cent. Jorge Garbajosa missed practice yesterday with a high fever and the flu and TJ Ford, Andrea Bargnani and Chris Bosh were apparently limited in what they could do. All are expected to play tonight but obviously the team isn’t quite out of the sick bay yet.

The Nets are even less healthy than Toronto. After finally getting first-round pick Josh Boone back from injury, the Nets lost forward Nenad Krstic for the season and starters Jason Collins and Jason Kidd have been battling back issues for the past few games. To top things off, it sounds like both Kidd and Carter have been distracted on the court by off-court issues including rumours that Kidd’s marriage is once again on the rocks.

(Ed: note – Why anyone who was married to the woman in the picture above would have marital issues is beyond me...well...unless we’re talking about a Jackie Christie double here.)

But enough injury and gossip talk, this ain't E-Online so let’s get down to business.

As most know, the winner of tonight’s game will find themselves in first place in the Atlantic division. With a win, Toronto can put some space between themselves and the rest of the pack and get an important win prior to taking on the Bucks tomorrow night and the Celtics Friday evening. In fact, this week could be one of the most important weeks of the year. A sweep of their three road games would put Toronto one game under .500 with some very winnable games to come the rest of the month. After playing Dallas at home on Sunday, Toronto faces the likes of the 76ers, the Bobcats, the injury-riddled Hornets, the Kings and the Celtics again. In other words, the league’s elite. Even Washington and Indiana late in January are winnable games.

Therefore I think it’s almost imperative for Toronto to win at least two of these next three contests to gain momentum for the rest of the month. Toronto has a tougher February and a record in the realm of 11 and four in January when all is said and done would go a long way towards ensuring a playoff birth.

The Nets have struggled this year for various reasons but are coming off two of their best games of the year; a win over the Bulls and a close loss to the Cavs, two of the conference’s best clubs. Their offence has struggled (especially Vince Carter who in his third season with the Nets, is starting to hear the same "effort" complaints from the local media that he heard while in Toronto) but the trio of Kidd, Carter and Richard Jefferson are still going to demand Toronto’s full attention in order for the Raps to grab the double-vé.

Looking past the starters, I think the real key to this game is going to be the teams’ respective benches. New Jersey lacks Toronto’s depth in this area and if the Raptors can get solid bench play from the likes of Joey Graham, Morris Peterson, Jose Calderon and Andrea Bargnani (as they have in the past few matches) this bodes extremely well for Toronto.

I also think that Toronto should be able to exploit New Jersey’s lack of size tonight. (I know, when was the last time you heard the words size and the Raptors in the same sentence and used in a positive manner?!) Toronto looks to be starting big again with Nesterovic, Garbajosa and Bosh up front so hopefully Toronto can get some easy put-backs, draw some fouls and get to the free-throw line. New Jersey allows their opponents to shoot on average 26 free-throws a game so this is an area Toronto must take advantage of to help ensure a victory.

Finally, Toronto is going to need to come out with the energy and intensity they displayed against both Washington and Atlanta in order to put New Jersey on its heels early. While the Nets have some serious fire-power in their "big three," the team as a whole interestingly is one of the association’s worst scoring clubs at only 97 a game. If the Raptors can continue to get five or six players involved scoring-wise, it should be a long night in the swamp for the Nets.