Tip-In: Too Close for Comfort

Share All sharing options for: Tip-In: Too Close for Comfort 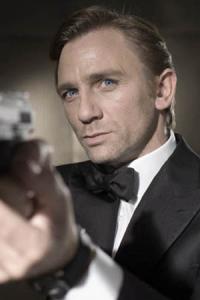 Everything looked to be in place.

The Raps offence was looking like a well-oiled machine and the score with 8 minutes left in the game was 97-76. The Raptors had just managed to hold a killer offensive team in the Washington Wizards to 19 points in the third Q, and fans at the ACC for Italian Day looked like they would be going home happy.

In fact the Raps were playing so well Chuck Swirsky decided that it was time to send some random dude to the fridge to make a lackluster sandwich made of salami and cheese because apparently the ball game was over. Seems like a good lead, so makes sense right? It was just this past Friday against the Hawks when the game was apparently wrapped up at the 7:37 mark, so why not raise the bar?

The Wizards can score, and can score in a hurry.

Anytime there is a superstar like Arenas, Lebron James, or as we all know too well Kobe Bryant on the floor, a game is NEVER over with 8 minutes left. Sunday’s game was a perfect example as the Wizards scored 41 points in the fourth Q making it a game right until the end by hitting some tough three’s and getting to the line 41 times. That seems like a lot of charity but considering the Wiz average 30 free-throws a game, not completely ridiculous. What is crazy is that Arenas went 21 times and the Raps as a team only went 22.

All those free-throws and a slimming lead made the fourth quarter of this game tough to watch. It was not so much that the Raps lead started to disappear, it was how it disappeared. Turn-overs, many caused by the teams inability to deal with the full-court press, allowed Washington to claw its way back. The Raps were very fortunate not to have blown a good home win and one has to think that much of the confidence they could have garnered from this W may have been taken away.

There were many positives in the game but most are overshadowed by the poor finish. In what feels like eons, the Raptors managed to have all of their regulars suited up. Both TJ Ford and Garbajosa returned to action and both were reasonably effective. Speaking of Ford, Leo Rautins is bang on when he discusses Ford shooting. If you watched yesterday's game, anytime Ford was set and jumped straight-up before releasing the J, the ball found the bottom of the mesh. Every time he was unbalanced, or fading away, the ball would clank off the iron.

The other major positive to be taken from the game is Chris Bosh. He is showing no ill effects from the time off. In the past five days the Raps have played three games and he looks like a spring chicken out there. If there was something wrong with the knee before it looks like a thing of the past. That crazy put-back slam is all the evidence I needed to know that he really is healthy. Bosh put up some great numbers today (although his shooting percentage was not the best) and today I caught myself thinking about the huge strides this guy has made since Vince Carter’s departure. Would Bosh be the player he is today if Vince was still around? I am skeptical. People will always question the trade of Vince Carter, but one aspect that people forget about is it allowed CB4 to make this team his own.

This game was also another perfect example of good wing-play for the Raps. The trend seems to be that when two of either Peterson, Parker or Graham have good games, the Raps are more likely than not going to secure the win. Friday it was Peterson and Graham. During the Sunday matinee it was Graham and Parker. That’s right, back-to-back solid performances by Joey Graham following up his 19 point performance Friday night with 15 points on 7-10 shooting, 5 rebounds, 3 assists and 2 steals yesterday. Although Parker was much more active in the first half then second, he had another steady game. Parker is a guy that gets very little pub these days which is odd considered how much better he has been playing as of late. I remember wondering what he was going to bring to the team after watching the pre-season and the first few games of the regular season. Looks like it just took him a while to start feeling comfortable and figure out his role. He has definitely been a pleasant surprise.

Also a pleasant surprise lately has been the attendance at the ACC. You can tell the city is really starting to warm-up to this squad and is ready to get back on the bandwagon. (How else to do you explain over 18,000 for the Hawks?) Home games are becoming fun like there were five years ago. One of the reasons it is more fun to attend a home game is that there is a good chance the Raps will win. The Dinos are now a solid 10-5 at home which gives them the fourth best home record in the East right now. This only bodes well for the rest of the month as after the three road games this week the Raps are in for a long stretch of home games.