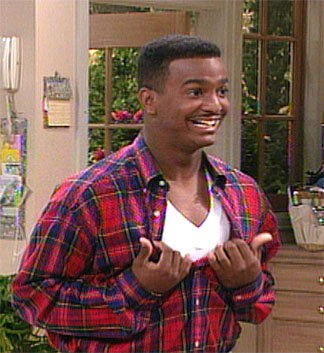 First I was going to write about Phoenix’ scary offense and what a job Bryan Colangelo and co. did during these past few seasons in terms of finding talent for the Suns.

Then I was going to discuss how good Chris Bosh looked on both the offensive and defensive ends of the court.

But wait, in comes Darrick Martin, especially in the second half, playing like he was back at UCLA draining three’s and so I was about to open with that.

And then in the game’s final minutes, Steve Nash steals the show making big plays down the stretch including a ridiculous three-pointer with a minute and 19 seconds left making him the obvious choice for the lead sentence.

But good golly Miss Molly didn’t the crew that does the Raptors' basketball games steal the whole show.

For those of you who didn’t see it, with seconds left in the game, a graphic was displayed showing that the Raptors had one 20 second timeout remaining in the game. So after Anthony Parker’s heroic three, and Shawn Marion going one for two from the line, Toronto was down only two with a good three seconds left. I figured Sam Mitchell would either call a timeout, or Toronto would race to get the ball across half, than call one to draw up a play.

Instead, viewers were treated to a Chris Childs circa the 2001 playoffs impersonation, as Darrick Martin drove the ball across half and heaved a shot that came closer to the shot clock than the rim.

Phoenix therefore walked off the court with
a 100-98 win over Toronto and I was left staring at the screen in bewilderment.

Why didn’t Sam use the timeout? I could understand not wanting Phoenix to setup defensively but Toronto didn’t need a three! How about drawing up a set "catch and shoot" play for Bosh down low? Or what about a draw for a quick jumper from Bargnani?

ANYTHING but a Darrick Martin heave!

And finally, the icing on the cake.

After pointing out that Toronto had one 20 second time-out left after the "timeouts remaining" graphic was displayed, Chuck Swirsky didn’t even mention the bizarre end to the game after the Martin heave.

Yep, not even his usual "Leo, explain why the Raptors didn’t use a timeout there."

Instead, we were rushed off to hear from Steve Nash.

I mean, I think Nash is terrific, a great ambassador of the game of basketball, an inspiration, heck, I still think he’ll be remembered as one of the top five point-guards of all time when he hangs up the kicks.

Chuck spent more time praising Steve Nash throughout the game then he did even discussing the entire Raptors team! And yes I’m exaggerating a bit here but the point is that as a Raptors fan, I’d much rather know what the hell just happened at the end of such a close game then hear from a player from the winning team who had nothing to do with the game’s final possession...even if he is Canadian.

I mean, we didn’t even get to see a replay!

It wasn’t until 12:14 this evening (or this morning technically) almost three hours after the game’s conclusion, that I finally figured out what happened. Apparently, the Raps telecast crew made a mistake and in fact, Toronto did not have any timeouts remaining.

And that made me even more mad.

Yes, the TV crew bungled the stat, but why must I watch RaptorsTV for three hours after the game and have Jack Armstrong make a point of pondering the timeout situation in order to get this information?? I mean, the revelation that Toronto did not have a timeout changes everything. Now, instead of wondering why Martin did his best Carlton Banks impression in the "pass it to Will" episode, I’m thinking, "well, at least he got if off in that short period of time." Talk about a swing in emotion.

But enough ranting, let’s get down to this game.

First of all, you can’t say enough about Chris Bosh. CB4 had 26 points and 14 rebounds in his first game back after missing 12 and looked like he’d been playing all along. Besides his key rebounds, blocks and of course, scoring, the thing I wanted to touch on the most is this guy’s commitment. I’ve been following basketball for quite a while and I don’t think I’ve ever seen a player play that well after such a long layoff and this really goes to show just how hard he worked to make sure that his game didn’t get rusty while his knee healed.

And while Bosh was phenomenal, my MVP for Toronto last night was Anthony Parker. In the boxscore he had 16 points, four rebounds, four assists and four steals but the real story was his defence. Parker made Raja Bell, Steve Nash and Leandro Barbosa work for every shot they had and was instrumental on two occasions for Phoenix getting called for 24 second shot-clock violations, a phenomenal feat considering that Phoenix likes to play with about a 10 second shot-clock. He also grabbed a number of huge offensive rebounds (three of his rebounds were on the offensive end) and just seemed to be everywhere on the court. With Mo Pete, Joey Graham and Fred Jones struggling, Parker has really become the "glue guy" for this club.

AP did get some help though as the Raptors were more aggressive on both ends of the court than I’ve seen in some time and they did as good a job as possible of controlling the game’s pace so as not to play right into the Suns game-plan. The Raptors out-rebounded the Suns and this helped keep Phoenix’s run-and-gun style to a minimum. Toronto also forced Steven Nash to the corners as much as possible forcing the ball out of his hands and limiting his effectiveness.

However I think Sam Mitchell should have played Calderon in the game’s final minutes. The offence almost ground to a standstill as he pounded the ball into the hardwood, waiting for Bosh to get open. The Suns knew CB4 was going to get the ball so they were basically triple-teaming him. Calderon looked like he lost some confidence after getting blocked by Amare on a few occasions but I still would have preferred to have Jose out there to get some more motion in the offence. Maybe Toronto could have scored on a few more of those final possessions and we wouldn’t have needed to have had Darrick Martin give her the old "heave-ho."

While the Raps have now lost three straight, the last two losses were nothing if not inspiring. A huge comeback against Memphis and in taking Phoenix to the limit, Toronto should be able to find a number of positives to take away from both situations heading into tomorrow night’s game versus the Hawks...