Share All sharing options for: Game-Day Preview - Raptors vs. Celtics 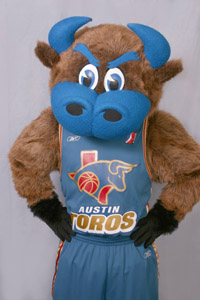 We’ll start this edition of "Game-Day" with a big shout to Chris Bosh.

As most Raptor fans now know, last night CB4 was named as a starter for the Eastern Conference in next month’s All-Star game. This marks his second straight appearance and slowly it seems that Bosh is moving out of the long shadows cast by his 2003 draft-mates’ Lebron, D Wade and Carmello Anthony...especially considering the way his team is playing.

With a win tonight over the Celtics, the Raptors could finally reach that elusive .500 mark and look to put some serious distance between themselves and the rest of the division. Last night the New Jersey Nets suffered their third consecutive one-point loss and it seems that fate has given Toronto every reason to capitalize on this stretch of games against weaker opponents.

And speaking of which, doesn’t it seem like Toronto has played Boston about 15 times now? Well, thank goodness for the Atlantic Division then. Not only does the inferiority of the division mean that Toronto has a chance to hang close to the top regardless of their record, but also, they play these same lackluster clubs more often than any other of the NBA’s squads. That’s why to get a strangle-hold on a playoff spot, the Raps need to continue winning these types of contests...even if it means pulling them out at the last second, like Wednesday night’s victory.

Therefore this game comes with the same cautionary tale as the last bunch of pre-game posts...finish this game early!

Al Jefferson, who has been the Celtics most consistent player in the past few weeks may not even be playing tonight so Toronto has no reason not to come out of this with an easy win as once again, the Raptors are playing essentially a Division I College squad. Check the injuries:

Talk about losing your key players.

But as Raptor fans it’s tough to feel sorry as we’ve had to endure our share of M.E.’s reports these past few years and even currently as both TJ Ford and Andrea Bargnani are still listed as day-to-day for tonight’s event.

The Celtics have lost their last nine games and Toronto has won both contests against the C’s so far this season. Once again Boston will be looking to use their quick guards to penetrate and open up shots for the likes of Gerald Green and Allan Ray and Toronto needs to do a better job defending these situations than the last time they played this D League squad.

And that’s a great segue way to show the following clip.

In what has to be one of the most bizarre and hilarious basketball-related clips ever, the mascot of the NBDL’s Austin Toros has been suspended for two games for this incident Wednesday afternoon against the Colorado 14ers.

The interesting thing is that the game featured a current Raptors’ homecoming (PJ Tucker) and a former Raptor (Loren Woods.) Tucker made two of six attempts for four points and also three rebounds and two assists. So far for Colorado, Tucker is averaging nine points and three rebounds in 23.6 minutes of action. He had a season high 16 points and five rebounds January 19 against the Anaheim Arsenal. Tucker is progressing along nicely and his team, which features the likes of Rick Rickert, Louis Amundson, Von Wafer and Pooh Jeter, is currently in second place in the NBDL’s Western Conference.

He’s averaging a stellar 11.4 points and 10.12 rebounds a game, in addition to blocking on average two shots per contest. In fact it wouldn’t surprise me to see ol’ Loren back in the league for depth on a team’s bench at some point this season.

Some great discussions yesterday on the site about the Raptors looking to find that one missing piece, most notably a swing-man who can create his own shot - I for one would love to see Maggette here in Toronto but I understand the concern if he’s not a starter as he has in the past been an issue for the Clips. However the Los Angeles papers this morning are stating that Maggette isn’t going anywhere for the rest of the season. While it sounds like they were in talks with the Nets at one point about Kidd and Carter, that now seems to be dead and New Jersey may have to "use what they got" ala Motion to make the playoffs.

Finally, something I totally forgot to discuss in yesterday’s "Tip-In."

How does everyone feel about the Raps’ new intro? And where did it come from?

I don’t recall the team ever switching intros mid-season unless a major trade went down and I’m wondering if this wasn’t more of a marketing change than anything else. I liked the old introductory montage although I’m wondering just how many of your "average" basketball fans knew Rage’s "Renegades of Funk."

U2? Well...I don’t think it’s any worse...more "poppy" for sure...but I still think the Raptors missed the mark again.

Watching Chris Bosh and co. come out and try to chest bump in time to the Edge’s guitar blasts was a bit awkward to say the least and I’m still more partial to a good defining instrumental prior to a heavy percussion segment while the players go through their pre-game motions.

How about the horn riff sample for Pete Rock and C.L. Smooth’s "T.R.O.Y.?" Something like that could become an ACC staple for years to come and when you heard that horn, you’d know it was time for Raptors’ ball.