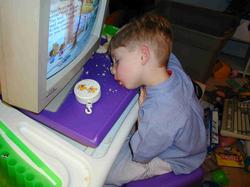 If there was one game so far this season that the Raptors just couldn’t lose it was last night's game against the Milwaukee Bucks. Coming off a disappointing loss to the Nets and playing a team shy four of their five starters (Williams, Villanueva, Simmons and Redd) there was no excuse for not picking up an easy road W.

Sure wasn’t pretty though. Early on the starters looked like they had not taken a lesson from the night before and the depleted Bucks got off to a fast start. One of the main reasons for the slow start was Terry Stotts taking a page out of Lawrence Frank’s play-book showing the Raps a 2-3 zone right off the bat. Without any practice time the Raps looked lost. Bosh couldn’t get involved and an easy shot was tough to come by. Before you knew it, a 15-5 lead for the home team.

Thankfully things started to change for the better. The turning point? A TJ Ford tear drop at the 5:59 mark of the first Q. From that point on the Raps started to put things together and the Dinos were back in the game. Much to Milwaukee’s credit, despite blowing the early lead, their players didn’t fold-up tent and the first-half was a back and fourth affair. Generally it was a fairly entertaining first half too and there were some good things going on for the Raps. Bosh and TJ were getting things going, the former on his way to a huge night with 30 points, 8 boards and 6 blocks. By the end of the game Bosh had put on a clinic on the offensive and the defensive ends.

Of course between the half and the end of the game I unfortunately was exposed to the third quarter. This was undoubtedly the ugliest and most boring quarter of Raps basketball all year. In the third stanza there were 28 points scored...between both teams! I think I shook my head more times than that during the quarter just trying to stay awake. No shots were falling, the shot selection was fairly poor and there was absolutely zero flow to the game. The fourth was marginally better but at no point was there anything to get really excited about.

Of course I did notice a few things that are noteworthy. I mentioned this a few days ago and I think it bears repeating. Anthony Parker is a GAMER. Parker played very well and even though the stat line for tonight would indicate a solid game, he did more than any box score could indicate. He played really solid D and it feels like he never takes a bad shot. Tonight he showed off some of his athleticism and was really the only wing-man to show-up. Without Parker’s play I am pretty sure the Raps lose this game. The rest of the swing-men just did not get it going. Graham, Peterson and Jones all struggled. Wouldn’t it be nice if you could mold these three guys into one? Graham’s body, Peterson’s range and ability to hit crazy shots, and Jones’ athleticism. Then you would have one hell of a player.

One guy that did not play that much on this night was Calderon. Coming off the great performance in New Jersey one would have thought he would get some serious minutes. This was not the case as Calderon only played 14 minutes. Usually that would bother me but in this case it doesn’t. Why you ask? Over the past few nights it seems like Mitchell is simply going to go with the hot hand at the PG spot. If that is the case (I will need to see this happen a few more times) then I am all about it. One of my fears early in the season was that Mitchell would simply play Ford over Calderon because of what the team had to give up for him and the $$. I would love to see Mitchell simply play the better player on any given night.

Perhaps the most interesting part of the evening for those fans who watched until the end was the exchange between Leo Rautins and the Swirsk. It is now official. Mr. Salami and Cheese is a corporate sell-out. He admitted it on national TV. Sure it’s not really noteworthy as the whole world knew it, but at least now we know for sure that Chuck views himself as a promoter rather than a broadcaster. This begs a question that the Sportguy has asked on a number of occassions....what ever happened to true broadcasting?

Next game against the Celts who have now lost Tony Allen to injury. A lot of parallels between this game and Friday’s. Two injury plagued teams and no reason not to grab a W.