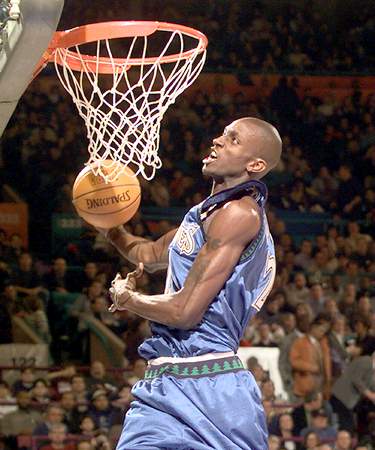 For a team that was supposed to be struggling this season, the Timber-wolves have been better than expected.

In fact the Wolves are only a few games back of a playoff spot in the rough Western Conference and are coming off a big win over the Chicago Bulls last night. Randy Foye had a career-high 25 points and and made a runner with 1.8 seconds left to lift the Wolves to a win.

Minnesota hasn’t been relying on one player however to get the job done as while Kevin Garnett has been his usual steady self, he’s had some help from his team-mates including some surprising contributions from draft picks Craig Smith and the aforementioned Foye.

On the Raptors’ side, it’s going to take a full team effort to grind out this win. The Wolves play a hard-nosed style of ball and while not great offensively (averaging 93.3 points per game, 26 in the league) they are one of the best defensive clubs in the association holding clubs to 94 points per game on average.

Toronto’s going to need to bring a total team effort similar to their recent wins against the Blazers and Clippers to get the W tonight as the team will be without Chris Bosh once again. In fact, while Bosh has been back on the court practicing, he probably won’t play until the New Year.

Without Bosh, Toronto once again is going to have to find a way to stop the opposing team’s post player. They had success against Elton Brand and Zach Randolph on their recent West-Coast swing and defensively will probably try to employ similar tactics. Garbajosa will get the main assignment of guarding KG but the Raps other players will be ready to double. If Toronto can keep KG under relative control and prevent him from getting his team-mates involved, this will go a long ways towards getting the win.

The second key to this game lies on the defensive end as well. While the T-Wolves are one of the better field-goal shooting clubs in the league at almost 47 per cent, they are terrible from long-range (31 per cent) and I’m hoping Sam Mitchell and co. have the Raptors zoning-up much like they did against the Clippers.

Finally, Toronto needs to put a clamp on Mike James. The former Raptor would probably like nothing more than to go off against his old team (similar to his performance around this time last year against Houston when he was with Toronto) and we all know that he is more than capable of doing just this. James hasn’t exactly had the same degree of success this year with Minnesota and part of this is probably due to the T-Wolves’ offensive system which is much more deliberate than Toronto’s last season. TJ Ford has trained in the off-season with James and is quite familiar with the former Rap and tonight’s match should be a good showdown at the 1 spot. The winner of the battle may go a long way in determining who comes out of tonight’s game with a W or an L.

And maybe another jump in next week’s ESPN.com’s power rankings.