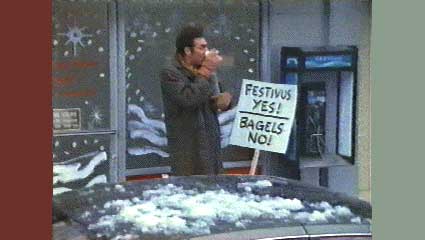 At this point in the season, the Toronto Raptors have played 18 road games, most in the league.

Finally, they’re about to come home.

Toronto ended another brutal "four game in five nights" stretch with a 110-97 loss to the Seattle Sonics as it appeared that fatigue finally caught up with the club.

The Raptors started slow on both ends of the court allowing Seattle to take a 36 to 22 lead at the end of the first quarter and Ray Allen (who played much like his alter-ego Jesus Shuttleworth of "He Got Game" fame) torched the Raps with 28 points, six rebounds and five assists. He shot five of six from beyond the arc too, the exact thing we discussed here yesterday in terms of "things that Toronto can’t let Seattle do if they want to win this game."

Toronto didn’t heed our advice in other areas either.

They made only 16 trips to the free-throw line and were out-rebounded 45 to 34.

And don’t tell me that it was Seattle unexpectedly starting Danny Fortson that threw them for a loop.

No, Toronto just didn’t bring it intensity-wise until it was basically too late.

TJ Ford led the Raptors again with 24 points, nine assists and three steals. He also got some help from Jorge Garbajosa (18 points and seven rebounds) and Fred Jones (19 points and three steals) who has been playing with much more aggression as of late. But these three just couldn’t do enough offensively to stem the Raptors’ defensive woes as they allowed the Sonics to shoot 51.2 per cent from the field and an absurd 58.3 per cent from beyond the arc - not exactly numbers you want your opponent to hit if you’re intending to win the game.

For those who got to see it on "I Can Pay More For Worse Content TV"...oops...um...I mean RaptorsTV, it was disappointing to watch Toronto come out lacking the energy and gumption they displayed in their last two thrilling wins. And even though there were some nice plays (Ford’s alley-oop to Fred Jones) I found them few and far between as the defensive stops just weren’t there. Toronto still shot 46.5 per cent from the field in the loss after all.

I think the other issue for me last night was the way minutes were doled out.

(Uh oh Franchise, I thought Mitchell was getting in your GOOD books?)

Well, it wasn’t so much Sam’s substitution patterns, I think he was trying to find something that worked after he saw how lack-luster his squad looked, but I’m starting to think that Morris Peterson needs to play more minutes and the Raptors need more minutes from Peterson. Joey Graham brought essentially nothing to the table once again and I’m ponering the re-insertion of Peterson into the starting lineup. Graham just isn’t playing well on a consistent basis and last night foul trouble wasn’t even an issue - he didn’t have a single personal.

So now the Raptors get some much-needed time-off before facing KG and former Raptor Mike "Space Mountain" James on December 27. And on a large scale, you’ve gotta be quite content with the Raptors play through almost a third of the season. Even with last night’s loss, the rest of their division has struggled to the point where Toronto remains in first place with a 12 and 16 record having played a tougher schedule than the majority of their counterparts. In fact, the division’s projected top team the Nets, suffered a huge blow to their hopes this season when forward/center Nenad Krstic suffered a torn ACL in his left knee and is now out for the season. And on top of this, Toronto has played much better as of late, even without All-Star Chris Bosh, which hopefully bodes well for the team once he does return.

On behalf of all of us here at RaptorsHQ we’d like to wish one and all a Merry Christmas and a happy holiday season. Here at the HQ we’ll be putting up the traditional Festivus pole and Howland and I will be performing the feats of strength tomorrow (which is kinda like Jorge Garbajosa versus TJ Ford I might add) and tonight will be going to sleep not with "visions of sugar plums" dancing in our heads, but visions of better three- point shooting.