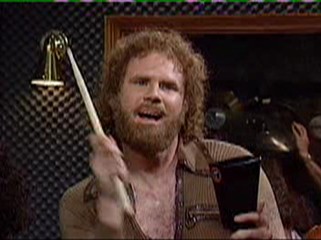 Much like Wednesday night’s game against the Magic, (click here to hear the podcast recap of the game with Ryan from Hoops Addict.com) tonight’s game will feature two teams battling it out while missing key players in their respective lineups.

Chris Bosh continues to be hampered by knee problems and will miss tonight’s game as well as Sunday’s match against Golden State. In fact it’s not certain at this point when he’ll return, something the Raptors will have to adjust to.

For New Jersey, Richard Jefferson is still battling reoccurring ankle issues and will not be in action for the Nets tonight. This is a big break for the Raptors as the big three of Jefferson, Jason Kidd and Vince Carter had finally been living up to their pre-season hype as of late and playing quite well offensively. If Toronto can get the type of performance from their team tonight that they got in Wednesday’s win over the Magic, this should be a closely-fought contest.

And yes, this is a contest that Toronto needs to win.

Presently, Toronto is a game and a half back of New Jersey for first place in the Atlantic Division and a win would obviously keep them in the crawl to the playoffs. Beyond this however, New Jersey has already beaten Toronto once this year, so in case of a tight race down the stretch, Toronto needs to get even in the teams’ season series. Toronto also needs to get this win before a tough matchup against Golden State Sunday at home and then another tough West-coast raod swing featuring back-to-back contests against the Suns and Clippers, and Blazers and Sonics. And finally, looking at the rest of their division, both New York and Boston have tough matches tonight so a win would put some space between the Raptors and their division rivals. Philadelphia is playing tonight too, but without Allen Iverson, they face what looks to be an inevitable loss to the Dallas Mavericks.

Speaking of Iverson, we’ve shied away from the AI discussions here at the HQ. Would we welcome an attempt by GM Bryan Colangelo to make a play for "the answer?" Well, that’s an article for another day but interestingly enough the Toronto Star is reporting today that the Raptors have been trying to get into the AI hunt. While they’re not looking to acquire Iverson, they may use some of their cap space/current roster to facilitate Iverson’s movement to another club in what would become a three-team deal. As of now, it sounds like no serious talks are in the works, but the feeler’s are definitely out there. From Toronto’s recent "Boshlessness stint" it’s become painfully obvious that this club needs a true secondary scoring option, preferably one who can score off the dribble and get to the rim.

The Nets have plenty of players who can do just that and Toronto is going to have to do a number defensively to get this win tonight. Vince Carter has been red-hot from beyond the arc lately hitting 15 of his last 31 attempts and playing his best basketball of the season. And Jefferson aside, the Nets are healthier then they’ve been for quite some time as Eddie House and Josh Boone have helped fill out the Nets bench and the likes of Hassan Adams, Antoine Wright and Mikki Moore have been making regular contributions for Lawrence Frank’s second-unit.

So the keys to tonight’s game for Toronto as we see it?

First of all, a more cowbell! Er…more Bargnani! Without Bargnani’s offensive display Wednesday night in Orlando, Toronto would have been hard-pressed to hang on for the win and therefore it’s imperative that Il Mago brings his A game again this evening. The Nets will have a tough time matching up with the 7-footer so Toronto has to use him to create scoring opportunities for the entire team. This point actually extends to other Raptors as well. Toronto needs to get touches for Rasho Nesterovic and look for him offensively to help open things up for the Raptors’ "get to the rim challenged" wings.

Second, stop New Jersey in transition. The Nets love to get out and run and have the point guard and wingmen to do it effectively. Toronto’s had success in more of a half-court scheme as of late and for anyone who saw the Nets/Suns match from a week ago, it’s probably best not to cater to New Jersey’s up and down style of play. Perhaps the Suns can put up enough points on the board to play in that type of match…but the Raptors, especially without Chris Bosh, simply can’t.

Make someone other than Vince Carter beat you. Vince is going to get his. He might not get 50 points, but he’ll find a way to score. However Carter is much more dangerous when he’s getting his other team-mates involved and giving them wide-open looks. To win this game Toronto let the likes of Eddie House and Antoine Wright score 20 points each on easy looks created by Carter. Joey Graham might get the assignment however I’d rather see Joey guard Antoine Wright (who will start in place of Richard Jefferson.) Toronto needs Joey on the offensive end and his value will be greatly diminished if he’s forced to sit on the bench for picking up cheap fouls trying to guard Vince. No, I’d prefer to see Anthony Parker on VC and both he and Joey helping out on Jason Kidd (who will be looking to post up TJ Ford all night.) The Nets are not a great defensive team (giving up almost 100 points a game on average) so Toronto needs to once again make sure they not only do a good job defensively on the Nets’ scorers, but also make them work on the defensive end of the court.

Finally, we’d like to announce that our host Hooplife’s main webpage is up and running! Click here to get your fill of all things basketball with a distinctly Canadian feel!

As for us, we finally cracked the spam issue that shut our site down earlier this week however the comments section is still out of commission. We’re currently doing some security upgrades so hang tight and we’ll be running in tip-top shape in no time! In the meantime, the Hooplife message boards (click here) are always open for business and we’ll be using them to discuss the Raps until we get the comments’ section back up and running!