Share All sharing options for: Game-Day Preview - Raptors vs Celtics 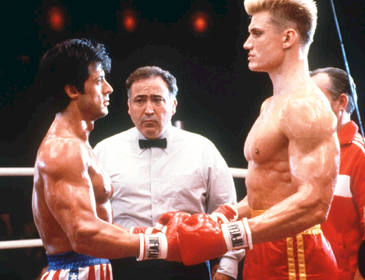 Well folks, this is it.

The bout of a lifetime.

But I'm not leaping tall buildings here by saying that tonight's game against the Boston Celtics and tomorrow night's game vs. the New York Knicks are incredibly important in terms of the Raptors' playoff chances. Why? Well...

First of all, these are both teams that Toronto can beat. I strongly feel that the Raptors are a better club overall then either of these opponents regardless of the talent on paper. Chemistry is a big thing here as for starters, Toronto doesn't have a player routinely breaking the coach's plays (Paul Pierce) or attempting a self-alley-oop on the fast break (Nate Robinson.)

(As an aside, Robinson's And 1ish play was maybe the single funniest and bone-head play I've seen since Ricky Davis shot the ball at his own basket to try and seize the rebound for a triple-double.)

Second, these are two of Toronto's divisional rivals so getting the wins will go a long way in determining Toronto's playoff hopes and their seeding come season's end.

And finally, seeing how close the Atlantic division is, (ok so maybe close is a bad choice of words...let's try poor) each and every game like this could be huge in determining if Toronto makes the playoffs. For example, if Toronto and Boston end up tied for the last spot in the playoffs, games such as these will be used as the tie-breaker.

Toronto needs to win these type of games.

So after the shellacking in Dallas, how do the Raps bounce back?

1) Get back to playing some brand of defence. The Celtics are the fifth highest scoring team in the NBA right now at 100.9 points per game. While they're not a superior shooting team from the field at 45.48 per cent, they do a lot of their damage from long-range. Boston is the top three-point shooting team in the league at 39 per cent and they supplement their offence by getting to the foul line where they shoot on average 30.6 shots a game, good for third best in the league. It's therefore imperative that Toronto does a better job guarding the perimeter and a small note to Sam Mitchell and co...perhaps a zone defense isn't the best idea tonight. Toronto has the players to match up with most of the Celtics defensively and if the Raptors can keep the Celtics off the free-throw line and stymied on the perimeter, it will give them a huge advantage.

2) Rebounding. While it may not appear that the Celtics have any legit rebounding bigs, Boston has a number of players who are great rebounders at the guard positions and in fact the Celtics are currently grabbing the ninth most rebounds per match in the league. Paul Pierce, Ryan Gomes, even rookie Rajon Rondo are all great rebounders at their respective positions and Toronto is going to have to do a much better job on the glass than they did Wednesday night in Dallas. In particular, if Sam Mitchell is going to refrain from playing the likes of Rasho Nesterovic and Kris Humphries, Toronto has to get a better effort rebounding-wise from Andrea Bargnani...or trade for Jamaal Magloire. Bargnani's got the size and trunk to do be a good rebounder, and while maybe not the strength and experience yet, he should still be at least able to box out most of the Celtics due to his girth. If Toronto can't control the boards it will be disastrous as Boston has the back-court speed to get out on the break and score in transition.

3) Match-ups. Obviously, Paul Pierce is the biggest concern for Toronto individually in this match. Anthony Parker will probably draw the assignment of shadowing Pierce with some help from the likes of Joey Graham and Fred Jones. We all know that Pierce can get his 30 points at the drop of a hat. The key will be to keep him at that level and prevent him from getting his teammates involved. That's why in terms of matchups, it's not just important that the Raps do a number on Pierce, but also matchup well against an equally fast backcourt with the likes of Sebastian Telfair and the aforementioned Rondo. The onus of this will fall on Sam Mitchell to get these matchups working to Toronto's advantage.

Speaking of Mitchell, we're pretty sure that the Sportsguy will be watching this match closely as it will feature two of his favourite coaches, Doc Rivers and Sam Mitchell, in the battle for "coaching supremacy..." In all likelyhood, the vultures will start circling again for whichever coach ends up on the losing side.

Here's to hoping that Mitchell comes out on top leading the Raptors to a win but in any event, this battle figures to be one of epic proportions...or at least something on par with Kenny vs. Spenny.