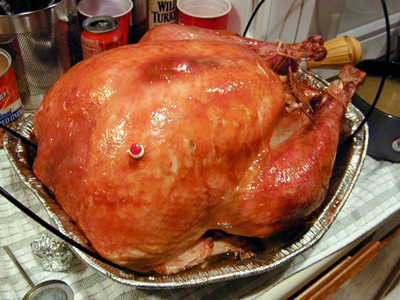 When the Raptors last played the Hawks only a few short weeks ago, that was the free throw attempt discrepancy between Atlanta and Toronto.

The Raptors had their chances to win that game but couldn't keep the Hawks off the glass or from shooting under 50 per cent and lost by nine. Lately, we've been preaching the importance of the Raptors getting to the free throw line and even if Toronto had shot 10 more free throws, that could have proven to be the difference.

So surprise suprise, that's key number one in our books for tonight's game.

The Hawks come into tonight's game having lost every game since they last played the Raptors and are feeling the effects of the injury bug. Marvin Williams is still not back for the Hawks, Speedy Claxton has been in and out of the lineup and now Josh Childress is struggling with a foot injury. Therefore, Toronto should be able to take advantage of Atlanta's short bench and wear the Hawks down. It's the HQ's hope that this translates at the free throw line as some of the Raptors, especially given Atlanta's "short-staffedness," will have distinct advantages.

Take Chris Bosh. CB4 missed practice yesterday with a sore right knee but if he does play will in all likelyhood force the Hawks to use Shelden Williams, Matt Frejie or Lorenzen Wright to guard him (which incidentally spells mismatch no matter how you rearrange the letters in their names.) As long as the Raptors get the ball into Bosh early in the offense, Toronto should be able to dictate the pace and this is the second key to our game. The Raps have had more success as of late playing a slightly slower-paced offensive style and pounding the ball into Bosh to let him create. This should play right into this "reined in" tempo and allow others like the steadily improving Andrea Bargnani, to get into the half-court flow as well.

The other way to keep the Hawks from getting fast break scenarios is to control the boards, our final game key. Fans saw the Raptors do a fairly good job against Cleveland's imposing front line Wednesday night and they'll need a similar performance tonight if they want to secure the victory. While young, Atlanta has a good crop of rebounders and not just at the 4 and 5 spots as Josh Smith, Cedric Bozeman and Joe Johnson are all excellent rebounders at their respective positions. Therefore Toronto is going to need another solid effort on the glass from its wing players, especially Joey Graham. Graham himself may be a key if Toronto struggles again from long distance as it will be imperative for both he and Fred Jones to continue attacking the rim and not settle for perimter jump shots.

On a final note, the Raptors enjoyed a huge Thanksgiving Feast courtesy of coach Sam Mitchell and fam at his off-season home in Atlanta. Not only was the entire Raptors' squad present but various other members of the organization as well.

So much forMarty York's tales of dischord...