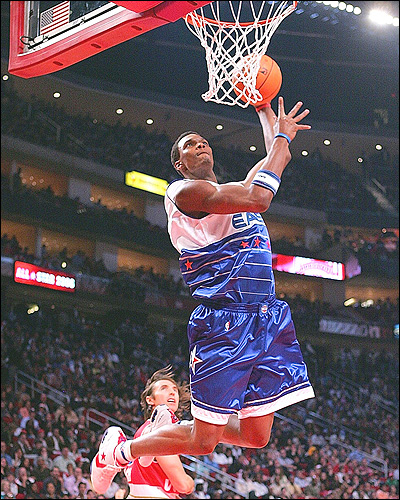 To say we are pumped would be a drastic understatement.

Welcome to the new HQ.

We know it has been a long time coming, but here it is and we hope you like it. First off a few shout outs.

Special thanks to Eric B. who runs the fan.ca network and whom we are very grateful to for hosting the HQ up to this point in time.

Second, to Kevin Gavin, the main man at Hooplife.ca who approached us with the idea of providing his site with Raptor commentary. Kev has been very helpful in getting this underway and allowed our site to re-launch prior to his! But have no fear, Hooplife.ca will be completed shortly and we can't wait to be a part of the Hooplife fam.

Third, thanks to Jerry, our designer, who has worked diligently to get this site looking DOPE and who we'll be continuing to work with as the site progresses.

And finally, a big shout out to our readers. We love providing commentary and analysis on the Raps and the great feedback and comments we get keep us going.

In fact we would love to hear from you, the readers, once you have had a chance to explore the site. Obviously there have been some major changes but we are still looking to improve. In fact, there are some areas we are still working on that will be up and running soon enough, but any constructive feedback is more than welcome. This is a site run by Raptor fans for Raptor fans. To that end, all feedback can be sent to either raptorshq@hotmail.com or our new address raptorshq@hooplife.ca.

So what about these features. Well, here's a couple of them:

First, interactivity. While we're not sure if that's exactly a real word, the point is that between photos, podcasts and at some point videos, we'll be trying to make this site as interactive as possible so it becomes a true portal for all basketball fans.

Second, we continue to develop our relationship with the BEST draft site out there, www.draftexpress.com. We'll be regularly updating our top prospect rankings and working with draftexpress to provide Raps fans with the insight on all upcoming young gunz.

Third...well let's just say that we've got some other stuff in the tank that isn't quite ready yet, but we feel that some of the best is yet to come.

It's been busy here at the HQ as we've both been working hard getting things set up. We've also been contributing to various other media as well however.

As you may have seen, we have a feature article in the new HoopsAddict Magazine. If you are down at the ACC for the home opener they will be handed out at Union Station so be sure to grab a copy! We also just did another

And the Raps trying to ensure that the excitement around this team doesn't disappear in a puff of smoke.

Here are three things we'll be on the lookout for:

1. Battle of the Bigs: As some of our readers have noted on the site in the past few days, Milwaukee has gotten good production from its bigs so far including scoring an outstanding 70 points in the paint against the Detroit Pistons. Toronto on the other hand, just got smacked on the inside by New Jersey...not exactly a team known for its interior presence. This is going to be a key tonight...and all season we're afraid, especially if Rasho gets in foul trouble. If Toronto can't contain and defend the interior, that leaves a lot of room for Michael Redd to fire away from the outside.

2. Subs and Production: Last game we were critical of Mitchell's substitution patterns. Tonight we'll be keen to see just how the minutes are doled out as Toronto faces a much different club then the Nets. Milwaukee is well equipped to play a slowed-down, half-court offence and score on the inside and out. The Bucks did this to the Pistons Wednesday night and Toronto is going to have to do a better job defensively through this game's entirety.

3. One on one matches: Perhaps this will be the real focus in the game however. TJ Ford vs. Mo Williams. Chris Bosh vs. Charlie Villanueva. Even the battle of the last two number one overall draft picks perhaps in Andrea Bargnani and Andrew Bogut. While Toronto needs to rebound, play better defence and protect the paint, perhaps the team who wins the majority of these individual battles will get the W.